Poverty, disease and broken hearts -- can religion be the answer to these and other problems in today's world?

According to a recent Gallup poll, 57% of Americans believe that religion can solve all or most of today's problems. While still a majority belief, the number is down from 82% who believed this in the 1950s, while the number of Americans who believe religion is old fashioned and out of date has grown to 30% from less than 10%. 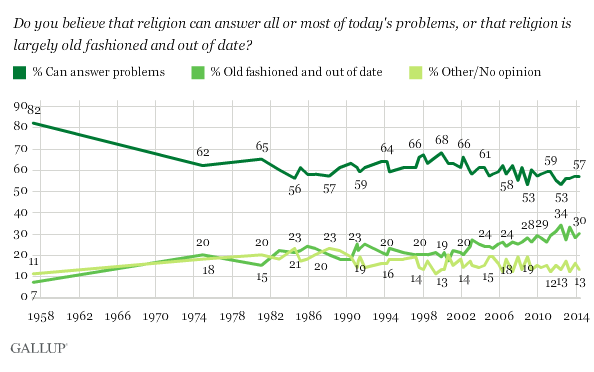 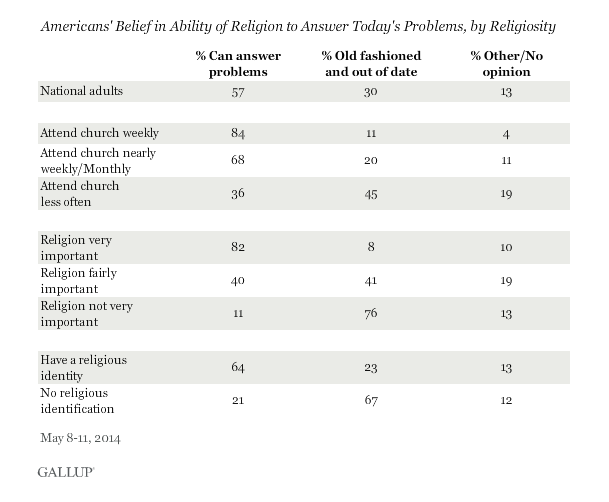 Demographics also play a role in determining a person's faith in the ability of religion to bring relief from world problems. As of 2011, 91% of Americans believed in God, according to a Gallup poll. Liberals demonstrated somewhat less faith than conservatives -- 85% compared to 98%. But when it comes to believing religion might help solve world issues, liberals are much less optimistic. 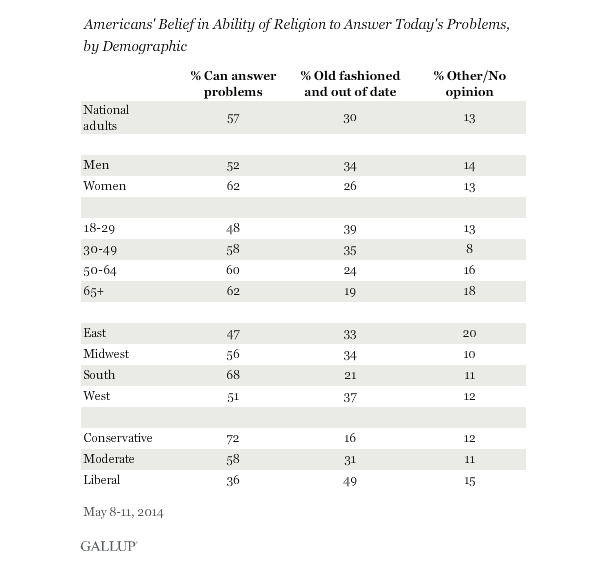 Meanwhile, countless religious and faith-based groups around the world are working to prove that religion can be a force for positive change in the world. These organizations use faith as a tool for spreading messages of compassion and care, and they have steadily increased in their numbers over the years -- even as the belief in religion's ability to solve today's issues has decreased.