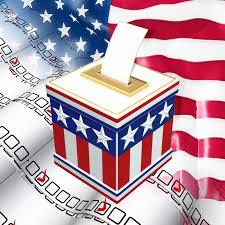 It has been an interesting experience; growing up in Canada, and living as an adult life the US. These two countries each have their own particular governmental complexities, political trajectories, and unfortunate stories of loss and decline. Strikingly, in Canada there has not been one candidate that ran or served as Prime Minister that dared to talk about religion. It was taboo. Religion in Canada is a private matter, and is deemed unspeakable to the ears of the nation's public.

In the US, religion is intrinsically embedded in the election process. In has been the marker of public virtue and respectability. Jimmy Carter's character was defined by his Baptist faith. Carter was defeated by Ronald Reagan, who had no strong religious ties, but managed to mobilized great numbers of conservative Christians. Presidential Candidates and Presidents themselves have continued to position themselves religiously; it was not so long ago when George Bush famously described "Jesus Christ" as his favorite philosopher.

Could this situation be changing? In the current election, Donald Trump's religiosity has been at the center of attention. No one approaches Trump's wealth and privilege, but like many of his political peers, he is a self proclaimed Presbyterian. However, it seems his religious literacy is minimal; he has questioned the need for repentance (a rejection of basic Presbyterian doctrine), and even spoke the phrase, "two Corinthians" rather than second Corinthians.

On the Democratic side, there is another noteworthy candidate who similarly fails to match the expected religious profile: Senator Bernie Sanders, the first non-Christian winner of New Hampshire primary. It speaks to the state of American religion today, to have a leftist secular candidate with a Jewish heritage shaking up the conventional political cast of characters. He comes from a religious background, but is not particularly devout in his faith. He is reluctant to talk openly on this issue of religion. He states that "he is what he is," not speaking of his Jewish faith or his wife's Catholic faith. (His wife does praise the remarks of Pope Francis.) It is a development that may be considered revolutionary. A time where the religious and political landscape is changing, as younger generations seem more concerned with honesty and authenticity than religiosity. Sanders may represent a new religious standard for candidates.

It is interesting that in not just Canadian politics, but many other major nation's politics, politicians avoid this subject. While it is certainly not moral to employ religion as a vehicle of prejudice, or cynically manipulate it for private purposes, we cannot hide from it. Those who miss this - perhaps younger generations, and the current popular culture - need to be reminded of its importance. Religious values, fueling America's sense of manifest destiny, have led us to war, colonization, and the near-genocide of Native Americans. Religion has been misused for hatred and destruction across the world. We need to recognize its importance, not only during US elections but in our everyday lives.

Religion can be and needs to be used for so much good. As reminded by Pope Francis, we should use it as means to build bridges instead of walls. (Also like Francis, we need to call out the mendacity of those who use religion for ill.) Religion has to work towards the strengthening of the human spirit and the development of personal ethics, building relations and hospitality rather than spawn animosity.

The necessity for dialogue among religions is vital for both human growth and human peace. Religious dialogue opens doors for friendship, peace and embrace. We see this is happening around the world, and must pay attention to such hopeful efforts.

Even as the place and meaning of religion changes, current and future leaders need to understand religion, in both its perils and possibilities. A meaningful dialogue about religion, between countries and across faiths, could do much to help resolve tensions. This could help bring greater peace and heal painful disparities that divide our country today. The polarizing effect of misused religious affects is why it is so vital for people to understand its current relevance.