What religion does your Congress member identify with? 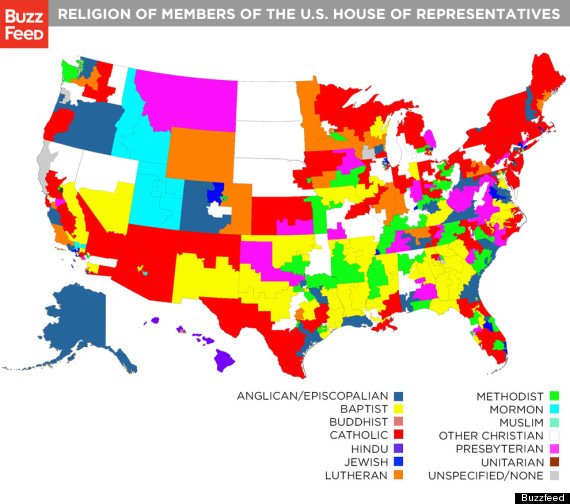 BuzzFeed has helpfully mapped out the religions of all 435 members of the U.S. House of Representatives by district, according to public identifications or statements made by spokespeople to BuzzFeed.

Out of the 31 religions represented in the house, there is only one atheist.

The most well-represented groups are:
Advertisement

The most partisan group? Hands down, Jews, as 21 out of 22 Jewish representatives are Democrats. 7 out of 8 Mormons are Republicans, which makes them the second most partisan faith group.

Only Idaho and Utah are represented exclusively by a single religion, other than states with a single seat.