The latest polls on the Russian people's religious affiliation since the fall of the Soviet Union in 1991 reveals significant demographic shifts, particularly with regards to the percentage of adults identifying as either Orthodox Christian or religiously unaffiliated. The Pew Research Religion & Public Life Project analyzed three waves of data from the International Social Survey Programme to draw some surprising conclusions about religiosity in post-Soviet Russia. 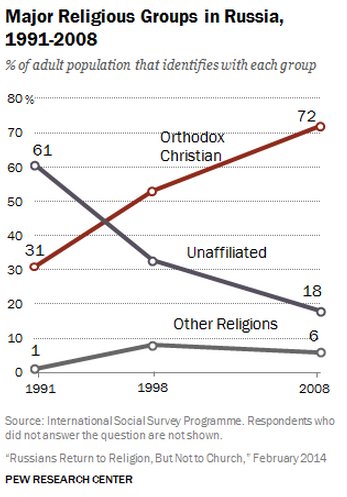 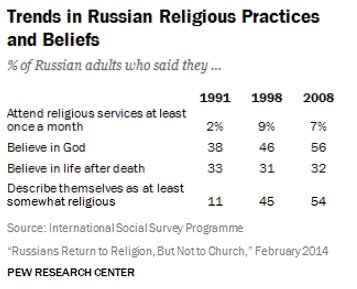 Though Russian adults may now be more likely to identify as a particular religion, that doesn't mean that they are more disposed to attend services. 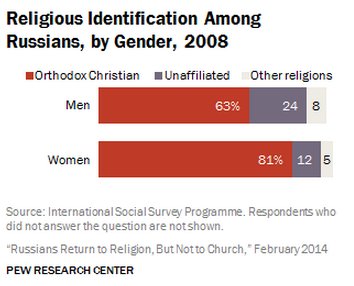 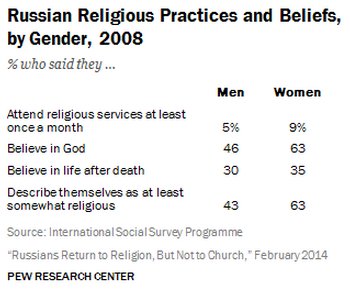 The answers reflect the beliefs of the Russian adult population age 16 and older, and were collected via a self-administered questionnaire in the Russian language. Based on sample sizes and designs of the surveys, the margin of sampling error for results based on the total sample is roughly ±3.0% in 1991, ±3.3% in 1998 and ±4.4% in 2008, with larger margins of error for subgroups.