With heated nation-wide arguments in recent years over issues ranging from same-sex marriage to abortion rights, it's no secret that religious organizations play a significant role in influencing the nation's policies.

Now, a new study shows just how big and expansive the "religious lobby" has become.

According to a study released Monday by the Pew Research Center's Forum on Religion & Public Life, religious lobbying and religion-related advocacy organizations have grown fivefold, from less than 40 in 1970 to more than 200 today. The organizations, which range from the influential United States Conference of Catholic Bishops to smaller Hindu and Sikh organizations, together spend $390 million per year advocating on about 300 domestic and international issues, from bioethics and moral issues to economic and poverty concerns.

Lobbying for the Faithful: Religious Advocacy Groups in Washington, D.C. looked at 212 religion-related organizations that work in the nation's capital and collectively employ 1,000 people in the Washington, D.C. area. The study used tax and nonprofit filings by the organizations, some of which are registered as lobbying groups and others which do broader advocacy efforts, to come to its findings. 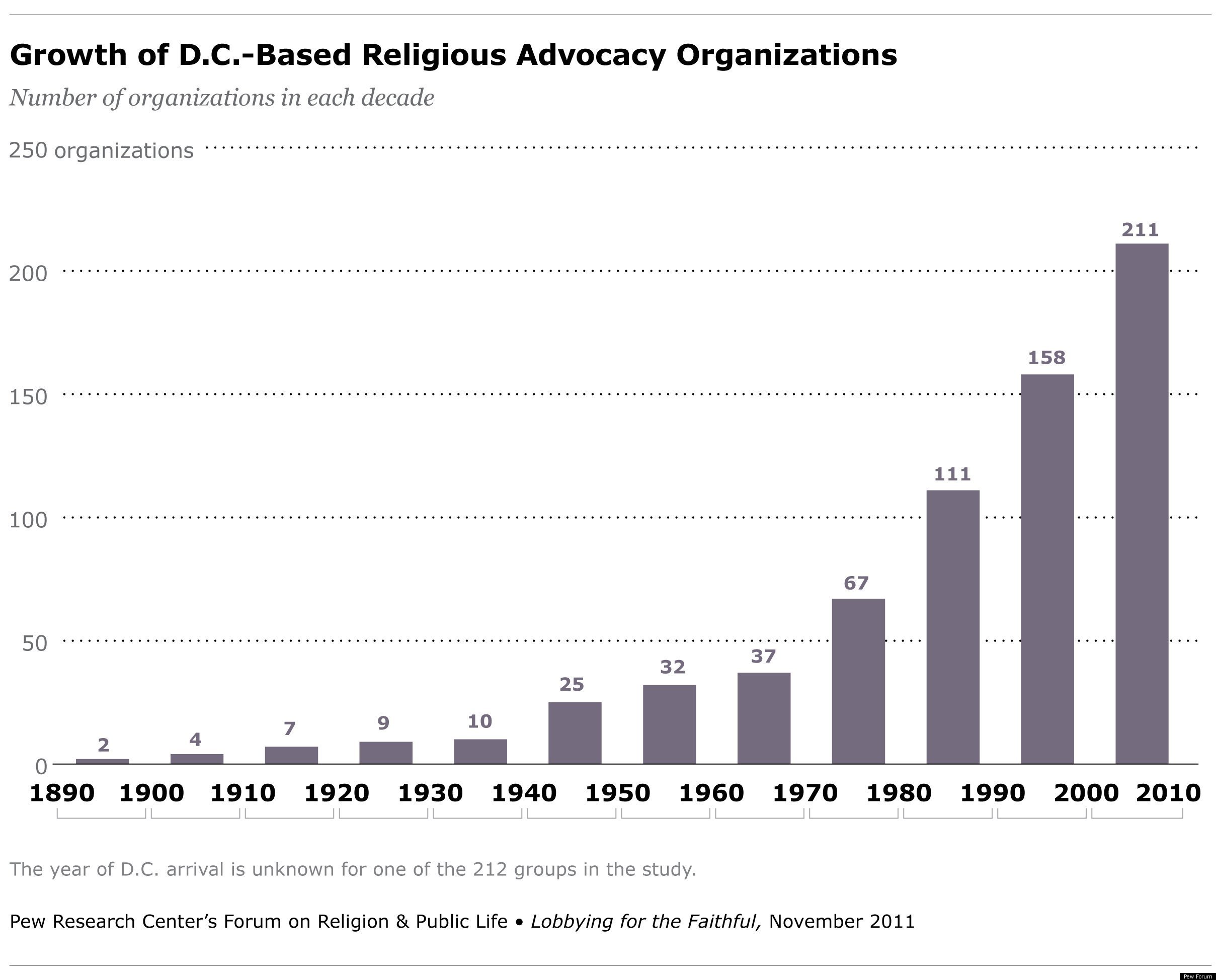 The biggest spender among the groups was the American Israel Public Affairs Committee, which spent just under $88 million through its D.C.-based Office of Government and International Affairs in 2008, the most recent year for which data was available. The organization, which calls itself "'America's pro-Israel lobby," also goes by AIPAC.

The second biggest spender was the U.S. Conference of Catholic Bishops, which spent under $27 million in 2009 on “policy activity expenses." The national body of Catholic leaders has been active in coming out against same-sex marriage and for laws that restrict abortion rights. The number also includes spending on national media and communications efforts. The bishops' conference, which in total spent $143 million in 2009, also does significant work on poverty reduction and disaster relief.

The Family Research Council came in third, with just over $14 million spent in 2009. The Christian group focuses on three main issues: promoting traditional marriage and heterosexuality, advocating against abortion and embryonic stem-cell research; and the promotion of religion in public life, such as school prayer and religious displays on public land.

The group with the most dramatic increase in spending? The National Organization for Marriage. Founded in 2007 to promote traditional marriage, the group moved to Washington in 2009 to up its efforts as same-sex marriage and civil unions became legalized in more states. Its budget that year was $8.6 million, up about $3.3 million from the previous year. 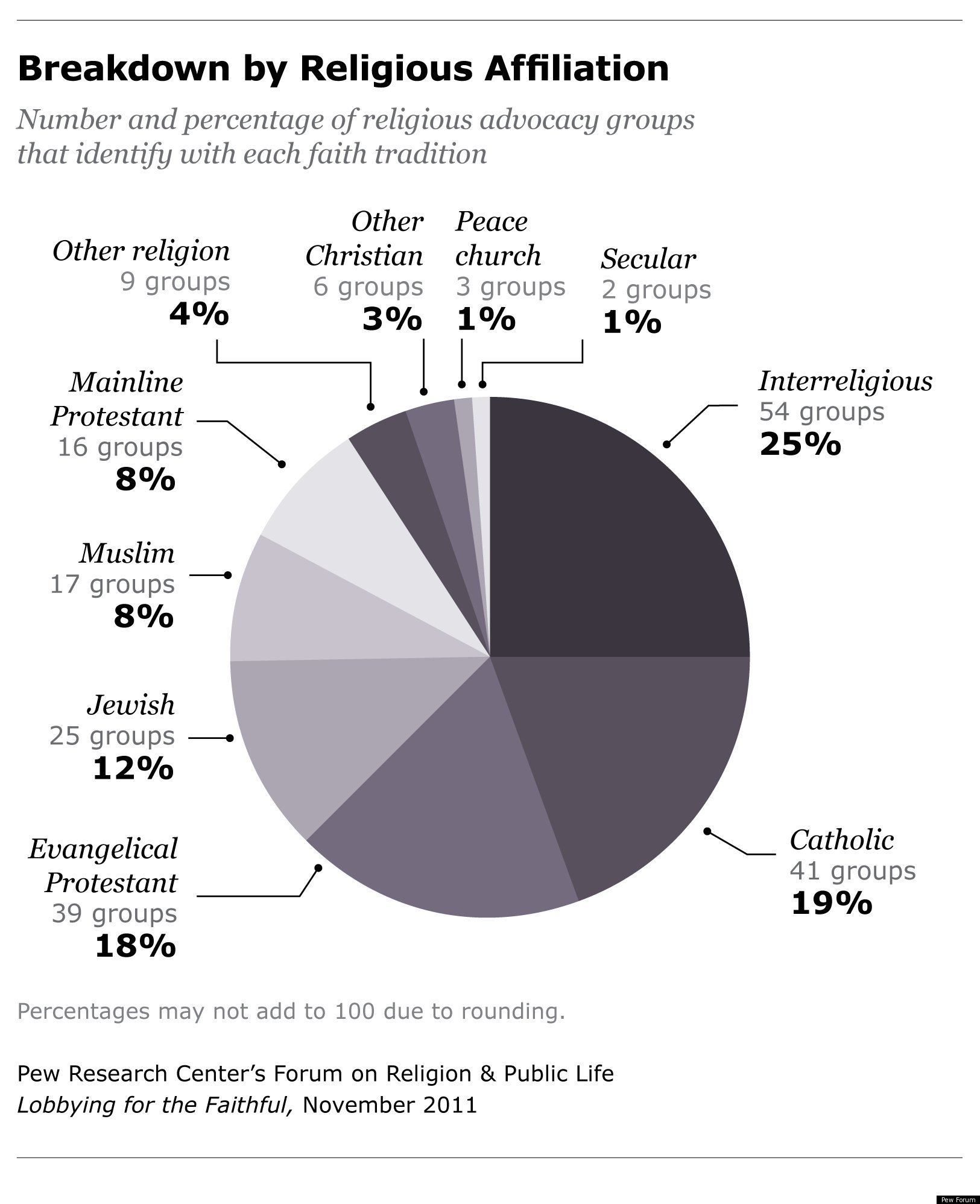 Here are more details from the report, pulled from a Pew Forum press release.