BBC3 recently posted a clip from their new show "Teen Exorcists" that shows three young American girls who have been performing exorcisms since high school. The young women are now journeying to London because, as we all know, London is "center of witchcraft."

They believe that JK Rowling's Harry Potter series is the main cause for this. One of the girls says, "I think it's been centuries in the making, but I believe it all kind of came to a pinnacle, a peak, with the Harry Potter books that have come out, and the Harry Potter rage that swept across England."

They are certainly not the first to think that Harry Potter is equated with the devil, and is evil. For the last 10 years, preachers, priests, and religious fundamentalists have been denouncing the beloved series, saying that it encourages witchcraft.

The Catholic Church never took an official stance on the books, but many Christian groups, pastors and priests have spoken out against it. Here's a quick roundup:

1. Reverend George Bender, leader of the Harvest Assembly of God Church, Pittsburgh
In 2001, Bender held a book burning of Harry Potter books and all other things "ungodly." He described the books as "supernatural," but it also seemed like he kind of chose Harry Potter for publicity. Still, he burned them so he probably doesn't want you reading them. 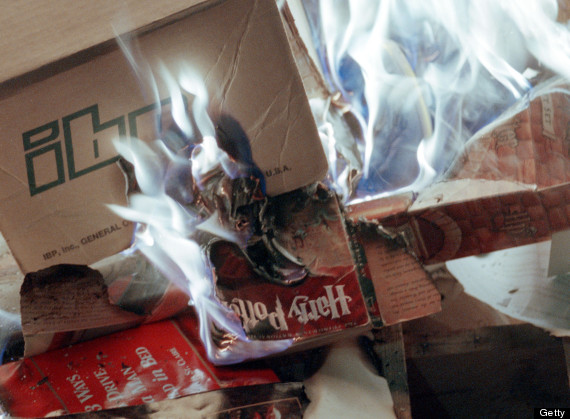 2. Jack Brock, leader of the Alamogordo Christ Community Church in New Mexico
In 2001, he led a massive book burning of Harry Potter books. Brock said, ""Harry Potter is the devil and he is destroying people." He has admittedly never read any of the books.

3. Pentecostal pastor Becky Fisher
In the documentary "Jesus Camp," Becky Fisher goes on the stage to talk about how witches are evil, and not heroes. She says, "Let me say something about Harry Potter. Warlocks are enemies of God. I don’t care what kind of hero they are, they’re an enemy of God, and had it been in the Old Testament, Harry Potter would’ve been put to death. You don’t make heroes out of warlocks!” Here is a video clip.

4. Paul Hetrick, former spokesman for Focus on the Family, a national Christian group based in Colorado Springs
"[They contain] some powerful and valuable lessons about love and courage and the ultimate victory of good over evil; however, the positive messages are packaged in a medium – witchcraft – that is directly denounced in Scripture."

5. Michigan pastors T.D. Turner Sr. and son T.D. Turner Jr.
In August 2003, they burned one copy (yeah, just one) of a Harry Potter book. Though they had never read it, they said they could tell from the cover that it promoted witchcraft. “Parents [have to] realize this is more than a fictional book,” says Turner. “It’s attached to the occult.”

6. The Greek Orthodox Church
In 2002, the church released a statement saying that the Harry Potter books were satanic. "They acquaint people with evil, wizardry, the occult and demonology." 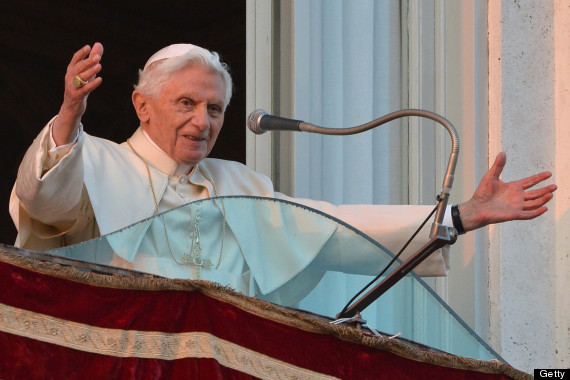 7. Former Catholic Pope Benedict XVI
A German critic wrote to the former pope about the dangers and evils of Harry Potter, and he couldn't help but agree. “It is good, that you enlighten people about Harry Potter, because those are subtle seductions, which act unnoticed and by this deeply distort Christianity in the soul, before it can grow properly,” wrote Pope Benedict XVI to the writer.

8. Pastor Dr. Chas Gullo
He called for a ban on all Harry Potter books at the Christian school he is senior pastor at because the books are gory and dangerous.

9. Presbyterian pastor Louis Sheldon
In a column for the Columbia County News-Times, Sheldon wrote about the dangers of Harry Potter and its witchcraft themes. "Parents and pastors should be deeply concerned about Harry Potters influence over children by introducing them to a pagan religious system."

10. Father Gabriele Amorth, the Vatican's chief exorcist
Amorth stated: “Practicing yoga is Satanic, it leads to evil just like reading Harry Potter." He further said though the books might seem harmless, Amorth believes the books lead kids to believe in black magic. “In Harry Potter the Devil acts in a crafty and covert manner, under the guise of extraordinary powers, magic spells and curses.”

Interested in being vocal against book banning? Banned Books Week starts September 24. Find out what you can do to help prevent book bannings at the ALA website!

UPDATE: 11:45p.m. Jennifer Zebel, formerly of the Baptist Church, was initially included on this list. Zebel told The Huffington Post that she no longer stands by her earlier statements , and said that she now considers Rowling a "brilliant writer."