When I was studying in a yeshiva in Jerusalem, I'll never forget the poster that hung above my bed. It read: "Don't be so open minded that your brain falls out." They, like most conservatively-oriented religious institutions in the world, were attempting to promote an approach that suggested authority to their truth while conveying caution against critical, autonomous thinking. I've often thought about that quote and what it means in relation to the state of contemporary education.

For millennia, religious education mirrored general education. It subscribed to an authoritative transmission of information, where questions were not as welcomed as they should have been. In modernity, leaders in education began embracing a more liberal approach to education (I mean this not in the partisan sense, of course, but in the philosophical sense), that encouraged autonomy, critical thinking, democratic values, and empowerment placed on the students. Students would not simply be told to accept "truths" to memorize, but would be partners in an open discovery of their subjects. 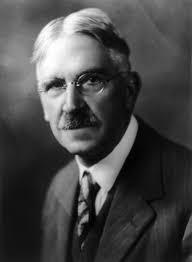 John Dewey (1859-1952) was a major force in 20th-century American education, and his reforms were contemporaneous with the nascent Progressive movement. To Dewey, education should mirror the best of a democratic society. Thusly, rote learning of an archaic, remote curriculum needed to be replaced with a system where students participated in a relevant curriculum to learn by doing (a philosophy called Pragmatism). In his book The School and Society (published 1899), Dewey viewed school as "an embryonic life" that was imbued with the classical liberal disciplines of "art, history and science." According to Dewey, each child is brought into this "little community... with the spirit of service, and... with instruments of effective self-direction... we shall have the deepest and best guarantee of a larger society which is worthy, lovely and harmonious." In addition, this community was heterogeneous: "Only diversity makes change and progress," (Democracy and Education; 1917).

The American heartland, a bastion of traditionalism and suspicion, did not accept this cosmopolitan, tolerant educational system. Foreigners, and foreign ideas in general, were distrusted, as in 1921 and 1924 immigration quotas were made increasingly stringent, with the feeling that the newer immigrants did not embody American values. When the Ku Klux Klan was at full strength with millions of members, their brand of fundamentalist Protestant Christianity (which shunned and despised minority populations) constituted a powerful political bloc that few were brave enough to cross; this ideological view seeped into certain parts of the educational ecosystem. Indeed, education was affected by laws attempting to curtail new ideas, most prominent a Tennessee law that forbade the teaching of any doctrine about creation other than that found in a literal read of the Book of Genesis. In the ensuing Scopes trial (some would say circus) of 1925, prominent attorney Clarence Darrow squared off against former Democratic Presidential candidate William Jennings Bryan in a debate about the merits of evolution versus creationism in public school classrooms. While some viewed the trial as a triumph of science, it took another 40 years for evolution to return as a staple in Tennessee classrooms.

Looking at today, Christian schools with a strict interpretation of Biblical precepts require that students and faculty adhere to an often narrow range of behaviors inside and outside of school. Look to the example of Larycia Hawkins, a tenured associate professor of political science at an evangelical institution, Wheaton College in Illinois, who is on administrative leave and will likely be dismissed for writing (on social media) her belief that Christians and Muslims "worship the same God." The college, which fired another professor for converting to Catholicism, requires its faculty to affirm the college's statement of faith, which is interpreted conservatively. Professor Hawkins had previously been required to reaffirm the statement when a photo emerged of her at a Chicago home on the day of the Chicago Gay Pride parade. Professor Susan M. Shaw of Oregon State University, who had taught at two conservative Christian colleges, commented on the situation by noting that fundamentalist colleges have grown less tolerant in recent years, and questioned the consequences of suppressing theological discussion: "What is lost when theological dissent is not accepted or even welcomed?" She saw the school's policies as a sign of spiritual weakness:

Faith that is threatened by hard questions and differing opinions seems to me not to be faith at all but rather a rigid system of belief that can abide no challenge and makes no room for the God who is still speaking.

A starker contrast in the philosophy of religious education is evident in the Muslim world, with the disturbing emergence of fundamentalist Muslim factions controlling education. The predominantly Pashtun Taliban (which means "students" in the Pashto language) first emerged in northern Pakistan after the failed Soviet military campaign in Afghanistan. Many within the Taliban had gone to religious schools (madrassas) in Pakistan and while there, had learned the uncompromisingly strict Wahhabi theology from the Saudis who supported these schools. (In short, the Wahhabi view of Islam is the belief that the Quran must be interpreted literally, and that anyone who does not follow their beliefs--including other Muslims--are evil and must be fought and eliminated.) When the Taliban seized control of Afghanistan in the late 1990s, they conducted public executions, forced women to wear garments that covered their entire body (burqa), and arrested men whose beards were not long enough. In 2001, in spite of worldwide protest, the Taliban destroyed the huge Bamiyan Buddha statues in Afghanistan, which they deemed blasphemous. 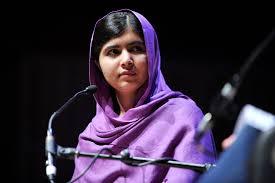 While the Taliban was ascendant in Afghanistan, Malala Yousafzai was born in 1997 in northwest Pakistan. Her father, Ziauddin, ran a school and was an advocate for universal education in a nation among the highest in unschooled children. From an early age, Malala shared her father's passion for education. When she was 12, Malala began writing a secret blog in favor of education for girls. The Taliban, who controlled large swaths of Pakistan and forbade education for girls (or for women to go out by themselves), told Ziauddin to close his school, and when Malala garnered worldwide attention for her campaign for girls' education, they targeted her life. In October 2012, a Taliban assassin boarded the van that she and her classmates took to school, and called her out by name before shooting Malala, whose skull was fractured by the bullet. Revulsion over the cowardly attack led Pakistan to pass the Right to Free and Compulsory Education Bill. For her efforts and sacrifice, Malala became the youngest recipient of the Nobel Peace Prize. She has used the award money to help fund schools for girls, including one near the Lebanon-Syria border that will provide education to over 200 girls who would not otherwise have access to education. As Malala said in a 2013 interview: "[T]he best way to fight against terrorism and extremism is just [a] simple thing: educate the next generation."

While Malala opposed the Taliban, she is a proud Muslim, and is named after a Pashtun heroine, Malalai of Maiwand, and has also cited (and used as her pseudonym) the legendary Gul Makai, a Pashtun who used the Quran to convince the men around her to renounce war. She said: "The Taliban think we are not Muslims, but we are. We believe in God more than they do, and we trust him to protect us." In addition, in the manner of the best students, she does not always share the opinions of those who support her. In an October 2013 meeting with President Obama, Malala hold him that: "Drone attacks are fueling terrorism" by killing innocent people and thus building up resentment against the United States. 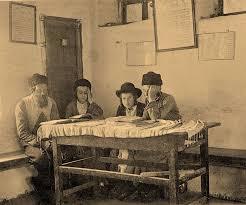 But it is not only the most extreme among our religions that are still embracing a traditional approach to education rather than a liberal approach. Traditional religious education is still pervasive throughout religious America. This is not only impairing cognitive and spiritual development but it is also deeply alienating to students who are surrounded by a broader culture that embraces open, inclusive, democratic educational discourse. We cannot afford to lose more people from religion because our authoritarian learning models are too rigid. It is understandable that we'll have some fear of encouraging students to discuss and think for themselves without shoving the truth down their throats and we will indeed lose some students, but in the end, the gain of empowering and honoring students is far greater for them, for our communities, and for the future of the ideas that we cherish.

Today, many religious institutions have still not embraced the very notion of liberal education. There is an ongoing fear that allowing students to think for themselves will lead them towards the "wrong" options. This is a mistake. Religious institutions have to see the dignity in students and honor their right to make choices and to think critically and openly. Disagreements should be part of the process, but they must be understood in context. Discouraging honest debate is the antithesis to an informed student body. And should the students be misinformed, how will they grow up to be productive citizens? When religious pedagogy becomes more open and inclusive, the benefit will be great: fully-rounded people willing to change the world for the better. And our religious institutions will only flourish with a more open, inclusive, and intellectually nuanced approach. This is a challenge that every religious institution must consider.