The American Muslim community is incredibly diverse -- ethnically, religiously, linguistically, ideologically, socially and economically. Mirroring that rich diversity are the myriad contributions that Muslims make in America. This is part of a series exploring that positive impact.
Part I, Part II

Muslim women often find themselves ensnared by stereotypes. This is particularly true of those donning a headscarf -- others commonly view them as terrorists, religious fundamentalists and fanatics. They can be seen as anti-American, un-American and foreigners. And, they are frequently mistaken as weak, meek, uneducated, oppressed and powerless.

But, things may be changing, as these very women challenge such inaccurate perceptions by word and deed.

Asma Hanif, 61, is representative of such women. She was most recently honored at a Baltimore Ravens football game as a recipient of its 2014 Community Quarterback Award for her work alleviating suffering among the homeless. Funded by NFL Charities and the Ravens Foundation Inc., the award recognizes individuals who demonstrate exceptional leadership in -- and commitment to -- improving the lives of others. 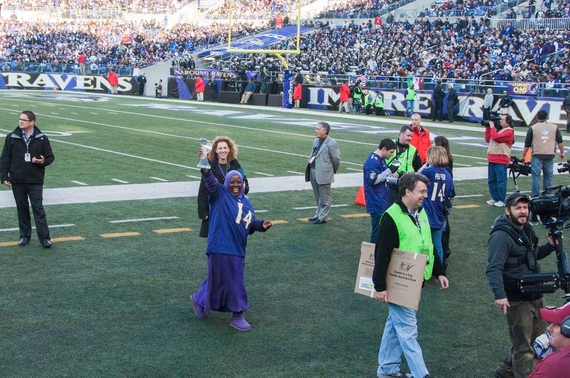 Hanif (center) waves to the crowd after accepting her award at the Ravens game.

The Executive Director of Mislimat An-Nisaa, a homeless shelter based in Baltimore, Maryland that caters exclusively to Muslim women and children, Hanif has dedicated more than 28 years to serving marginalized communities.

I started this as a tradition with my children when they were young as a prelude to them sitting in front of the TV for hours watching football. I insisted that they at least go out into the community and do some kind act to benefit the less fortunate. They had to shop for the ingredients, cook the chili, serve (not feed) their homeless guests on the streets and eat alongside them. 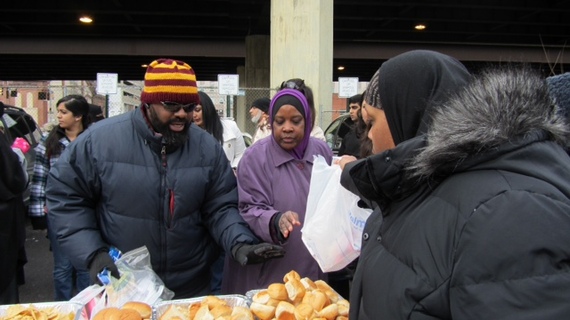 Hanif established Muslimat An-Nisaa in 1987 to help Muslim women and children access health, education and well-being services that were otherwise unattainable. Soon, she began providing shelter services as well, to those who needed it. The shelter provides beds to more than 3,855 women and children a year and more general services, such as food, clothing, school physical exams and education/jobs skills training classes, to over 5,000 Americans, annually.

In addition to "Chili Bowl Sunday," Hanif also coordinates an annual back-to-school health fair for the homeless and uninsured, as well as the Love Thy Neighbor food pantry for Baltimore's poor. 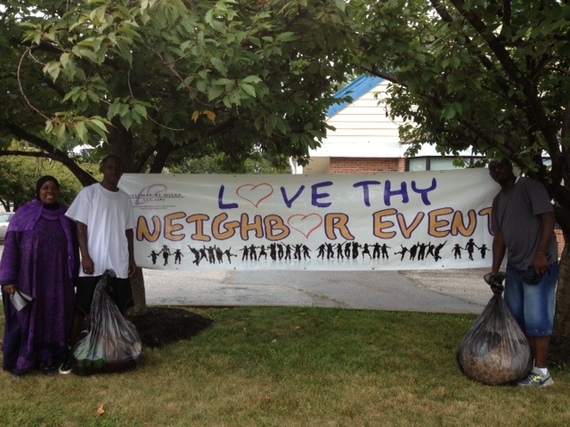 Her work has attracted attention nationally, including at the White House, where her efforts were recognized last year. 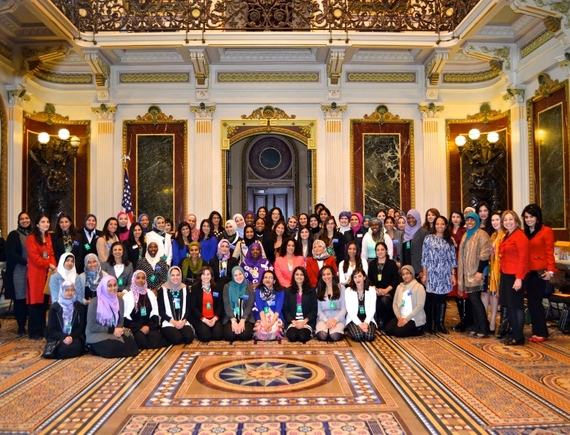 Hanif (center) at a 2014 White House event in recognition of Women's History Month.

We serve the homeless, the hungry, the unemployed, victims of abuse, trafficking, refugees, children, the elderly and dysfunctional community members. The hurting sisters who come to us are clearly in need of more than the obvious food, clothing and shelter, which they may be lacking. Some seek a refuge from violence. Some want help finding assistance in overcoming immigration issues. Some are refugees. Some seek referrals to educational assistance or job training. Those who cannot help themselves turn to us, and we respond to every call for help.

Muslimat An-Nisaa strives to help women recover and rebuild following myriad life traumas. And, Hanif is intent on making sure that each realizes the full extent of her potential.