Jeff is ready to get married. As an Orthodox Jew, Jeff* is not leaving anything to chance: He prays every morning that he will find a wife, attends big religious singles events and maintains active profiles on three different Jewish dating sites.

For people like Jeff who are seeking romance and marriage on the web, a potential mate’s religious profile is the most important of all. In the world of online dating, religious sites indicate a classic belief among some love seekers that faith matters and that God is the ultimate matchmaker.

“God has a match for you," claims a major Christian dating site called Christian Mingle. As love seekers fill out their profile revealing their denomination and frequency of church attendance, it is clear that the underlying assumption of the site is that the right match is another Christian. Shaadi.com, a site for the South Asian community, breaks it down even further -- first between Hindus, Muslims, Buddhists, Sikhs, Jains and others, and then among caste and background. Acting as surrogate parents, aunts, uncles and traditional matchmakers, these sites appeal to the belief that the right match is one where the religious profiles of the couple are as similar as possible.

In this age of cultural melting pot and globalism, why are people searching for people of the same religious background? The answer seems to be as basic as "like seeks like," and the conviction that an essential element of a successful romance is a similar worldview, cultural references and life plan. Statistics seem to support this, with interfaith marriages having a slightly higher rate of ending in divorce.

"It's about a baseline of comfort," explained one gay Jewish man who used J-Date in his search for a partner. "It helped me to reflect on what I wanted my life to really be about, who I wanted to be with and how to raise any future children."

Of course, there are many dating sites that are not primarily religious but allow customers to indicate religious preference –- or the preference of no religion at all. OkCupid is popular among younger adults, but according to one report most people on the site identify as agnostic or atheist, which turned off one customer. “I qualify as ‘spiritual but not religious,'" explained Jen, "but there seems to be a void for that kind of thing."

Other people find that religious websites are too narrow, even within their own tradition. SawYouAtSinai is only for observant Jews, and some find Christian Mingle too conservative for their taste. But on the more liberal sites like JDate, Jewish singles can never be sure what they will find. Rob met his wife on J-date, but, as he explains, when he met her he was in for a surprise:

“She described herself in her bio as 'not really Jewish' and I thought she was just like me -- a guy who like's Jewish things, bagels, Woody Allen movies, etc. My jaw dropped on the first date when she told me she was Catholic. She converted, against my wishes, and we're pretty happy.”

Ultimately, most people on religious dating sites are looking for the same thing as non-religious dating sites -– find someone whom they can love with their whole heart, mind and spirit and hope that having the same religion will increase the chances of success. As Jeff explains, "relationships are hard enough -- marrying someone from a totally different background would make it even harder." 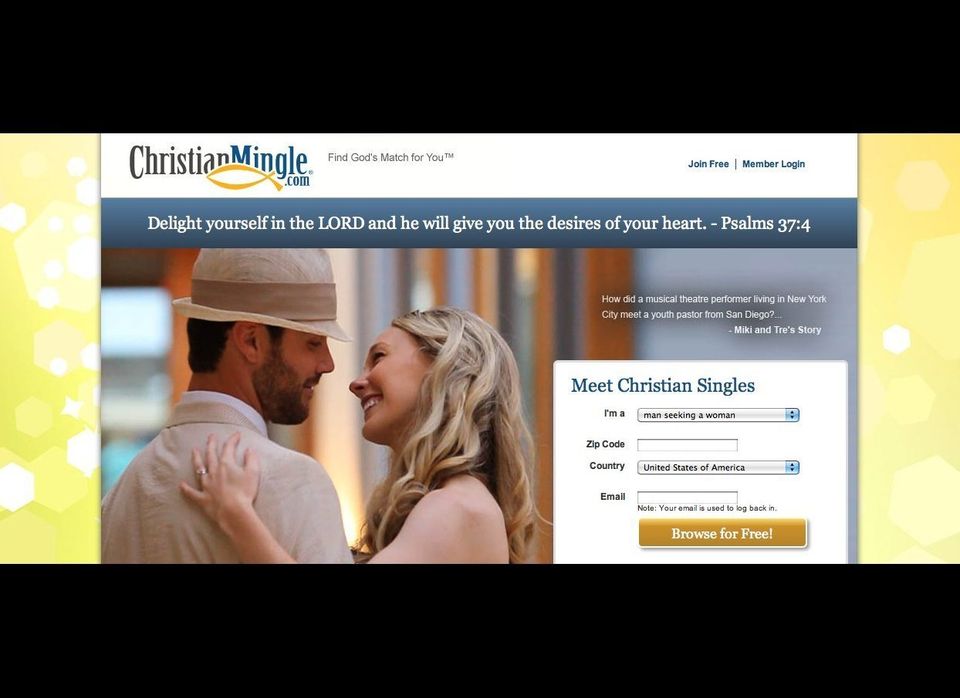