Naming a child is a deeply spiritual practice.

A name gives a newborn baby an identity and a place in the world. It can also be like a prayer said over a new life, as it contains the parent's hopes about who the child will become and what they will accomplish.

Here is the background on some powerful spiritual names that carry a special significance within the world's spiritual traditions.

Dhruv (Dhruva)
Origin: Sanskrit
Meaning: North Star
In Hindu tradition, Dhruv was the second son of an important king. Outcast and misunderstood by his family, Dhruv embarked on an extraordinary spiritual quest of devotion to the Hindu god Vishnu. He journeyed deep into a forest and began meditating and praying. Touched by this show of piety, Vishnu turned Dhruv into the North Star, so that he’d never have to be ignored again. The name symbolizes reliability and a strong sense of direction.

Aadhya (Aadya, Adya)
Origin: Sanskrit
Meaning: First Power
Aadya is the first power from which Hindus believe the five great elements (earth, water, fire, air, and space) originated. Aadya is another name for the Goddess Durga, a fierce warrior who encapsulates all of the universe’s material energy and is known for riding into battle on the back of a lion with a weapon in each of her arms.

Chava (Chaya, Hava, Ava, Eve)
Origin: Hebrew
Meaning: Life
Chava means “alive, living.” It’s the Biblical name for Eve, the first woman in the Bible. She was created by God to be an ezer and kenegdo (a helper-companion) for Adam, a perfect and equal match. Genesis 3:20 tells us Adam named his wife Eve because “she would become the mother of all the living.”

Ariel (Arielle, Ari)
Origin: Hebrew
Meaning: The Lion of God
Ariel is the symbolic name for Jerusalem and the altar in the Holy Temple. It is mentioned in Isaiah 29:1 as the “city where David settled.” Ariel is also the name of a respected Jewish leader who was called by the Biblical priest Ezra as a messenger who would search for ministers for the Temple.

Khadija (Kadeeja, Kadejah, Kadesha, Kadija, Kadisha, Kadiya)
Origin: Arabic
Meaning: Early baby
Khadija was the Prophet Muhammad’s first wife and the first person in the world to convert to Islam. She was a successful businesswoman who would often use her wealth to help the poor. Khadija is one of the “four perfect women” honored in the Quran and remains a powerful role model for Muslim women today.

Salman (Salmaan)
Origin: Arabic
Meaning: Safety
Salman the Persian (also known as Salman al-Farisi) was a spiritual seeker. He left his family’s home and traveled throughout central Arabia hoping to meet the Prophet Muhammad and learn from his teachings. He was sold into slavery along the way, but the Prophet helped him purchase his freedom. Salman eventually became a war hero and one of Muhammad’s closest companions.

Lydia (Lidia, Lydie)
Origin: Greek
Meaning: From Lydia, beautiful
Lydia was an area in Asia Minor, but it was also the name of the apostle Paul’s first European convert. Lydia was a smart businesswoman who became known for selling dyed purple cloth. In Acts 16, she’s called a “woman who worshipped God” who “opened her heart” to the Christian message. She gladly welcomed Paul as a guest in her home.

Titus
Origin: Latin
Meaning: Unknown
Titus was an early convert to Christianity and a dear companion of the apostle Paul. In a letter, the apostle Paul called Titus “my true son in the faith.” Titus was a peacemaker who was given the task of collecting charity for the poor. He was later placed in charge of a growing Christian community in Crete.

Bodhi
Origin: Sanskrit
Meaning: Awakening, enlightenment
In Buddhism, the word Bodhi is linked to the state of nirvana, where the soul is free from hate, greed AND ego. Siddhartha Gautama, the wise sage who was the founder of Buddhism, was sitting under a Bodhi tree when he attained enlightenment.

Arya (Aria, Aarya, Ariya)
Origin: Sanskrit
Meaning: Noble
Although Arya is widely known as the name of a fiercely independent character on Game of Thrones, it has roots in Theravada Buddhism. An Ariya is a noble person who has achieved one of the four levels of holiness.

Grace (Gracie)
Origin: English
Meaning: Goodness, generosity
Grace is a simple name, but it holds much power. A person with grace is elegant and poised, generous and forgiving.

Gita (Geeta, Geetha)
Origin: Sanskrit
Meaning: Song
The name Gita evokes the beauty of the Bhagavad Gita (“Song of the Lord”), the sacred scriptural text of Hinduism. In it, the Hindu god Krishna speaks to his friend Arjuna before an epic battle. Mohandas Gandhi, the famous leader of the Indian independence movement, called the Bhagavad Gita his “spiritual dictionary” and one of the biggest influences on his philosophy.

Dharma
Origin: Sanskrit
Meaning: Truth
Dharma is a principle in both Hinduism and Buddhism. It can be thought of as “religious duty” or the ultimate divine law that rules over all things. Someone who practices dharma attempts to apply religious teachings in his or her daily life.

Pax (Paz, Paxton)
Origin: Latin
Meaning: Peaceful
Pax means peace, quiet and tranquility. Though the world may not be a peaceful place, the name Pax reflects a hope that there are good times in the future.

Magdalena (Magdalene, Magda, Maggie)
Origin: Greek
Meaning: Gift of God
Mary Magdalene is an important symbol of redemption and renewal for Christians. She was rejected by society, but Jesus offered her friendship and hope. She went on to become an early Christian leader, following Jesus during his travels around the towns and villages of the Holy Land. She was also the first woman to see Christ after the resurrection, and as a result, she was the first witness of the gospel.

Hope (Asha)
Origin: English
Meaning: Trust, faith
Hope was used as a Christian name by seventeenth century Puritans, but it now transcends religious boundaries. For an interesting alternative with the same connotation, parents can use the name Asha, which is Hope in Hindi.

Esther
Origin: Persian
Meaning: Star
Esther was a young Jewish woman who was chosen by the Persian King Xerxes to become his bride. When the Jews faced the threat of annihilation, Esther showed extraordinary courage by risking her own life to stand up for her people. Her bravery is celebrated by Jewish people around the world during the holiday of Purim. She remains a respected and revered woman of the Bible. 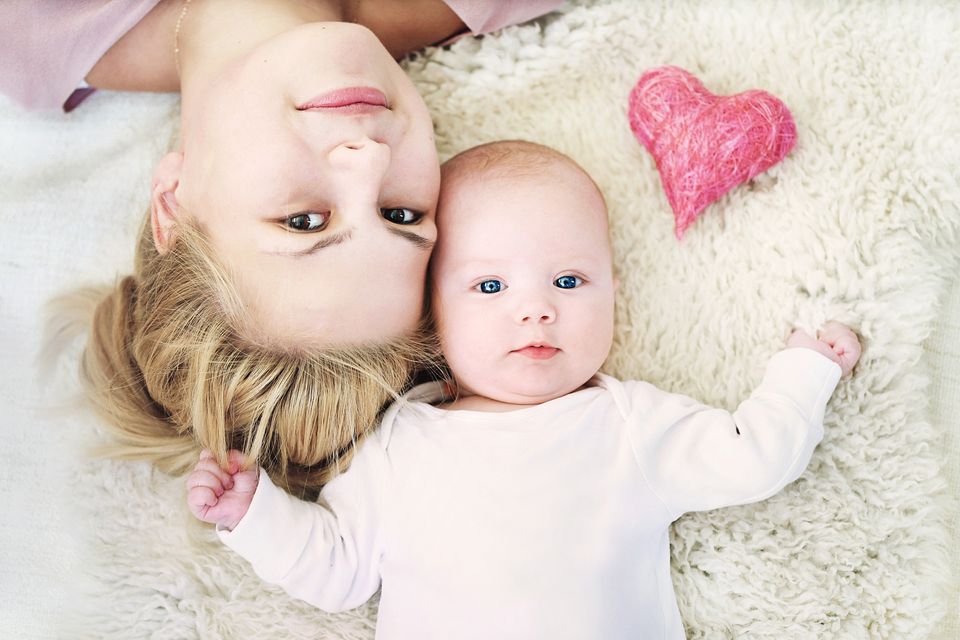 1 / 20
Baby Name For Girls
<strong>Amia</strong> A variation of the name Amy, this beautiful French name means beloved. It also falls with the <a href="http://www.parentdish.ca/2013/12/27/top-baby-names-predictions-for-2014/" target="_blank">current trend</a> of girls' names ending in &quot;a.&quot;
Getty