I think it's safe to say that most of us have heard someone say the phrase, "I'm not exactly religious. I'm more, kind of, you know, like... spiritual." I've muttered it myself upon more than one occasion -- until it became obvious that I was mimicking others like an inebriated parrot. The phrase had lost its form, and the more I thought about the words I realized that I had no idea what the hell they meant. For now, I sidestep religious questions on the grounds that I'm a work in progress.

When I Googled the word "spiritual," Merriam-Webster told me that the word defined a host of different meanings. From affecting the spirit, relating to sacred matters, concerned with religious values, related or joined in spirit, or relating to or involving spiritualism. Now if sacred matters pertain to my marriage, the birth of our kids, the death of loved ones -- including pets and road kill (the latter of which I obsessively offer up secret obituaries) -- flowers, trees, butterflies, waterfalls and anything in the Norton Simon, then yes, I guess I can consider myself spiritual. But it is the "religious values" wordage that makes me cringe.

Here's how I see it: Your religious beliefs are yours to honor. You can worship whatever you want, but please don't push it on me or think any less of me because I don't honor your religion -- your code of living. And when it comes to values, be kind to others, respect all forms of love and honor peaceful communication over war. Actually let me rephrase my last six words to insist on educated communication instead of war. Good grief. It's all starting to sound subjective, isn't it?

Don't get me wrong, I believe in something, purely because there have been times during my life when I have felt an overwhelming sense of love, joy and peace envelope me with hope. But I can assure you that it has never threatened to desert me, or abscond with my tainted soul if I didn't label it with a preauthorized religious name.

The older I get, the more I'm confused about the God of my youth, as in the Christian God, father of the baby Jesus from the nativity scenes found outside supermarkets and parks in most small towns come early December. These wooden relics appear unannounced, like raccoons at a campsite, although the actual placing of the baby Jesus into the manger is often delayed until Christmas Eve, perhaps from fear that he may end up going for a joy ride with a car full of high school kids out for a giggle.

I was raised in Australia under the Church of England strand of Christianity. The all girls' private school that I attended from kindergarten through the sixth grade, played havoc with my personal wardrobe creativity. Being called out of class and into the school office to have my skirt length measured or queried about a certain hairstyle I had designed that morning on the way to school, was a regular occurrence for me. So was detention. I must have had a premonition that I would one day live in California when I named a particularly wild hairstyle I had created, "The Palm Tree." This piéce de résistance that I wore proudly on top of my head, didn't even make it to the classroom before I was asked to take it down. My creative flow was once again put on hold.

For a while there was a craze where my cohorts and I would wear "witches britches" underneath our drab uniforms. These fashionable garments that for a while replaced boring underwear, resembled modern day running shorts. They were made from striped, polka dot, or delicate flowery patterned stretchy fabrics and trimmed with bows and lace. It wasn't that they were sexy, (well, maybe they were, just a wee bit), but rather that they had been banned from our school, and that captivated my attention. The name alone was enough to send the school religious studies department into a tizzy. I can only imagine the conversations in the staff room: "The children are Pagans! Burn the witches britches!"

There is one element of attending a religious school, that in looking back, I appreciate. At some stage during the year, a few of us would be singled out and prepped to read a passage from The Bible in front of the rest of our greater school community. This included faculty, parents and friends. I actually enjoyed this event and it had nothing to do with what I was reading -- that was secondary.

What I loved was the church itself, and that we were away from the confines of our desks during rehearsal times. Built originally in 1824, this holy building was made from sandstone, with red brick added at a later date. The feel of the sandstone on my hands, cold and kind of gritty, is etched into my memory, and the stained glass that softened the light filtering through the windows gave the whole place an ethereal atmosphere. Dare I say that it felt slightly magical?

The smell of the church of my alma mater was overwhelming, maybe a little dose of incense, but more likely something rather toxic that the cleaning ladies used to polish the hard wooden pews. The candles were also an added bonus to my youthful imagination. I found them comforting and a valuable asset to my compulsive daydreaming.

Taking a cue from my teacher, I would rise from the pew where I sat with members of the choir, walk across the front of the sanctuary, and step onto the small step at the lectern to deliver my words. With perfect timing, I would open the enormous sacred book that lay on the stand, look out across the sea of late 1960's outfits and misfits, and ceremoniously give a little cough -- so very "Zoolander" in the coal mines of me. Once this was done, I would leap into the verse I had spent weeks rehearsing, and listen to my voice echo through the architecture of St. John's Church. Pure joy!

For those few marvelous minutes it seemed I held the audience captivated in the palm of my hand, and all were oblivious to the fact that underneath my perfect-length school uniform and plain white slip, I wore my purple and black-striped witches britches complete with sexy lace trim and small black velvet bows. Yes, church for me was an extremely liberating and (dare I say) spiritual experience. 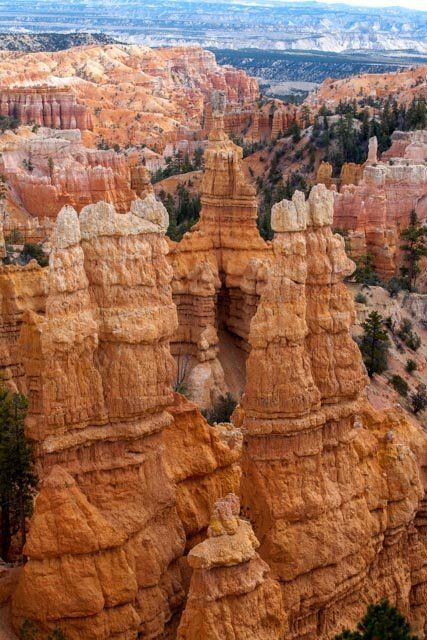 1 / 4
You Have A California Kid?
If your child has relocated to the West Coast, think about retiring to St. George, Utah. The town is close to Zion and Bryce Canyon National Parks. Less than two hours away by plane, the area is known for its great healthcare system and for having one of the largest numbers of golf courses per capita in the country. And the <a href="http://erabrokers.com/">average home sales price isn't bad either -- $225,000.</a> In addition, St. George is just 119 miles from Las Vegas and is also less than an hour's drive from the Tony-award winning Utah Shakespearean Festival held during the summer and fall in Cedar City, Utah.
Flickr