In the area around Gush Etzion, a series of Israeli settlements in the West Bank, Shaul David Judelman on Tuesday joined Palestinian friends to write a letter to Palestinian Authority President Mahmoud Abbas, pleading for help. They asked Abbas to order clerics from Al-Aqsa, a Jerusalem mosque that’s the third-holiest in Islam, to go to schools and “teach for calming the city.” Jerusalem, the interfaith group wrote, was feeling different these days, with religious tension escalating.

“There is definitely a different tone echoing through the last two months,” Judelman, an American who has lived in the Bat Ayin settlement for more than 13 years, said in an interview, citing armed attackers a who stormed a synagogue on Tuesday, killing four rabbis and a police officer.

Weeks earlier, a Palestinian tried to kill an Israeli activist campaigning for greater Jewish access to the area of Al-Aqsa mosque, which sits on a hilltop holy to both faiths. Members of both faiths can visit, but only Muslims can pray. Jews call it the Temple Mount, and Muslims refer to as the Noble Sanctuary. The violence has bookmarked a series of protests and clashes between Israeli authorities and Palestinians.

But religion, said Judelman, a leader of Shorashim-Judur, an interfaith organization that joins Israelis and Palestinians in cultural exchange and education programs, may also work another way. “People involved in the dialogues and initiatives we're working on are there from their religion, not in spite of it,” he said.

What’s long been an overtly political conflict with a religious shadow -- one where talk is in terms of borders, settlements, checkpoints, bombs, and nationality -- has recently flipped on its head. Debates over access to sites in Jerusalem’s Old City, where Muslims say the Prophet Muhammad ascended to heaven and where Jews believe their holy ancient temples were located, have spurred accusations of both sides provoking a religious war. Clergy and interfaith activists, such as Judelman, are asking how faith can play a role in easing the tensions.

“Our conflict has become both a national one and a religious one. Religious extremism, with the help of the mainstream media, is carrying the day,” said Rabbi Ron Kronish, director of the Interreligious Coordinating Council of Israel, which includes Christians, Muslims and Jews and focuses on interfaith dialogue and action, such as prayer gatherings. “We need more moderate voices to speak out.”

Tensions flared over the summer after Palestinians abducted and killed three Israeli teens, and Israelis did the same to a Palestinian boy. That led to Hamas rockets and Israeli air strikes on Gaza. The attacks were followed by an outpouring of support across faiths that was larger and more organized than this week's response. It included, for example, 350 Israelis, among them rabbis, visiting the family of the slain Palestinian teen, Mohammed Abu Khdeir.

That said, the kidnappings and Gaza-Israel strife that made front-page news over the summer aren’t disconnected from this week's violence, said Khaldoun Barghouti, a foreign editor of Alhayat Aljadeeda newspaper in Ramallah.

“With the despair because of peace process failure, the rising extreme discourse ... accompanied by actions to divide Aqsa between Muslims and Jews, and with the ongoing cycle of violence, the possibility that conflict will turn to be on religious basis is very strong,” said Barghouti. Abbas, who condemned the synagogue murders, also has accused Israel of setting up a “religious war.”

International observers who specialize in peace and conflict resolution said they are carefully watching what happens in the region.

Monica Toft, a professor of government and public policy at the University of Oxford who researchers religious violence, said she was hesitant to label the latest conflict a new shift. “Most people think that it has been a religious war all along, but that religion was secondary/peripheral,” Toft wrote in an email. “Perhaps now it’s become more central, so it’s not a matter of either/or, but how much religion features in the conflict?”

At the Washington-based U.S. Institute of Peace, a congressionally funded nonpartisan group that focuses on non-violent resolutions to international conflict and partners with the State Department, David Smock said the picture looked clearer to him. The organization has a program focusing on research and grassroots initiatives to promote peace in Israel and the Palestinian territories.

“Recent events in Israel/Palestine indicate that the conflict has developed a religious character that was not as explicit in the past,” Smock, director of the group’s Religion and Peacebuilding Center, wrote in an email. “Religious leaders from Israel and Palestine need to step forward to dampen down emotions and recommend steps to defuse the tensions.” 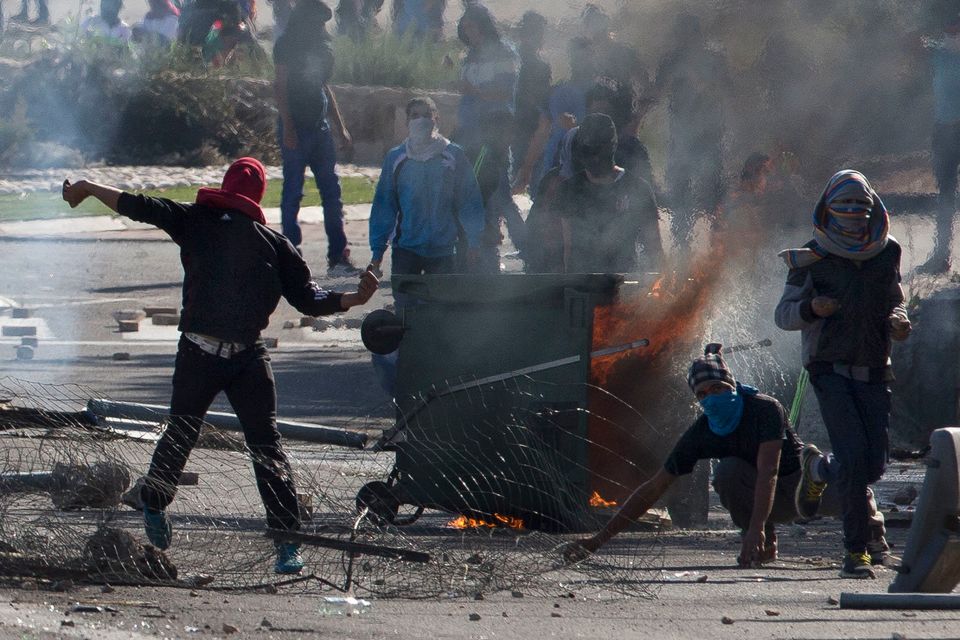