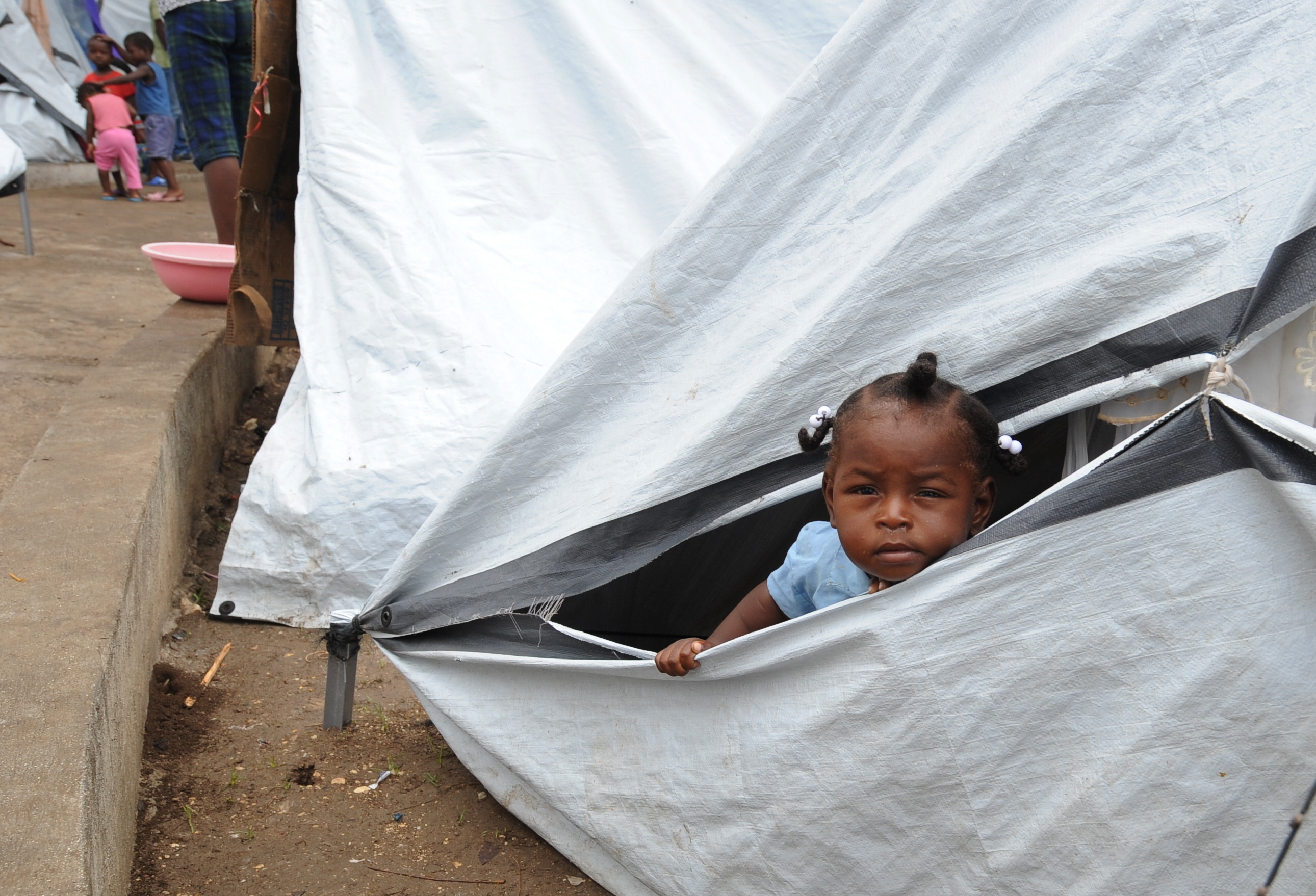 In Haiti, the rainy season is about to begin, necessitating relocation of the scores of people displaced by the earthquake and currently living in over crowded camps. There are plans to move roughly 150,000 people currently living in the camps to the center of Port-au-Prince by May, yet only one site with a capacity of under 4,000 people has been secured to date.

When rains drenched the capital on Thursday night, the Golf Club de Pétionville turned to mud. It was a frightening preview of what the rainy season will hold for the 45,000 people who live there if they stay. Tents collapsed. Ditches overflowed with sewage. People and their belongings were swept downhill.

And yet the people who are to be moved have not yet been told what choices lie before them. Why the wait?

Acting in concert with the UN and the US Army, the Haitian Government's intended strategy for relocation has been to allow Port-au-Prince residents to return home or to their neighborhoods, but the large-scale rubble removal that would require has yet to begin, shifting the focus of the effort to temporary camps on the outskirts of the city.

With negotiations for several privately-held sites ongoing, the time frame for planning and preparation in advance of the rainy season is shrinking. On February 19, the Government identified 5 potential sites to be laid out and prepared as temporary camps able to host 110,000. More than a month later, only one of these sites is available for use as a camp, suitable to host less than 3% of the population that the government plans to move by May.

The first wave of relocations was initially planned for March 25th; it is now scheduled for April 12th.

Meanwhile, at Tabarre Issa, the smallest of the camps and the first one where relocation is to proceed, it seems that there will not be room for as many new people as the plans call for. Local residents have begun to move onto the site in greater numbers each day, in structures made of bedsheets, cardboard, tarps, and long sticks. While some families moved out into the open in response to aftershocks throughout February, more have come in anticipation of the arrival of aid and services in an area that has been mostly without supplies to-date.

Last week, there were some three hundred makeshift houses dotting the plain. Residents in Tabarre were moved to the planned camp even before any leveling or groundwork. Bearing this, there is an apparent need for greater communication between the planning agencies and host communities and for the integration of services provided to camp into the surrounding area. Both are sure to be a part of the strategy of Concern Worldwide, the lead agency for programming and services there, but every aspect of planning will be complicated by the presence of so many people on an unprepared site.

The longer preparations are stalled, the more hurried and less explained the relocations will be. The more stressed, the more confused, the more angry, the more desperate.

The public health concerns that motivate relocation are undoubtedly urgent, but if it goes forward with poor planning, the authorities won't soon forget social health is every bit as important.