This past summer, in the heat of the Arab revolution movements, I joined American hip hop collective Remarkable Current (RC), Tunisian hip hop artists and youth activists for the remaining days of the tour--a tour that occurred only a couple of weeks after a national curfew was lifted and 24 hour sit-ins in the Tunis's famous Casbah took place. My experience in Tunis has taught me that the U.S. should reexamine its diplomatic approach: one that challenges the notion of top-down diplomacy and includes youth in the dialogue. After all, it was the Tunisian youth, from a self-immolated 26 year-old street vendor to a jailed rapper to those who are still organizing sit-ins and food-banking for Libyan refugees, who were the architects and infrastructure builders of the thawret al-ahrar (revolution of the free) or thawret al-karama (revolution of dignity) and are demanding political incorporation into its democratic transition. And hip hop (music, break-dancing, graffiti-ing, etc), a shared global language of youth culture, as demonstrated by the inspirational relationship building between RC and Tunisian youth, offers a genuine medium for information exchange and developing transnational solidarity. 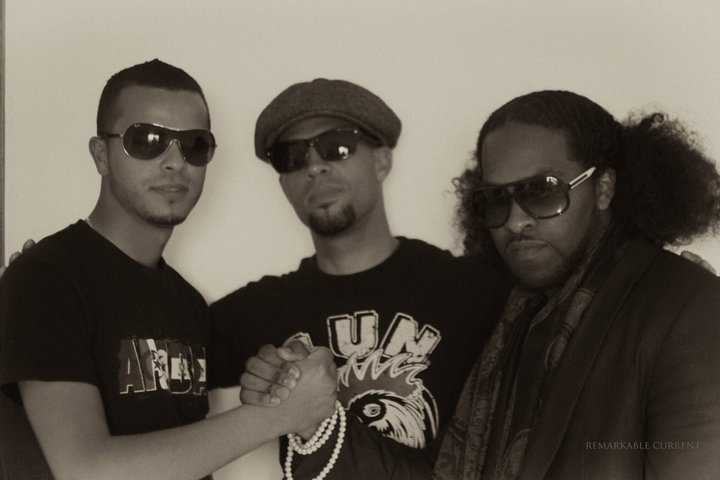 Hip hop music has emerged as the youth's national anthem for the Dignity movements blazing across regional boundaries in the Arab world. As the era of the 60s protest movements in the U.S. proved with songs like "We Shall Overcome" and "Can't Turn Me 'Round," there seems be a natural link between music and political movements. This has been the case throughout Arab history as well. Egypt's beloved "Dark Nightingale" Abdel Halim Hafez's "High Dam" recounted his country's struggle over colonialism that led to the completion of the Aswan Dam in 1964, ("This isn't a story about the Dam/It's a story about the struggle behind the Dam... It's the story of a war/Between us and colonialism"). Lebanon's national hero Fairouz crooned similar allegiant ballads but also used the popularity of her voice to protest civil war strife by silencing it during the senseless bloodshed. In some cases, governments, as has happened in Syria, have co-opted hip hop's popularity by supporting and exclusively giving national TV airtime to artists with pro-regime lyrics. An interesting phenomenon developing in the Arab world is the transnational musical productions forged between Arab and American artists, especially African Americans responsible for pioneering hip hop.

"Remarkable Current has more of an impact on Tunisia than Secretary Hillary Clinton," asserted Tunisian youth activist Achref Aouadi (I-Watch Tunisia). Can practioners of hip hop aid in ameliorating the U.S.'s sullied reputation with Tunisians? Does American hip hop collective RC's focus on oneness and positive, uplifting messages provide a 'bab' (door, opening) for critical engagement? How do those skeptical of American involvement, critical of the Western response to the Tunisian revolution receive a U.S. State Department sponsored concert tour? 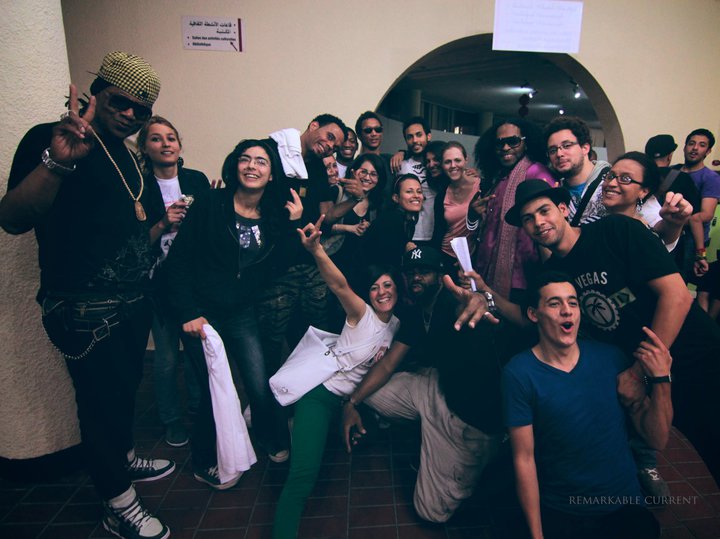 U.S. embassy Tunisia's Alum Coordinator Aouadi, one of the organizers of the Embassy's May 27-June 3 hip hop concert tour featuring RC and local Tunisian rappers, seems to think so. The grad student, who is a passionate proponent of "people to people diplomacy" and deeply embedded in the Tunisian hip hop scene, explained the basic formula: The secretary meets with elites and RC meets and connects with the locals. For Aouadi, Secretary Clinton's visit last March to meet with Tunisia's interim regime paled in comparison to the critical impact RC's visit had with youth. He credits this "people to people diplomacy" through the soundtrack to the Tunisian thawra, hip hop, for creating the possibility of incalculably meaningful and enduring exchange between the U.S. and Tunisia.

The U.S. lost significant credibility with Tunisian civil society the moment the administration tiptoed around the illegitimacy and impetuosity of Ben Ali's regime. When President Obama prodded Ben Ali's forces to exercise "restraint" instead of condemning the excessive dictatorial violence unleashed on protesters, it left a sting still felt to this day. As such, clarion calls by American public officials to "congratulate" and offer their "support" to a Tunisia in transition has fallen on skeptical ears. 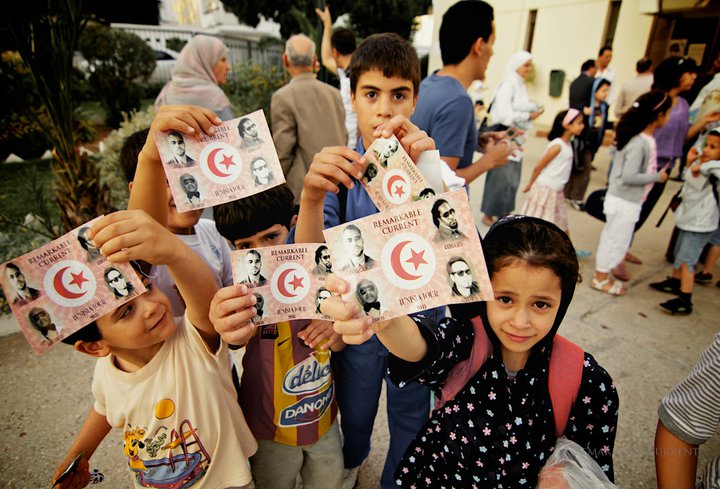 Remarkable Current, the musical collective founded by Anas Canon launched a cultural envoy and musical exchange program called "Hip Hop Ambassadors." The initiative is consciously modeled as a 21st century update to an earlier century's "Jazz Ambassadors" run by the State Department that emerged out of the Cold War context of the mid-1950s to the 1970s. Led by jazz greats Louis Armstrong, Dizzy Gillespie, and Quincy Jones, the productive outcome of these tours were concerts and "jam sessions" of intercultural dialogue and musical exchange. In accordance with this mission, RC intentionally recruits American musicians who are not only eminent in their fields, but also ones who "exude a loving spirit and a disposition of universal inclusiveness." Canon explains, ¨When walking on to the stage or visiting an orphanage, you don't have to speak the local language to communicate that you are there to share yourself with them. People can feel when you are as excited to meet them as they are to meet you." Thanks to modern technology these meetings end up in collaborative endeavors.

For example, Tunisian rapper El General, who lyrically scribed the unofficial national anthem of thawret al-karama "Rais Lebled" and one of those suspicious of Western intentions, surprisingly agreed to collaborate with RC on a track produced by Canon, a melodic and linguistic version of Arabic and English stylings called "Pick Up the Pieces." Ranked by Time magazine as one of the 100 most influential people of 2011, El General was the symbolic representation of youth grievances with the state and the drastic politically repressive measures it takes to silence those critiques.

The "hip hop jam session" between African American hip hop musicians and Sfax native El General is at that the core of the philosophy undergirding RC's hip hop diplomacy: critical cross-cultural exchange and dialogue achieved through musical collaborations. In preceding days, RC collaborated with Tunis-based rap group Empire on a beat and hook written by Canon who was inspired by the self-immolated marginalized fruit and vegetable stand vendor Mohammed Bouazizi, the culminative fire to the keg powder of years of escalating organized opposition to the regime. The hook celebrates the profundity of his sacrifice: "Hey Bouazizi, hey Bouazizi, set it off, set it off one time because a young man's spark will make an old man fly." The track, "A Young Man's Spark (Bouazizi)," along with "Pick Up the Pieces" have already been playing on Tunisia's national radio station Radio Mosaique and are available for free digital download online.

At the close of their last show, which ended with concert goers demonstrating their adeptness in the art of break-dancing and (even) salsa dancing on stage to RC's hip hop rendition of James Brown's "I Feel Good," I was reminded of Aouadi's strong investment in the power of people to people diplomacy. How many of these youth would have an opportunity to interact with Secretary Clinton or Vice President Biden? How many would even watch a televised conference with these U.S. public officials?

From the likes of Aouadi and other grad-educated activists to Bouazizi and dissenting interior dwellers to that of state censored and harassed rappers like El General, these concert attendees are the architects and construction workers of the revolution. If these youth voices, some of the lead organizers of civil society and new Tunisia, are marginalized and political elites are once again viewed as the primary and sole representation of state politics, we risk supporting the re-creation of the conditions that produced a Ben Ali. We also risk continuing a legacy with a disillusioned Arab populace of questionable American credibility.

My generation stands to learn from the enfranchisement blueprint designed by Tunisian youth (ones taking cues from the Civil Rights movement). Americans of all generations stand to learn about Tunisians beyond their historic revolution. How much did we know about Tunisia before December 2010? And what do we know about them now? What are the hopes and dreams of those Tunisians striving for "karama" (dignity)? The interaction between youth and envoys like RC artists through a shared global language (hip hop and social media technologies) may be a "bab" for this bilateral political and cultural education.