To find surprising retail in a foreign city, you often have to do a little digging. You have to be part archaeologist, part anthropologist, delving beyond the surface similarities of the globalized retail landscape to see what makes a place and its people unique. Sometimes, even the locals don't realize what's different about their patch of the planet.

In Budapest last week, I asked my host Laszlo directly whether there was any retail that I really must see. "No," he shook his head apologetically, "There's nothing special here." How wrong he was.

On the streets of the seventh district of Budapest, a stone's throw from my hotel, I found some of the freshest retail I have seen in years - ruin pubs ("romkocsma" in Hungarian). These are bars that have sprung up in abandoned tenements, forgotten factories, or on lots left vacant and unloved from bombing in World War II.

Thrown artfully together with graffiti-ed signage, mismatched furniture, curios and artifacts and quirky touches like seating in rowboats and communist-era cars, ruin pubs are both casual and cool. They can open, then just as soon disappear and materialize in a new location. I call it "post pop-up retail" (and haven't we desperately needed something new - pop-up has become predictable). 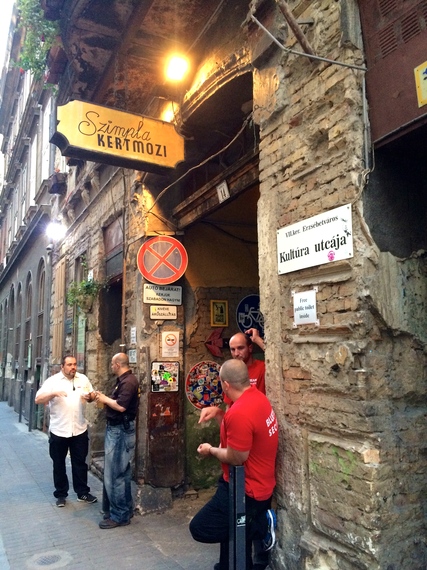 The original ruin pub is called "Szimpla Kert" (Simple Garden), which according to Lonely Planet was the third best bar in the world in 2012. You enter through a dark corridor into a large, sun-filled garden. Besides cheap beer and wine, Szimpla Kert sells wood-fired pizza and hosts regular farmers' markets, flea markets and film screenings.

The further you travel from the Danube River (which splits "Buda" and "Pest"), the fewer tourists there are and the ruin pubs become true local hangouts. 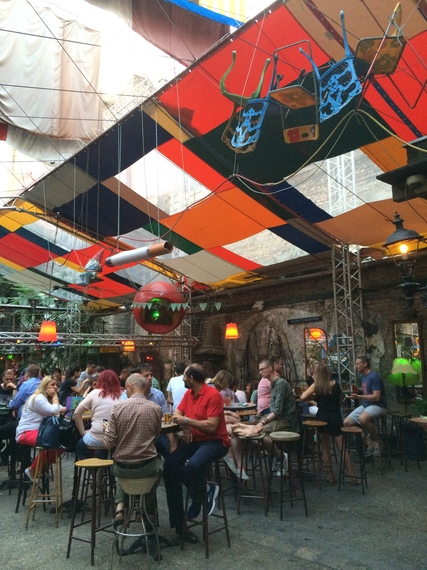 There are enough of these places in Budapest VII to do a ruin pub crawl, each with its own distinctive vibe. And the concept has spread beyond bars to cafes, restaurants and galleries. It's also traveled to cities like Berlin, which has its own share of ruin-pub-perfect locations.

To me the ruin pub phenomenon is very on trend for retail today, as increasingly people want experiences that are authentic and unique. Be it fashion or food and beverage, chains can be yawnworthy. Seen one, seen them all. You can't bore people into buying, and when you serve up something fresh, crowds come and wallets open. And that's a pretty good reminder for retailers everywhere.

Jon Bird is Global Managing Director of Labstore. Jon traveled to Budapest as a guest of the first Brain Bar Budapest innovation festival, where he spoke in a program that also featured a Hungarian hip-hop band and the world's first holographic presenter.