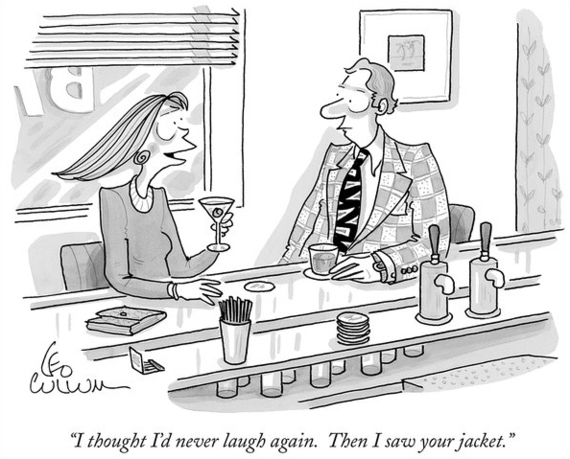 There are a lot of things to remember and reflect upon during the 15th anniversary of September 11th. And plenty of people will be telling their stories of grief, rage, human kindness and patriotism. So, Lester & Charlie are going to focus on someone who might get overlooked: Leo Cullum.

Leo Cullum, who died about four years ago, was a TWA pilot and a cartoonist for The New Yorker. And Leo turned out to be the person who answered the unspoken question that was on everyone's mind following the attacks: When will be OK to laugh again?

It might not sound that important, but back then, there was a feeling that terrorists not only took away our skyline and businesses and families, but that maybe they had stolen what Americans always rely on to survive a crisis: our sense of humor.

So he published the panel above.

This simple cartoon gave New Yorkers a collective sigh of relief when they really, really needed it. It reminded us that laughter makes us stronger, not weaker. And that we, as Americans and New Yorkers, weren't going to let anybody take that away from us.