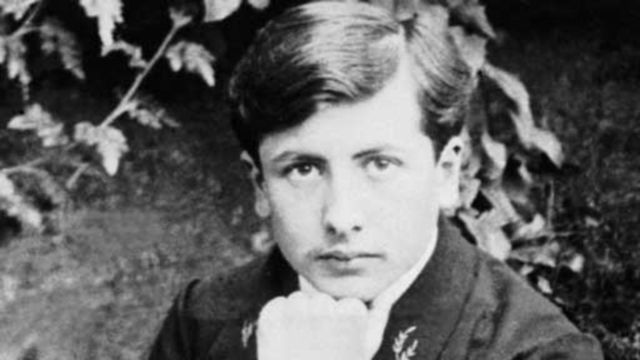 My grandmother, a great rememberer of birthdays and anniversaries, once gave me a "birthday book," essentially a calendar in which to list friends' and family members' important dates, after I had expressed admiration for a similar book she kept in her kitchen. While technology now offers us numerous solutions to the problem of remembering dates (if only we remember to look), it seems to me that we could be more imaginative in deciding which dates are worth remembering in the first place.

This thought came to mind yesterday, when I learned that June 1 is the date on which Henri Fournier, or Alain-Fournier, first set eyes on Yvonne de Quièvrecourt, the aristocratic beauty who with little transformation would become the heroine of Le Grand Meaulnes, the 1913 masterpiece that, though frustratingly ignored by English-language readers, remains one of the wonders of French literature. In other words, yesterday was the anniversary of what John Fowles, in the afterword to an English translation of the book, calls "one of the most famous private thunderbolts in the history of love," to which one would have "almost to go back to Dante and Beatrice to find its equal."

The story goes like this: Henri Fournier, eighteen-year-old student in Paris, was leaving the Salon, the annual exhibition of paintings at the Grand Palais, when, as Mr. Fowles writes, "he saw -- was instantaneously riven to the core of his being by -- a tall girl with blonde hair." He followed her to a house on the Boulevard St.-Germain, to which he returned nine days later, waiting outside all day for a glimpse of her. She looked out from a window at one point and smiled, which was encouragement enough for him to return the next day. When she left the house that day, he followed her and was able to muster the same words -- "Vous êtes belle" -- that Augustin Meaulnes utters to Yvonne de Galais in the novel. Eventually, Fournier succeeds in engaging her in conversation for an hour as they walk down the Seine. When they say goodbye at the Invalides bridge, that is all; they are never to reunite, except for a single afternoon in later years. He cannot hope to marry someone of her class. Life pulls them in separate directions.

Yet this event, which Fournier called the Encounter, was the decisive moment in his life and art. Although he later had several affairs, he retained a kind of fidelity to this pure, ideal love of Yvonne throughout his life, which ended in action near Verdun in 1914. The difference in the novel is that Meaulnes, Fournier's alter-ego, finally attains the elusive Yvonne, marking the end of adolescence and the replacement of one kind of sadness with another: of youth's unfulfillable hopes with maturity's perception that realizing a dream means no longer having it. We are sometimes told, at least in places where Anglo-Saxon good sense prevails, that wanting what you have is better than having what you want. But the Fournier credo is something more painful and complex: that having what you want means no longer being the person you were when you wanted it.

Le Grand Meaulnes may be a book best read in youth -- I have a friend, a great reader, who found it somehow difficult to enter into its world even in his mid-twenties, perhaps in part because he is such a mature sort of person. The book takes, at the least, a certain willingness to reenter the emotional terrain of adolescence, something which is easier for some of us to do than for others.

In any case, the hour is now past when, 106 years ago, Fournier saw Yvonne on the steps of a museum and felt his life change. But there are other moments we could choose in our own lives, and in those of people we admire, that might just as worthy of remembrance. Indeed, perhaps a similar moment occurred today, in Paris or somewhere else, that will change the internal landscape of people in another 106 years. And wouldn't that be worth remembering?