In light of March being Women's History Month, many articles and reports have been circulating about the issues that Canadian women currently face. One report that is important to highlight is the Criminal Law Association's "Retention of Women in Criminal Defence Practice Study." The report created plenty of discussion. And, as people tweeted out the report, agreeing with the report's findings, we remained uncomfortable and cautious. Where did our story, our realities, our experiences and our voices fit in the report? 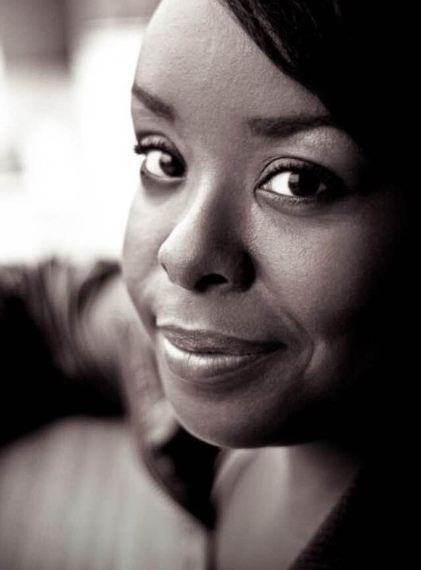 We are Black and Indigenous women who are currently in law school at a Canadian university. Our school says that it is already committed to the Truth and Reconciliation Commission's Calls to Action. One call to action encourages all law schools to require students to take a course in Aboriginal People and the Law, where discussions and content will include the history and legacy of residential schools, the United Nations Declaration on the Rights of Indigenous Peoples...and the list goes on.

Buzzwords are used, much like how "reconciliation" is the new cool thing to do. Much like social justice or anti-racism.

Still, in both of our experiences, while the school says one thing - like that they are committed to indigenizing the curriculum - we see and experience another thing. We know we are not alone and after reading the Criminal Lawyers' Association report, we see that the situation does not get any better in the practice of law.

In fact, when we first read the report, we knew and more importantly, we know that women experience systemic discrimination, like sexism. Yet, the report itself and the discussion surrounding the report remained silent on systemic issues like racism: anti-Indigenous racism and anti-Black racism.

Yes, women are treated in the courtroom differently than men, but what about the differences among women? Specifically, how are Indigenous and Black women treated in the courtroom by judges and court staff? And what issues do Indigenous women, Black women and other women of colour in the criminal profession highlight as important issues we experience? The essentialism of women is highly problematic and dangerous. The homogenization of women is even scarier. This report and the discussions surrounding it should have included the diversity of experiences among women in the analysis. When we talk about women, we must be specific on what kind of women we are talking about.

This erasure or more appropriately, our erasure of our experiences from statistics, data, and discussions as a whole is a sentiment that we often feel while sitting in our classrooms at law school. We often sit in classes like criminal law and public law, experiencing the erasure of our experiences. Our bodies are erased in the way class subjects are taught by who we read, who is allowed to speak, and whose ideas and opinions are centered. 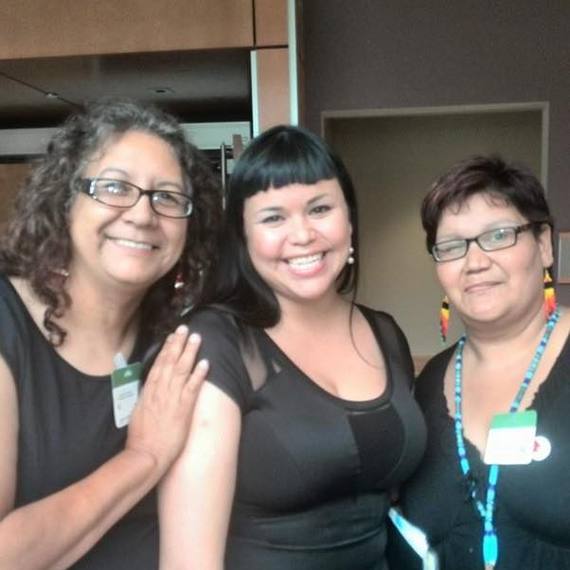 Naomi Sayers with Families of Sisters in Spirit after opposing bill c-36 (the new prostitution provisions).

We talk about criminal law cases and our bodies are only brought up in tokenistic ways. We talk about Gladue principles and have to hear heavy sighs and see eye rolls. We talk about sex work and we hear the narrative that Indigenous women in the sex trade must be saved-and the assumption that there are zero sex workers, current or former, while at law school. And we talk about the over policing of Black people (and Indigenous People are thrown in there for good measure) and we hear the huffs and puffs or the stories of white people being entered. With her hand raised high, "But in my experience with police....", asserts the solicitous white peer.

Perhaps some of the reasons why racialized women are leaving the criminal profession are more complex than what is discussed in the report. Perhaps it is also because we do not get paid the same as white women, let alone white men. What about Black and Indigenous women in criminal law practice? We are often mistaken for the assistant in the courtroom, rather than the lawyer. And the most obvious, racialized lawyers in criminal law practice are often in solo practice. Maybe it is because we are not even hired as much.

We commend the report for talking about retention. But let's talk about getting into the door first, the barriers of getting into law school and the obstacles of staying in law school. And so, the report discusses some of the barriers for women who remain in private practice. The report reads, "Not one single strategy will likely remove the barriers that are keeping some women from staying." Women cited concerns about "being forgotten by clients or colleagues while they were gone" while away on maternity leave. The condescension runs deep.

Nevertheless, we write these words with hope of calling on these women to always remember their Black and Indigenous colleagues...often not seen as lawyers or courtroom players but seen as the help.

In the end, although this constant erasure is frustrating, we believe that our strength and resistance will help us prevail. Our bodies carry the stories of our ancestors, surviving genocide, colonialism, and slavery. We also see hope and light in the experiences of the Black and Indigenous women that came before us. For example, we see Black women and Indigenous women, doing law differently. We see them creating their own law firms, like this law firm created through one tweet, KMR Law Group, after one of the Black women who formed this firm was referred to as a slave by a partner. This story, and eventually our own, is a story of re-claiming, resisting and a refusal to remain silent about our truths and our realities--realities and truths that are just as important as the white cis-women complaining about maternity leave as if it is the only thing feminism has left to tackle.