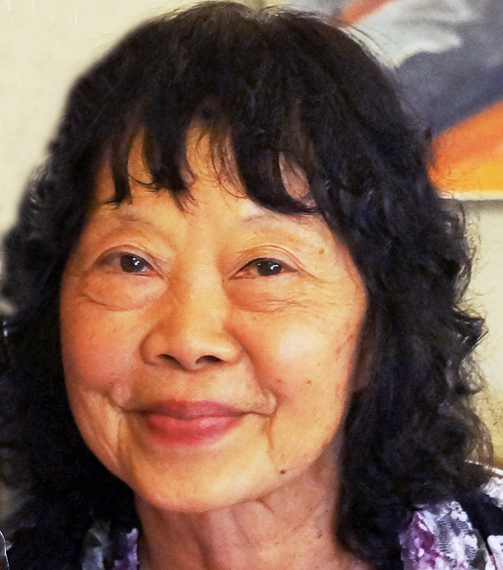 Mae-Wan Ho, the Hong Kong-born evolution scientist and one of neo-Darwinism's most effective critics, has died at age 74, I learned today. Ho was co-founder with her husband, physicist Peter Saunders, of the Institute of Science in Society, the UK organization focused on reclaiming science for the public good. She was also the author or co-author of a dozen books, one of her favorites, The Rainbow and the Worm.

Through the years at ISIS, Ho and Saunders were tireless in challenging dubious science, particularly that of "artificial genetic modification" of our food supply. Ho left her 25-year teaching position at Open Unversity over issues related to the university's stance on GMOs.

Mae-Wan Ho described herself to me in an interview last year as "a happy, optimistic person by nature." As an original thinker, she brushed off neo-Darwinist attacks branding her "neo-Lamarckian, communist, Marxist" in response to her early exposés on the Modern Synthesis, which began with a 1970s paper co-authored with Peter Saunders: "Beyond neo-Darwinism: The Epigenetic Approach to Evolution":

"People like Peter Saunders and I, who've been arguing about this since the 1970s, think things have moved on to such an extent in evolutionary science, and the world beyond neo-Darwinism is so creative and beautiful, that we now don't really care about trying to convince the neo-Darwinists."

Ho thought the Modern Synthesis did need to be completely replaced, however, "so that the universe of learning, of finding out about nature" could "open up properly." She applauded the current work of Oxford University physiologist Denis Noble, principal organizer of the upcoming Royal Society meeting on evolution paradigm shift, for carrying the torch. "He's [Noble's] right and has got the zeal," she said.

Like Lynn Margulis, Ho was one of the few women to be regarded as a "giant" in the field of evolutionary science and was awarded the Prigogine Medal in 2014. She thought sexism in science was still "quite a serious problem," but again she looked on the bright side, commenting to me:

In recent years, Mae-Wan Ho had been thinking about water and its mysterious properties and was inspired by the work of quantum physicist Emilio Del Giudice. Several months ago, she completed a new book, Meaning of Life & The Universe, in which she calls for a new "science of water." Mae-Wan Ho believed that "water is the medium of life," that "[q]uantum coherent water underlies the quantum coherence of organisms."

We have lost a wonderful visionary.