Long before the tragedy in my hometown of Newtown, Connecticut, I knew full well that gun violence could happen anytime, anywhere, and to anyone.

After all, research and advocacy to prevent gun violence has long been central to my professional life. Since I founded the Violence Policy Center in 1988, I have become very familiar with the fact that none of us is immune to the gun violence epidemic. In a country with the highest per-capita rate of gun ownership of any Western, industrialized nation, we experience tens of thousands of gun deaths every year (currently more than 31,000), everywhere from inner cities to comfortable suburbs to small towns.

None of this, of course, prepared me for the shock, horror, and grief I felt when Newtown, where I grew up and attended public schools, became the latest American community to be devastated by gun violence. Seeing this familiar place through the dark prism of a mass shooting was truly heartbreaking. Saint Rose Church, home to the annual carnival for children and families, filled with television anchors and news trucks. The iconic image of the town's flagpole and churches haunted by a new and tragic meaning.

At the same time, seeing the residents of Newtown join together, standing strong in the wake of tragedy, made me proud to say I grew up there. In the year since, I have been even more proud as they have organized, advocated, and fought tirelessly to stop this nightmare from ever happening again.

Much will be said in the coming days about how successful advocates have been in achieving their goals since 12/14. And make no mistake: Given the opposition we face, we cannot expect to win overnight. The NRA, a trade association for the gun industry masquerading as a shooting sports foundation, has worked for decades to block any policy that could negatively affect the industry's bottom line. They've taken tens of millions of dollars in donations from gun companies that care more about increased profits than protecting public safety.

But over the long term, it's important to know that the NRA represents an industry on the decline. Gun ownership has steadily dropped from more than half of American households to about a third, leaving gun companies to market their products to a shrinking customer base (today, there are fewer and fewer gun owners, but they're acquiring more and more guns). Newtown and other recent mass shootings have greatly increased public awareness of gun violence, helping spur a growing grassroots movement in favor of action that shows no sign of slowing down. This includes efforts like the Campaign to Unload, a diverse coalition of gun violence prevention groups that is calling on Cerberus Capital Management to keep its promise and end its investment in Freedom Group, the company that made the Bushmaster AR-15 assault rifle used at Sandy Hook Elementary School.

This past year, we have also seen positive action at the state level -- important because states with stronger gun violence prevention policies often have the lowest gun violence death rates, and states with weak gun laws and high gun ownership lead the nation in gun deaths. In April, Connecticut enacted the nation's strongest ban on assault weapons, universal background checks, and a ban on high-capacity magazines. Gun violence prevention legislation was passed in other states including Colorado, California, New York, and Maryland.

Over the coming year, I and other advocates will work to make sure that nobody forgets the tragedy of 12/14 -- or any of the other mass shootings that have occurred since then in places like Santa Monica, California; Hialeah, Florida; and Washington, D.C. Nor can we forget the 86 Americans who die every day from gun violence in homicides, suicides, and unintentional shootings.

That's why we need to continue the call for comprehensive federal legislation to address gun violence, including a ban on assault weapons like the one used in Newtown, effective universal background checks, and a ban on high-capacity ammunition magazines. In addition, we need to end the gun industry's outrageous status as the only consumer product that the federal government does not regulate for health and safety. We should hold firearms to the same health and safety standards as all consumer products, from toys to trucks, aspirin to airplanes.

We can also work to diminish the clout and power of the National Rifle Association by continuing to expose the organization as the gun industry trade association its leaders have allowed it to become. When we tear back the curtain, it's clear that today's gun industry is radically different from 30 years ago. Six shot revolvers and bolt-action rifles have been supplanted by high-capacity concealed carry pistols, military-style assault pistols and assault rifles, and even 50 caliber anti-materiel sniper rifles that have no place in civilian hands.

For me, Newtown represents not just the scene of an unspeakable tragedy, but the place where I spent my childhood, a close-knit community that is now already on its way to recovery. One year later, we need to remember and honor the victims and their families -- and then move forward together to make America a better and safer place. 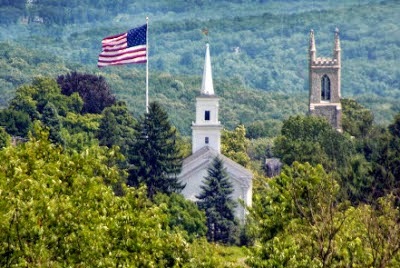