This year marks the 73rd anniversary of the Japanese attack on military forces at Pearl Harbor in Hawaii. December 7th falls on a Sunday, just as it did on that "Day of Infamy" in 1941 when the sun dappled base was just waking up to another relaxing weekend day. 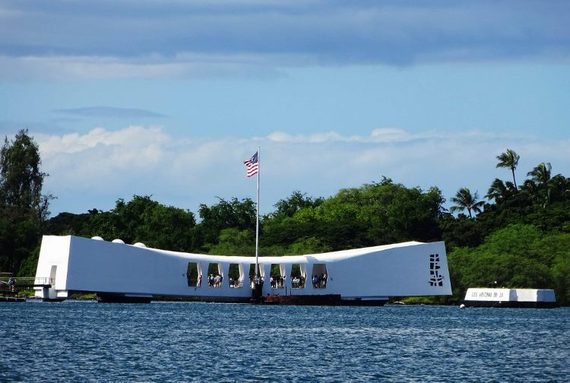 Despite the passage of time a visit to Pearl Harbor is still an emotional one; particularly when visiting the USS Arizona Memorial which straddles the sunken ship and the remains of 1,102 sailors who were entombed when a bomb struck the ship's ammunition magazine. 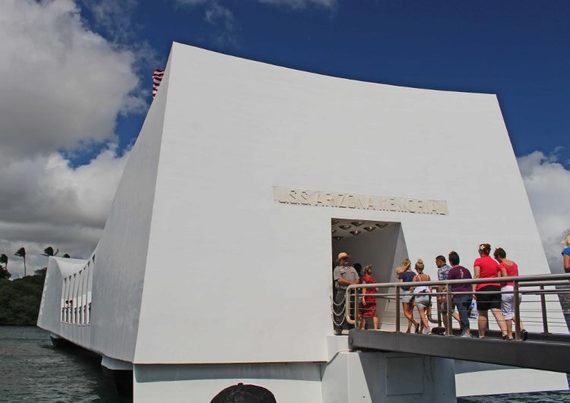 A surprise for visitors is meeting Al Rodrigues, a retired US Navy sailor who survived the attack. He is often on hand signing copies of his book Diary of a Pearl Harbor Survivor and greeting history buffs and those here to pay respect. 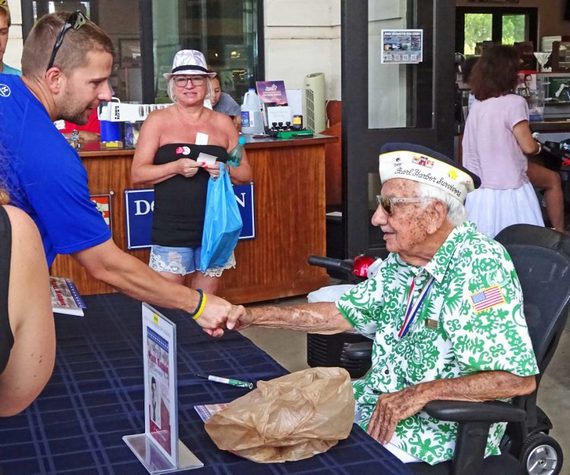 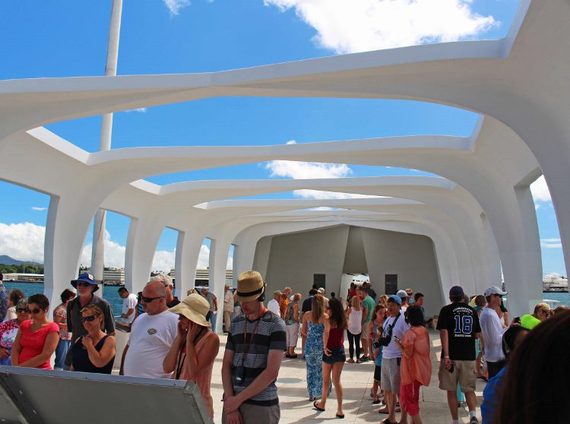 The Arizona lays submerged in the position it landed upon on December 7th. A park ranger pointed out that the explosion was so strong that the ship settled into 15 feet of mud on the bottom of the harbor. Rusting parts of it still poke through and are visible to visitors. 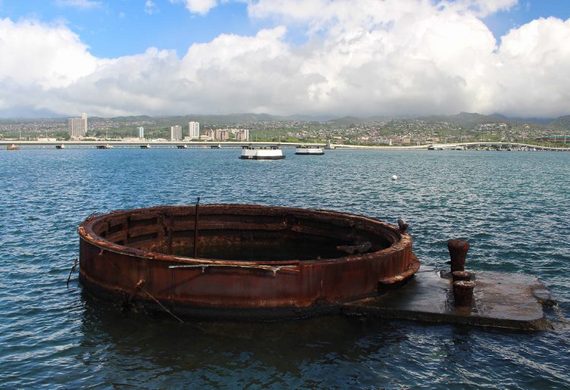 The pristine white marble memorial that straddles the ship perpendicular to it was dedicated in 1962. It is only accessible by boat with limited tickets available. 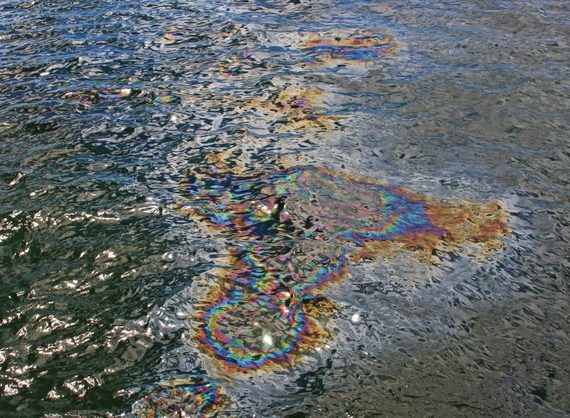 One of the most touching aspects of visiting the memorial is the polychromed oil slick that floats on the waters just below it. Even after seven decades the Arizona is still leaking oil to the surface, some have called this affect the "black tears of Pearl Harbor." 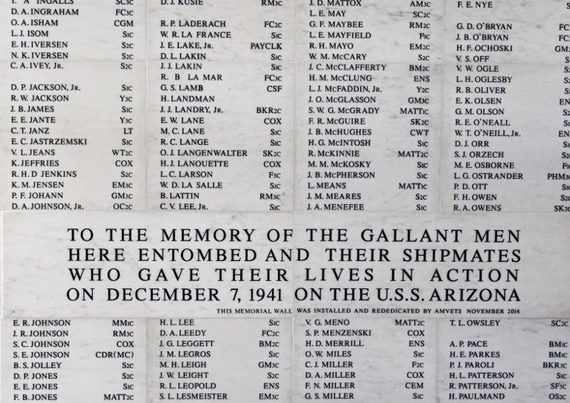 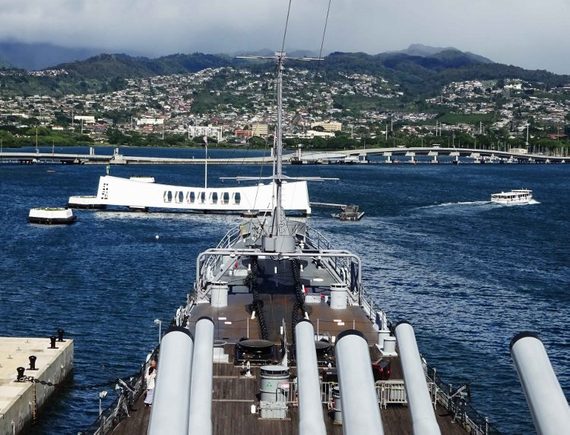 The Missouri is pointed right at the Arizona Memorial. A fitting tribute since the document formalizing the Japanese surrender in 1945 was signed on the teak-wood deck of the ship. Visitors can ramble all over the ship and stand where General Douglas MacArthur met the Japanese delegation. 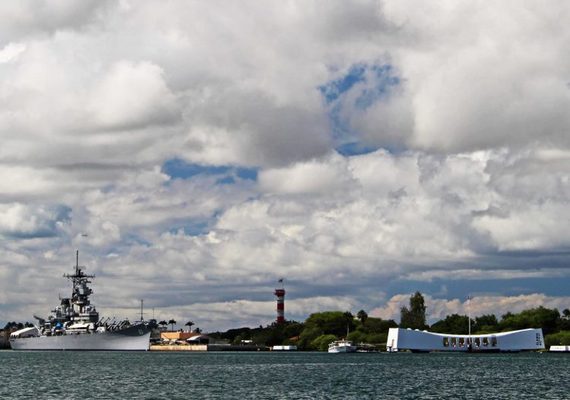 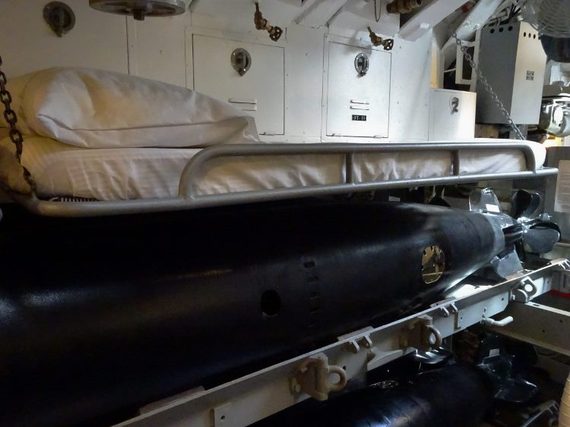 Visitors can go inside the USS Bowfin and see what life is like for submariners. I can tell you this. It is extremely tight. Those over 5' 6" tall must have really had to watch banging their heads. Another surprise is in the torpedo room where the sailor's bunks are squished in among the torpedoes. Near the entrance to the sub is a memorial to the 52 American submarines and over 3,500 submariners who lost their lives during World War II. 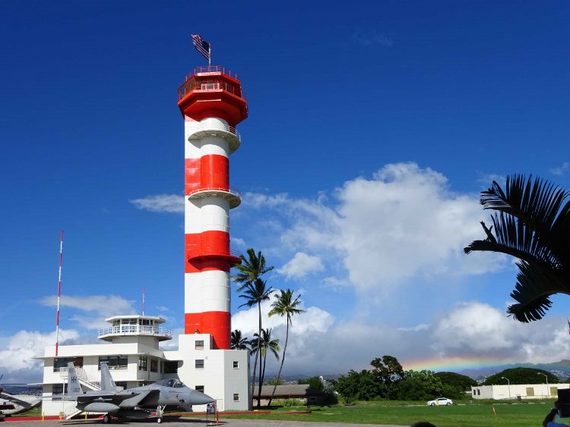 The striped red-and-white control tower at the Pacific Aviation Museum is familiar to anyone who has watched the films Tora, Tora, Tora or Pearl Harbor. The museum itself fills two hangars. One of the highlights is a Boeing N2S-3 Stearman; known as the "Bush" Stearman, it was flown by future president George H. W. Bush while he was still an 18-year-old trainee in 1942.

Larissa and Michael Milne are global nomads who have been traveling the world for three years. You can follow their journey and pick up valuable travel tips on their award-winning travel blog at Changes In Longitude. Their first book, Philadelphia Liberty Trail: Trace the Path of America's Heritage, will be published in January, 2015.