Last week the Arab-American community in the United States suffered a significant loss. Civil rights lawyer and activist Renée Moorad of Oklahoma passed away from the rare cancer of liposarcoma. Renée was part of a cohort of young Arab-American activists whose importance it may take future historians to appreciate. In a post-September 11 climate of crisis and confusion for Arab-Americans, Renée, with the support of a tightly-knit group of colleagues, acted on her frustrations, moved to Washington, D.C., and did her best under maddening conditions to combat discrimination. Her devotion was especially pronounced because, with a proper law degree from the University of Oklahoma, she chose to work in nonprofit civil rights advocacy, instead of something more lucrative like corporate law. 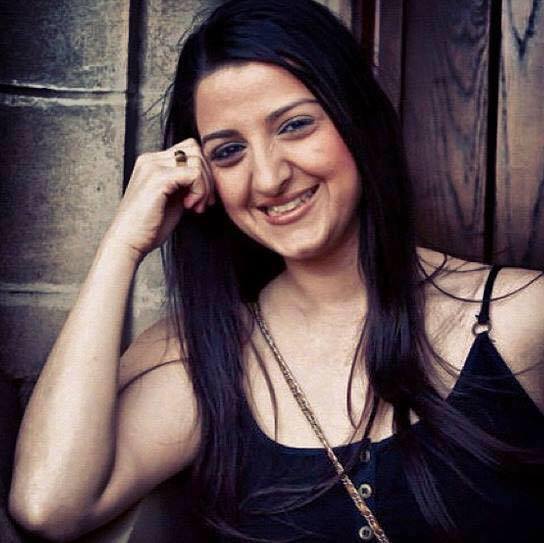 In 2012, Renée joined the American-Arab Anti-Discrimination Committee (ADC) where she worked on a number of legal issues involving civil rights. ADC, established by former U.S. Senator James Abourezk in 1980, is tasked, with its team of staff lawyers, to address the endless issues that complicate Arab-American life in the United States. Given the scale of the concerns under ADC's responsibility, and the limited staff and resources it possesses, the decision to work there is admirable on face.

As the result of a gift from Mr. Robert Andrews in California that created a special position at ADC, Renée's official title was the "Kahlil Gibran Legal Fellow." One of her chief tasks was to advance a longstanding campaign, begun in 1987, to petition the United States Postal Service to design a stamp in honor of Kahlil Gibran (1883-1931). Gibran, the New York-based poet whose writing (including The Prophet) remains extraordinarily popular around the world, is a touchstone figure for Arab-American identity, and educating the public about his roots in the Arab immigration to the United States serves to humanize Arab-Americans and emphasize their contributions to American society. While Renée's central responsibility toward the Gibran stamp effort did not mean she was exempt from dealing with other issues brought before ADC, from domestic surveillance to Palestine, it meant that she had to conceive of a challenging campaign on an issue that was in stasis. Since the Citizens' Stamp Advisory Committee of the U.S. Postal Service, the entity responsible for evaluating the many requests for commemorative stamps, had denied the Gibran appeals for 25 years (and since any cultural issue involving Arab-Americans inevitably becomes more complicated than it should be), I did not envy Renee's responsibility.

Living in Washington, D.C. and working in parallel with Renée to raise the profile and recognition of Arab-American literature (in my case focused on Gibran's friend and mentor Ameen Rihani [1876-1940]), I had several conversations with her about the importance and meaning of her effort. I also interviewed her on this website about the stamp campaign.

Like Renée and the rest of the cohort of young activists forced to make sacrifices to address the bewildering post-September 11 politics, Gibran and Rihani themselves were compelled to leverage their American upbringing at a key historical moment, the period surrounding World War I. Part of a highly-talented group of writers known as the Pen League, they advocated for Syrian independence from the Ottoman Empire, for humanitarian support for Middle Eastern refugees and victims of famine, against Zionist pressures in Palestine, and against British and French imperialism in the Middle East after World War I. Raised as children in America and familiar with its rhetorical values, they argued that American principles of freedom and self-determination should affect foreign policy toward the Middle East. Of Christian descent, they built bridges with Arab Muslims by establishing a new poetical language using Islamic motifs, and by educating the American people about the rich cultural heritage of Islamic civilization. They wrote articles for the American press, spoke and debated at public events, and met with American politicians.

Today, young Arab-American activists, like Renée, advocate that American ideals of civil liberties, of ethnic and racial equality, and of respect for immigrants also apply to Arab-Americans and to Arabs living in the United States. Arabs must not exist in a "state of exception." They advocate that the United States not make foreign and military policy that requires the dehumanization of Arabs and Muslims as a necessary assumption; therefore, educating the American public about the long, patriotic history of Arab-Americans (through something as simple as a commemorative stamp) is seen as ultimately crucial to changing American political decision-making.

With the post-World War I betrayal followed by accelerating disasters in the Middle East, Gibran and Rihani suffered great disappointments in their roles as creative activists. For Arab-American activists today, who must feel at times that they can't even conceive of impacting the core issues that concern them (i.e., government surveillance, bias in political questions involving Palestine, endless ill-conceived American wars in the Middle East), the disappointments of losing on even simple campaigns like establishing a commemorative stamp bite even harder. At a time when it would behoove the United States to emphasize Gibran, who advocated for religious tolerance and freedom in Syria from a U.S. base, the Postal Service's reluctance seems to be a terrible missed opportunity. My own intensely difficult, long-term effort -- with young Arab-American activist Carl Antoun -- to convince New York City and its Landmarks Preservation Commission to protect the last remnants of the historic "Little Syria" neighborhood in Downtown Manhattan allowed me to commiserate with Renée about how even seemingly straightforward cultural advocacy becomes a minefield when Arab-Americans enter the picture.

In her short life, Renée must have had many dreams and goals that were unfulfilled. So, perhaps it is presumptuous, but I would like to suggest that in Renée's memory, admirers of Kahlil Gibran -- and of young Arab-American activists like Renée who followed his lead -- make another push to complete the task that she took on. As activists know too well, advocacy never ceases, and frequently extends beyond the efforts of one individual. Renée herself took on the coordinating role because the stamp campaign's previous leader, Mr. Robert Andrews, was exhausted after decades of appeals that seemed to go nowhere. As of September 18, 2015, Renée's petition at the American-Arab Anti-Discrimination Committee has gained 6,157 signatures. With Salma Hayek's bold and creative animated version of Gibran's The Prophet now playing at movie theaters across the country, now might be the moment to hope that a wave of thousands more join Renée's campaign and persuade the Postal Service to commemorate this great Arab-American figure and symbol.

Below is the text of Renée's appeal. I hope you will consider joining ADC's petition by clicking here. God bless you, Renée, for being a strong and dedicated person, and thank you for your compulsion to advocate for civil rights and for recognition of Arab-American heritage at this challenging time.

We, the undersigned, ask your esteemed postal department to consider seriously the issuance of a United States postage stamp commemorating Kahlil Gibran. Gibran Kahlil Gibran (1883-1931) artist, poet, philosopher and author, contributed immensely to American and world literature. He remains one of the most renowned literary figures in American history. His various works of poetry and prose have become models of writing excellence for scholars and students around the world. His timeless pieces of literature include: Broken Wings, The Madman, A Tear and a Smile, The Procession, The Tempest, and The Prophet, with over 100 million copies sold so far and translated into several other languages. We realize that your department receives thousands of similar requests annually. However, we feel the time is ripe to commemorate Kahlil Gibran who has contributed to our American modern heritage and the following signatures are our testimony.