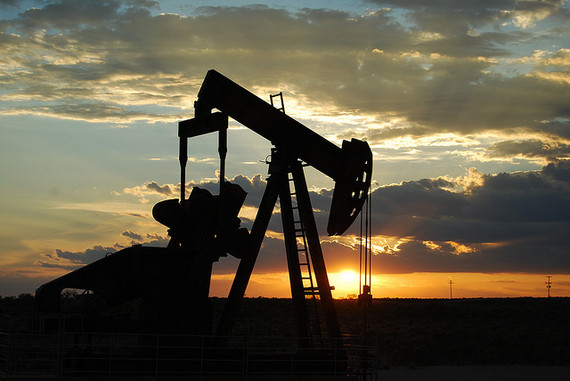 Oil companies are lobbying hard right now to get Washington politicians to lift the country's decades-old ban on oil exports. This week, as we reflect on Superstorm Sandy and the devastation it brought to the East Coast three years ago, we're pushing Congress to keep the ban in place, for the sake of the climate and our coastal communities.

Scientists say climate change is already exacerbating major storms like Sandy and their impacts on our increasingly imperiled coastline, and the problem will only worsen in a warming world.

Sandy struck the heart of the Northeast, killing dozens, ruining homes, and causing tens of billions of dollars of damage; it will remain in the record books for some time. But in the years since Sandy, catastrophic storms have just kept coming. The Southeast is still recovering from record floods from earlier this month, where a foot and a half of rain fell over the course of 24 hours. Last weekend, North America braced for the landfall of Hurricane Patricia, the strongest hurricane ever recorded in the Western Hemisphere.

It isn't just extreme weather that threatens our coastal communities. As the planet warms, so does the ocean. Parts of Antarctica are already thawing, and a recent study found that burning the earth's remaining fossil fuels would increase temperatures enough to melt it entirely -- causing sea levels to surge more than 160 feet and plunging major cities like New York and Boston underwater, not to mention nearly the entire state of Florida. As the lead author of the study put it, "if we burn it all, we melt it all."

To avert climate catastrophe for our coast and elsewhere, we must end our dependence on fossil fuels and chart a course to 100 percent pollution-free, renewable energy. That means supporting President Obama's Clean Power Plan, which places the first-ever limits on carbon pollution from power plants. It means renewing tax incentives for wind, solar, and other forms of clean energy. And it means supporting the U.S. as it leads other major countries toward an international agreement to curb greenhouse gas emissions worldwide.

What it doesn't mean is lifting the ban on exporting U.S. crude oil overseas.

There's just no way around it: if the oil companies have a larger distribution market for the oil they drill in the U.S., they will drill more. The companies themselves have issued estimates as high as 7,600 additional wells drilled each year, producing 3.3 million more barrels per day for the next 20 years. Even if only a fraction of all this extra oil is actually burned, global warming pollution could still increase 22 million metric tons per year, the same amount of pollution produced by five average-sized coal power plants.

Transporting this oil is another matter. If it were transported by rail, the extra oil would require enough trains to span the country from Los Angeles to Boston seven times, increasing the threat of oil train accidents. And pipelines carry their own risks. Either way, shipping more oil across the country would cause even more pollution and put more American communities at risk from devastating spills.

Lifting the ban would worsen global warming, but strengthen profits for the oil companies, who are already among the most profitable in the world. An Energy Information Administration study shows their revenue could jump an additional $25 billion by 2025 without the ban in place. As The New York Times reported, that's a big reason these corporations are spending millions on lobbying and third-party studies supporting repeal of the ban.

Ending our oil export ban will create more pollution that will load the dice for more extreme weather events like Sandy, Patricia, and Joaquin. It will chart a course to "melting it all," which scientists say could wipe out major coastal communities. That's why we're calling on Congress to stand against lifting the export oil ban, against the oil companies, and for the safety of our planet and future generations. Join us.