Ahmed Zewail, Nobel laureate and pioneering father of the field of femtochemistry died today at age of 70. A friend of The Nobelity Project and one of nine Nobel laureates in our first feature film, Nobelity, Dr. Zewail's insights have long been a pillar of our work for education for all. Our deepest sympathies go out to his family, to his friends and associates at Cal Tech where he was one of the greats of our age of science, and in his home country of Egypt where his long-dreamed science university, The Zewail City of Science and Technology, is now a reality.

The father of the field of femtochemistry, Zewail was the first Egyptian and the first Arab to win a Nobel Prize in a science field, but his world both in and out of science was much bigger than the singular achievement that led to his Nobel..

I met Dr. Zewail while filming an interview with him for my feature film Nobelity, which looked at the world's problems through the eyes of nine Nobel laureates. 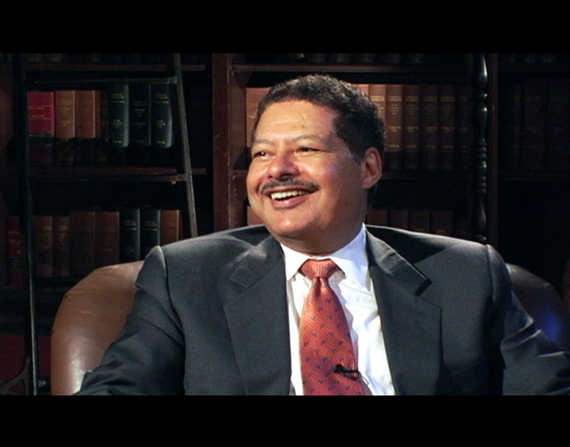 "I grew up in small Egyptian town 60 kilometers from Alexandria." Zewail told me. "It was the Branch of the Nile that takes you all the way to Rosetta where the Rosetta stone was discovered. So I was between two important cities - Rosetta and Alexandria. As you know Alexandria had the first library and university in the world. And the first proof that the earth was not flat was made in Alexandria - a beautiful experiment using the sun and shadow that estimated the circumference of the earth and it turns out to be probably within 1% of what we know today."

As a child, Zewail was intrigued by the love of knowledge and driven by a curiosity about science and the behavior of substances.

Less than two decades later, inspired by the early photography of Marbridge (and his stop-motion proof that a running horse's feet were all off the ground at the same time), Zewail was deep into what would become the field of femptochemistry.

If you want a nugget of knowledge to carry with you, a femtosecond is equal to a billionth of a second, something I had trouble wrapping my head around.

"A femtosecond to a second, is like one second to 32 million years," Zewail explained, his face lit up in a beautiful smile.

Like so much great science, what started as an experiment in the impossible would have great practical applications. Once Zewail and his team could photograph atoms in motion, molecular design and surgery on the atomic level became possible. The field of 4D spectroscopy has led to more developments. If you want to learn more on the pure science side, here is a link to CalTech's page on femtochemistry and femtobiology.

For Zewail, the Nobel Prize was just the beginning. In that first interview, and over the years to come, I learned that Ahmed Zewail was a passionate and intelligent voice for reason in what is too often called a clash of cultures between East and West.

A citizen of both Egypt and the U.S., he described himself as an Egyptian, an Arab, an African, a Middle Easterner, a Mediterranean and an American. When he heard theterm "conflict of cultures" bandied around, he often pointed out that tolerance and understanding are more the norm than is often recognized.

To match his beautiful mind, Zewail had a sonorous voice. Here are three clips of our interview from Nobelity:

WE LIVE ON ONE PLANET. SCIENCE EDUCATION. GLOBAL EDUCATION.

Asked about Western perceptions of the world of Islam, a subject that has never been more timely, Zewail laid out his view in words that have stayed with me always.

"I do feel that there's some misconception in the west about Islam. This doesn't mean that there are no Muslim fanatics, but there are also Christian fanatics and Jewish fanatics. The simple truth is, the fundamental message of Islam is to live peacefully with others. And there is an emphasis on knowledge; gaining knowledge, going out of our way to be knowledgeable."

"The fundamental message of Islam is very similar to all religions," he concluded. "To follow your god and be faithful. We need more understanding - to understand the commonality between us rather than the difference." 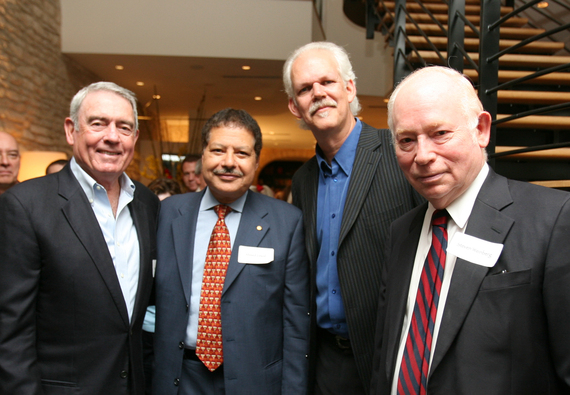 The past decade of his life, including the years since his cancer diagnosis, Ahmed Zewail has worked tirelessly to establish a great science University in Egypt. The main campus of the Zewail City of Science and Technology is now under construction, the Technology and Research Institutes are now fully operational at the Sheikh Zayed campus, and the new University's headquarters are fully functional in Cairo's Garden City.

Thanks to Ahmed Zewail, science is once again coming to the forefront of the Egyptian World.

"Science education provides rational thinking," Zewail explained to me so many years ago. "Science is also an international language. You can speak Spanish, you can speak Texan, you can speak Egyptian, you can speak Arabic, you can speak any language - you wouldn't be able to communicate. However scientist in Texas, Cairo, Germany, Los Angeles all speak the same language,

In Zewail's view, the binding force of science is its common language extending rational thinking across borders, cultures and religions to the benefit of all.

Whether you are in Egypt, the U.S. or anywhere else in the world, what a loss for us all.

Zewail's family has requested that memorial donations be sent to Zewail City of Science & Technology. Here is a link to the donation page, with tabs for much more information on the University.

(I've just discovered this excerpt of my interview with Zewail in Nobelity, with added Arabic subtitles.)