We've just heard that Iraq war veteran Tomas Young, one of the first vets to publicly oppose the war, has died at the age of 34.

Young was featured in Body of War, a documentary by Phil Donahue and Ellen Spiro that was featured on Bill Moyers Journal in March 2008. The film focused on Tomas, who was shot and paralyzed just days after beginning his tour of duty in Iraq. 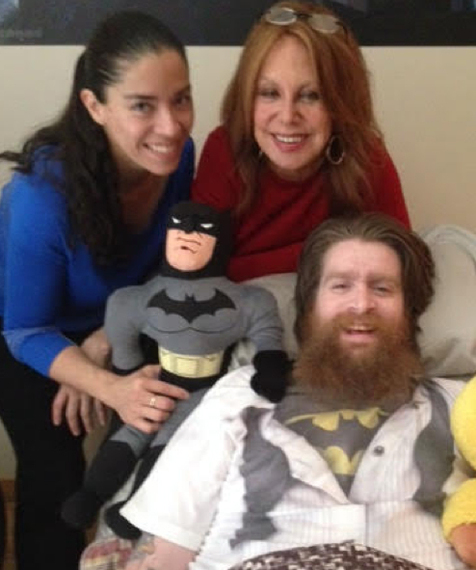 Donahue, who visited Young last month at his home in Seattle, said the world had lost a "bright light" and a "talented young man" who was determined to speak out against "this massive blunder that was the Iraq war."

"He was a political animal and he had a political statement that he wanted to make," Donahue told BillMoyers.com. "Tomas wanted people to know that this is the drama being played out in houses across the country occupied by thousands of young men and women who fought in the war," he said, referring to injuries that left Young in need of round-the-clock care.

The 24-year-old Young enlisted in the Army after the 9/11 attacks because he wanted to fight terrorists in Afghanistan, but instead was sent to Iraq. Five days after arriving there in 2004, he was shot in the chest and severely wounded. He was left paralyzed from the waist down and as the result of medical complications later became a quadriplegic .

In April 2013, Young announced that he would end his life by refusing his medication and feeding tube. But late last year, he told NPR he had changed his mind. "I just came to the conclusion that I wanted some more time with my wife," Young said. "And I decided that I really don't have the chutzpah to go ahead and do away with myself."

Young is survived by his wife, Claudia Cuellar. In this video from the 2008 broadcast, Bill speaks to Donahue and Spiro about Tomas. They share scenes of him from Body of War.