Jamaican-American artist Renee Cox is well-known for crafting mesmerizing images that combine the visual aesthetic of stereotypes with fragments of a new digital. Her stunning series "Sacred Geometry" multiplies and amplifies the nude form, creating hypnotic patterns from flesh and bone. The resulting images, just barely resembling the human bodies we're accustomed to, are dizzying fractal explosions that seem to self-perpetuate into infinity and harken back to ancient African cultures. 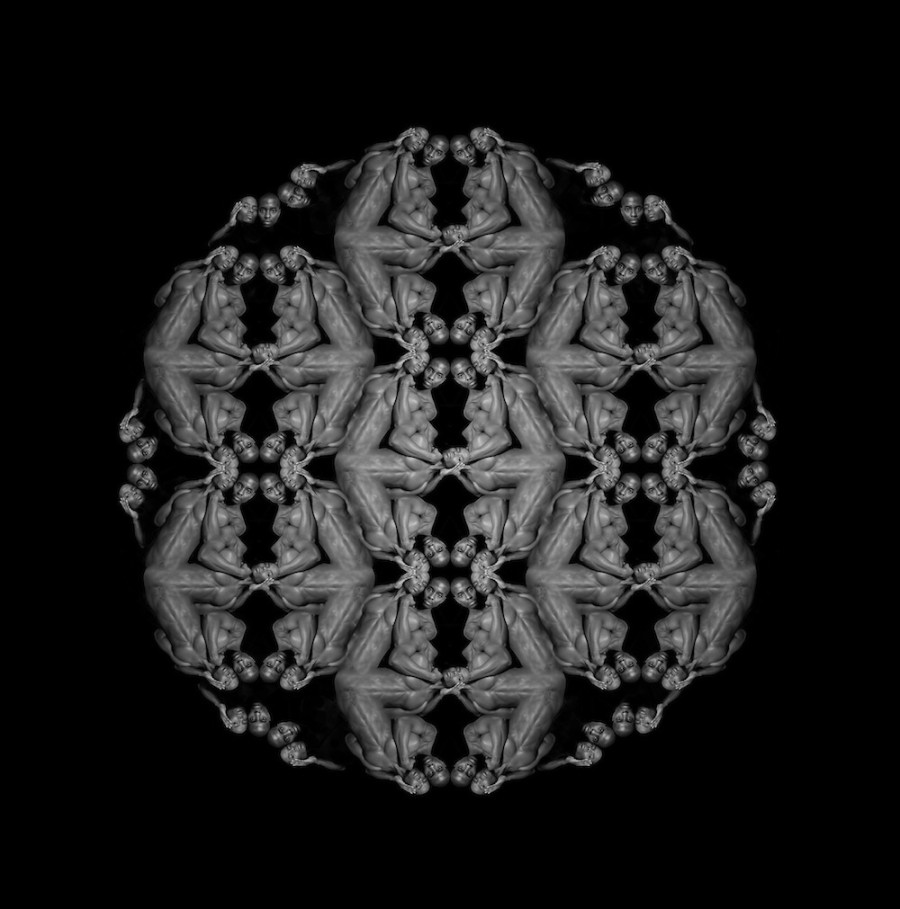 "This new body of work is inspired by a trip to Bali where the narrative of my series 'The Discreet Charm of the Bourgies' ends," Cox explained to The Huffington Post. "Bali is where I discovered and became compelled by fractals, and the mandala." A mandala, for the uninitiated, is a spiritual or ritual symbol associated with the greater universe, most often exhibiting radial balance. The images are often used to initiate a meditative trance.

"I create these forms or human mandalas based on the shapes I see within the bodies I photograph. As my work has always dealt with body it was a natural affinity to explore these ideas of spirituality, and forms around the figure."

Cox's images feel like the millennial extension of Leonardo da Vinci's "Vitruvian Man," unearthing the geometrical properties inherent to the body and elevating them to gorgeous new heights. 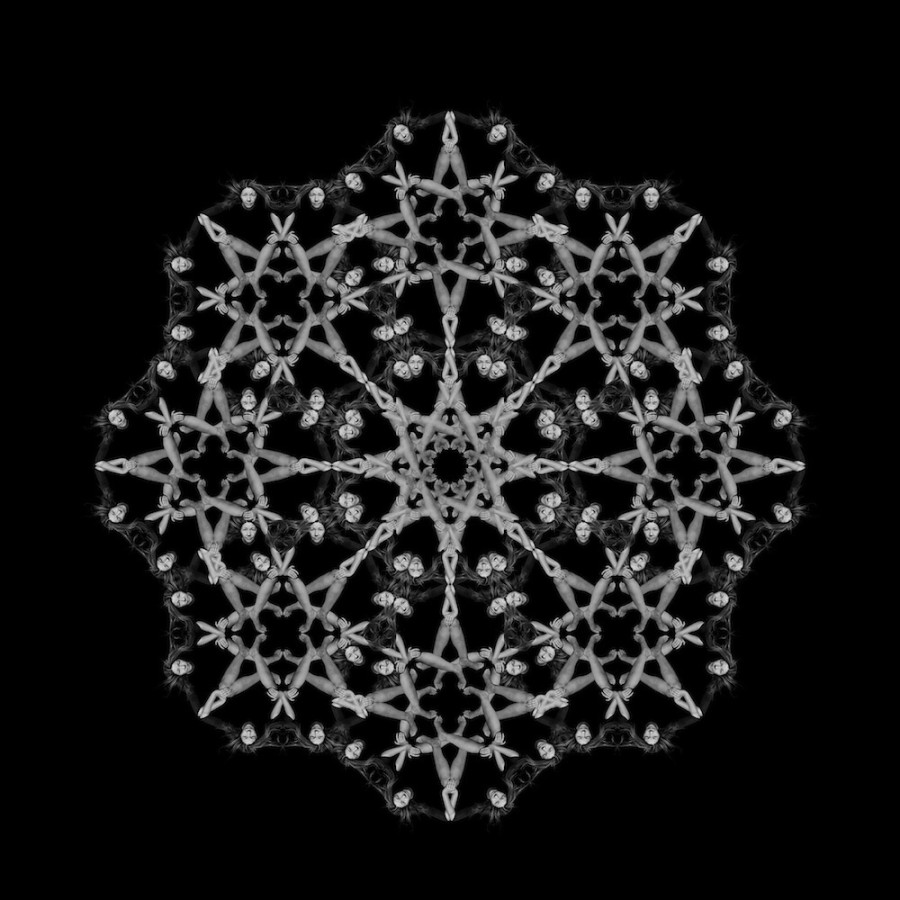 Although one could easily get lost in Cox's visuals alone, there are also political implications to the work. Cox has long explored new ways to break down gender and racial stereotypes with her images, capturing female and black bodies in spiritual and empowering ways. "Deconstructing stereotypes have been an integral part of my art in order to engage the viewer, and challenge their preconceived ideas about gender and race," she explains in her artist statement. "My goal has often been to produce art that will take people out of their comfort zone and produce healthy discourses. This is when I feel the most joy and fulfillment."

The stunning photographs are as visually intoxicating as they are conceptually powerful. See Cox transform the human body into a dizzying arrangement of parts in space, and feel the infinite potential of human beings really soak in. Let us know your thoughts in the comments.