I always thought vampires were the stuff of legend, but after doing a little digging through the scientific literature, now I'm not so sure. If you yourself have never heard of Renfield's Syndrome, don't worry. You're not alone.

Watch the video above or click below to read all about clinical vampirism. And don't forget to leave your thoughts in the comment section at the bottom of the page. Don't be afraid, talk nerdy to me!

Hi everyone. Cara Santa Maria here. American culture is crazy for stories of evil blood suckers who hunt in the shadow of darkness. From the iconic 1922 German horror film “Nosferatu” to “Twilight,” “True Blood,” and everything in between, our fascination with vampires stands the test of time. Could it be that somewhere, in the dark recesses of our minds, we fear that there's a bit of truth to these twisted fairytales?

In 2003, an Australian man was awaiting trial for rape after a woman was found brutally attacked, with part of her tongue bitten off. She claimed that Shane Chartres-Abbott, a 28 year-old male prostitute, told her he was a vampire who needed to drink blood to survive. In the midst of the trial, he was gunned down and killed in a modern-day "vampire slaying."

And just last year, a 19 year-old Texas man named Lyle Monroe Bensley was arrested after breaking into a woman's apartment and biting her neck. Once in custody, he told police that he was a 500 year-old vampire who should be restrained because he needed to feed but didn't want to hurt anybody.

Could these men be suffering from

There are very few mentions in the scientific literature, but a 2011 paper in the Journal of the History of the Neurosciences characterizes Renfield's syndrome as a blood-drinking compulsion. It's primarily found in males and the blood lust goes hand-in-hand with sex. Some people with Renfield's feel sexually empowered after drinking blood and think it has mystical powers, as if they're taking in their victims' life force.

Noll diagnosed patients with Renfield's based on an early childhood experience, where bleeding or tasting blood was somehow linked with feelings of excitement. After puberty, these feelings became associated with sexual arousal. He said that Renfield's progressed in three typical stages, starting with autovampirism in childhood. As the name suggests, autovampirism is the act of drinking your own blood. Once that's no longer exciting, I suppose, Renfield's patients moved on to zoophagia, which literally translates into eating living creatures. Here, it's the blood these modern-day vampires are after, and apparently it's easier to procure it in animals than in people.

But alas, the final stage of a typical course in this not-so-typical condition is full-blown vampirism, in which individuals procure and drink blood from living human beings. Some people with Renfield's engage in consensual sexual blood sucking activity, while others steal blood from hospitals and laboratories. Those with a penchant for violence may rape, torture, or kill their victims in order to drink their blood. And although there don't seem to be too many differences between cannibalism and clinical vampirism, in case you're wondering, the informative article I just referenced makes it clear that necrophilia and necrophagia are "not to be considered aspects of this disorder." Look them up.

But let's get to the question I know you want to ask: what happens when you drink blood? Is it bad for you?

In a word, yes. Although a little taste of blood here and there won't do much harm (if it's clean), if you drank too much, you'd develop heart disease, liver failure, and even cancer. Of course, this is because blood is rich in iron, and in high doses, iron is toxic. It leads to a condition called hemochromatosis, or iron overload. And untreated, it can be fatal.

So, I recommend resisting that vampiric urge, and sticking with cranberry juice. What do you think? Reach out to me on Twitter, Facebook, or leave a comment right here on the Huffington Post. Come on, talk nerdy to me! 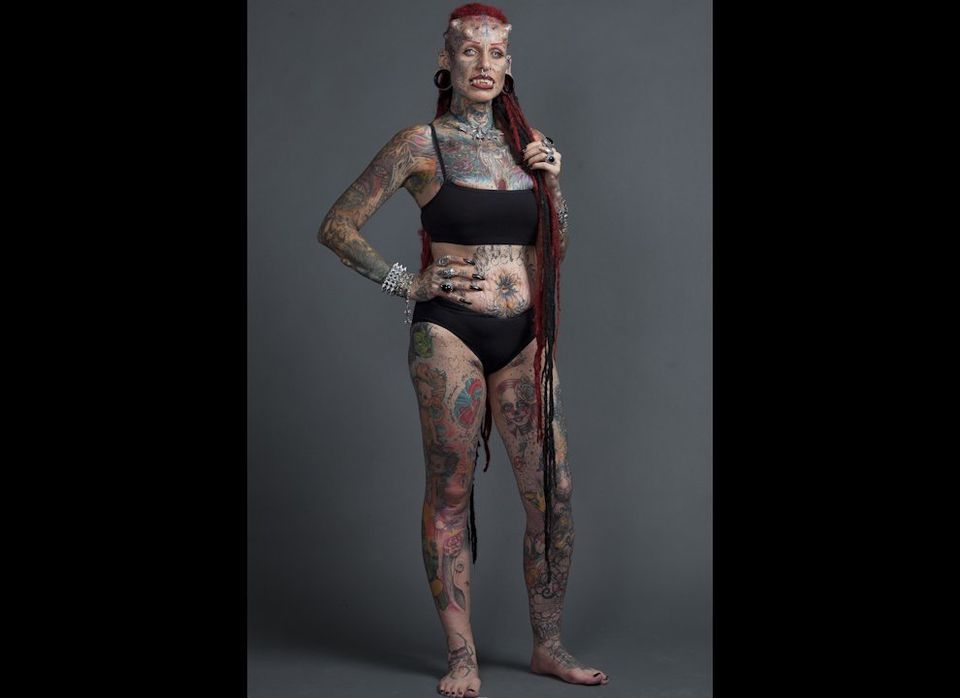 1 / 8
Vampire Woman
Maria Jose Cristerna is a 35-year-old former attorney from Guadalajara, Mexico, who is better known as the "Mexican Vampire Woman" thanks to the large amount of body modification she has had done, including piercings and tattoos all over the body, and the titanium horns she had surgically embedded in her skull.
Presscott McDonald/courtesy of Ripley Entertainment