One of the most influential painters in the world, Cy Twombly, has died at the age of 83. Known for his scratchy compositions and "grey ground" paintings, his poetic engagements with Italian and classical verse, and a stylistic and critical divisiveness that spanned more than 50 years, Twombly rose to become one of the most important artists of the last century. Gagosian Gallery, who represents Twombly's work, announced today the passing of the celebrated painter and sculptor. Although the cause of death is not yet certain, the artist had previously suffered from cancer. He died in Rome, Italy, a country the artist called home since 1957. 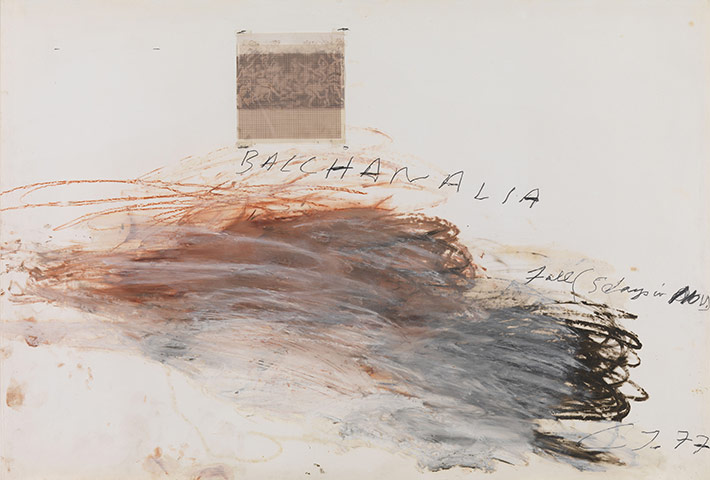 Born in Lexington, Virginia in 1928, Twombly actively distanced himself from the major movements of 20th-century art, both stylistically and geographically. For decades, both critics and the public struggled to place his work within the larger Modern art milieu at large, and later, artists like Joseph Beuys and Jean-Michel Basquiat would come to contextualize his work in unexpected ways, catapulting his critical approbation and significance in 20th-century art. He was subsequently featured in the 1988 Venice Biennale, and, in 1995, Dominique de Menil commissioned the Cy Twombly Gallery in Houston, Texas, a permanent site dedicated to a retrospective of the artist's work, as part of The Menil Collection, one of the most important private collections and public institutions in the United States.

Twombly's work will be celebrated for centuries to come, and its true influence -- beyond what has already taken place during his lifetime -- still has yet to be seen. His passing is also especially affecting to this writer. I fondly recall skipping class before lunch in high school in Houston to quietly slip into the Twombly Gallery, not far away, and marvel at his work. He leaves behind an incredible legacy the likes of which we are only just beginning to understand.