"What I am trying to do in my academic life is change art discourse. I want to change the field of art history. It is time to have a new narrative and it is time to bring new, more diverse voices to the field." So maintains Amelia Jones, the Robert A. Day Professor of Art & Design and Vice-Dean of Critical Studies at the Roski School of Art and Design at the University of Southern California in Los Angeles. 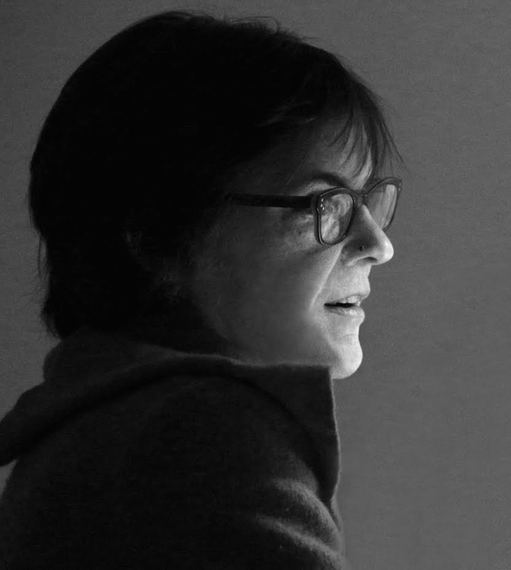 Amelia Jones's focus on diversity took root early. She was born in North Carolina at a time when overt segregation was collapsing. Starting in the fifth grade she was bussed across town to go to school with a largely African-American student body. "That time was hugely formative for me," Jones said, "because when they integrated the schools a lot of white middle-class children left the public school system, while white middle-class children like myself, whose parents kept them in the public school system, found ourselves in schools that were smaller and with facilities that weren't as good. I saw the ways in which the black community was underserved and even to my fifth grade eyes, it was super shocking."

In Durham, where she grew up, Jones would often babysit for a family across the street who was African-American. In fact, the father of the family was a roommate of Martin Luther King Jr. in college, and when she came home with questions about what she was seeing, this family would explain to her what was going on. "In that way I was very lucky," Jones told me, "because even then the role reversal of a white child babysitting for black children caused me, very early on in my life, to start critiquing structures, and if you look at what I have gone on to do in my academic life, it is largely a critique of various structures."

Amelia Jones is the author of several highly acclaimed books and she has had a distinguished academic career. This of course does not mean that her path in academia was effortless, because, as she pointed out to me, the work she has done, and continues to do, can be quite threatening. At Harvard University, where she got her undergraduate degree, she found herself an outsider trying to navigate a really privileged world. She happened upon the field of art history because of a longtime love of history, but she liked that images were integral to art history. What she was unprepared for, though, is the lifelong struggle she would always have with the discipline.

"For me, art history is really about studying history through the lens of culture. But the truth is that art history as a discipline remains remarkably conservative and has steadfast ideas about what art is supposed to be -- all of which is steeped in its European foundations. From very early on I found myself interrogating the structures of the discipline, by asking such questions as, 'Where are the black artists? The women artists?' In my work I also started challenging the neutrality of art history, and I came to increasingly believe that my job, the position I took onto myself in art history, was to find the artists who had not been written about in art history and to make visible the structural, often invisible, biases within the field which led to these artists not getting the attention that they deserved."

She maintains that this rigid conservative structuring of art history can hurt even white male artists who do not fit into the schemata of the structures and powers that be. "In my honors thesis at Harvard I looked at the phenomenon of Boston Impressionist artists. I tried to figure out why all these painters were not written about. What I found was that if an artist was not from New York, they simply were not written about."

In graduate school at the University of Pennsylvania, where she received her master's degree, she again encountered the same conservative attitudes towards art and she started realizing that there needs to be a questioning of the values of art history from the bottom up. She had more luck in her doctoral program at the University of California, Los Angeles. "I got absolutely no funding from UCLA my first year and only modest funding after that to do my doctoral work, yet it was still an incredible place to be. At the time it was one of the only art departments teaching post-structuralism, and I got a firm grounding in that. I did a dissertation on the obsession surrounding Marcel Duchamp and how he was firmly entrenched in the male lineage of art history and was venerated over and over again as such," she explained. For Jones, Marcel Duchamp is a great example of how male artists become engendered and how art history and the art world privilege certain white male artists.

She continued, "One only has to look at the price of works by male artists versus female artists to understand the deep structural elements that privilege works by certain kinds of people. This bias is also very apparent in academia where in the lower echelons of art history, it is all women. As you work your way up, it is all men. It will take a very long time for the structures to shift. You see the same thing happening with the movies that are made. For a long time people in Hollywood said the main viewership of movies is boys, so we must make movies about men. Now we know that this is totally untrue and what is really happening is that white male movie heads see things that they like, narratives that make sense to them, and these are the movies that get made. It is a deeply entrenched racist and sexist system, and those things don't change quickly even when you have a rights movement pointing this out. Discriminatory structures are still in place that discourage women. Sometimes it even gets more complex than that. For example, women are encouraged to go into the humanities because the humanities are often seen as less threatening to the status quo. When women start building coalitions to criticize societal oppression, or when Black women gain a voice to point out their exclusion from social systems, including even the feminist and civil rights movements, then the humanities are no longer less threatening.Then you become 'a problem'."

To attack the issue of sexist, racist and homophobic structuralism, what Jones is doing these days at USC is revising the curricula. In addition, she does a lot of work programming and curating events around themes in performance art. In this regard, she brings performance artists to USC to talk about their art practice, and she and others are working to tackle the ephemeral medium of performance art where it matters greatly how you write about a performance piece because oftentimes that is the only memorialization that exists of that piece.

Within her work in performance studies, Amelia Jones has taken to really looking at trans identity, and how this identity is forcing feminism to grapple with what it means to be a woman. "What the trans movement is bringing to the forefront is a radical requestioning of what it means to be called woman. What we are finding is that we really do not know what we mean by this. I find it fascinating the ways in which members of the trans community identify themselves. I love the whole discussion of what trans individuals wish to be called. Here are people who were born anatomically male but claiming to be female, and vice versa. It is exciting to me that we can rethink gender binaries even within feminism."

So what advice does she have for those who identify as female as we make our way as artists and academics out into the world? For artists, she believes that we have to work at creating our own art spaces and our own art worlds. She suggests that artists open up their own pop up galleries, if for only a few months. "Blitz the media. Create your own art space. Don't wait for all the conventional art world people to figure out what you are doing. Create your own networks." With regard to women who want to work on new and diverse issues relating to the arts in an academic setting, she suggests looking at cultural studies and American studies programs, "because, sadly, art history just does not do work with hybridism and critical models for understanding structures of power in the discipline." She continued, "More and more these days there is a place in academic work in the visual arts for people of color who are really smart and doing really interesting work, which is absolutely correct, because in the very recent past if you were a person of color who was really smart and doing really good work, there was still no place for you. So that change is really a welcome change and I for one look forward to the day when more and more diverse voices and narratives will challenge and ultimately transform and redefine the field of art history."