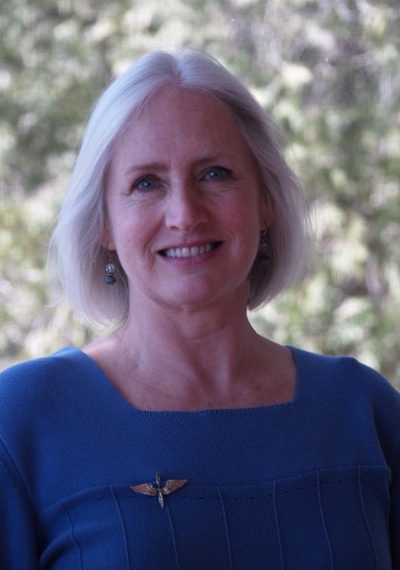 The news on cabinet picks from the Trump team is making my head spin. For that reason, I am continuing to drill down on the importance of impact at the hyperlocal level.

During the next four years, this is where the most important work will happen.

For all those discouraged people who lament, "I can't make a difference," meet Bettyann Sheats.

I spoke with Sheats by telephone, and we discussed her trajectory to becoming an elected representative of the people.

On November 8, Sheats won the race for Maine's 64th District State House seat. You may not have heard of Sheats, but the politics of Maine got plenty of coverage this past election cycle. The state's governor, Paul LePage, created his own side show which ran several news cycles when he made a series of outrageous comments. This included leaving an "unfriendly" voice message for a Democratic state legislator.

Fortunately, Sheats will not be easily intimidated. Her background includes graduating from West Point (1980-1984). Sheats was on active duty for eight years, during which time she served as a helicopter pilot.

Military training has clearly influenced the way Sheats approaches and assesses a situation. It's about evaluating the mission and carrying it out; being proactive and getting the job done.

Case in point: When Sheats' daughter was young, they enjoyed making beaded charm bracelets together. Sheats discovered that there was lead in the charms. Immediately, she took it upon herself to research her concerns.

Sheats concluded that there could be lead, cadmium, BPA and a range of other toxic chemicals in products that were common to household use -- and specifically to children.

"I also found that all of these chemicals can lead to serious health affects like learning disabilities, reproductive harm, and cancer," Sheats related. "That's why I became involved with passing the Kid Safe Products Act in Maine, which has helped ban BPA (Bisphenol A) from baby bottles, sippy cups, baby food and infant formula packaging."

While getting involved with this issue, Sheats learned that she enjoyed engaging her neighbors about concerns that were impacting them. "I liked talking to legislators about how to fix the problem. That's how I got involved in politics," she said.

The mindset Sheats acquired in the military served her well as she reached out to various members of her constituency. "Integrity is essential. You have to build trust. You have to take care of your people."

Sheats understands the most important task now at hand to is to hold the ground on environmental gains nailed down. She spoke specifically about the clean-up of the Androscoggin River. Although there are sections of the river that continue not to be in compliance with the Clean Water Act, the parts that are now unpolluted have become a source of pride to the state. "A pristine environment is still part of the Maine brand," she noted.

Our conversation gravitated to the topic of climate denial by members of the House and Senate, as well as Trump's inner circle.

Military experts have been unambiguous about the instability climate disruption will wreak on the world. The consequences will be political as natural resources become affected. When I asked Sheats about this she replied, "It was just beginning to become apparent during the Somalian crisis. Famine and droughts, relocation, immigration...." She finished the thought with the declaration that there is not a choice between "fact or fiction."

"If legislators within the government would stop spending time and money on denying science, using that time and money on innovating new technology, it would benefit the country, the earth, and future generations."

By example, Sheats discussed the solution developed and used by the military to power up equipment in the desert: Generators derived from solar power!

A problem solver, Sheats pointed to the fact that government can't "do it all." That's why she wants to see citizens step up to the plate and get in the mix.

Currently, Sheats is working on conducting listening sessions, promoting education on relevant topics, and underscoring the importance of consumer driven actions. On her agenda is getting local stores to stop carrying flooring which contain phthalates.

"We need more parents involved to say, 'This isn't right.'"

Sheats recognizes that not everything can be legislated. "If we don't tell companies, people, and organizations they can't do something bad, what's to stop them?" Sheats asked rhetorically.

"We have to take away the incentive to do bad, or to do good things in a bad way.

The only way to know which are good or bad -- and groups are frequently both at the same time -- is by getting informed. The best way to get informed is to get involved."

The top advice Sheats had to offer was:

"Read labels. Read articles from reliable news sources. Attend a school board or town meeting. Write a letter to your legislator. Become a legislator! That's what I did."

The most encouraging words from Sheats in these challenging times were clear and succinct:

"You have to stay in the fight."

Tell Your Senators: Push Back on Trump Climate Denial