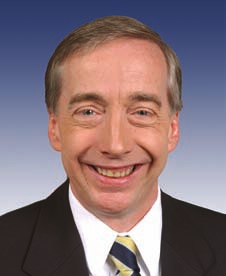 There's not a whole lot to say about this except to just point it out. 49-year-old Kentucky Representative Geoff Davis apparently had this to say about Obama at a GOP dinner in the state:

"I'm going to tell you something: That boy's finger does not need to be on the button. He could not make a decision in that simulation that related to a nuclear threat to this country."

Davis's aide didn't dispute the accuracy of the quote.

Man, lesson one in politics may say don't get caught with a live boy, but not far down the list is don't call a black man "boy." (It's near don't call your wife a "cunt".) People make mistakes and tongues slip, and I seriously doubt Rep. Davis consciously thinks in equations like "black man = boy"...but that is one serious fucking Freudian foot in his mouth.

(One last note--I'm pretty curious to know what Davis considered indecisive about Obama's performance in the simulation. Was it that Obama didn't immediately nuke Iran?)