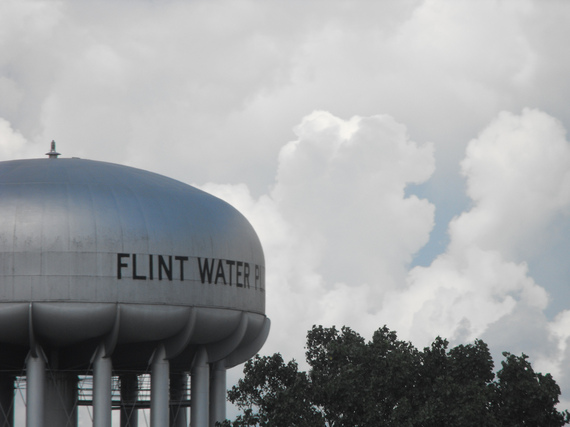 There are defining news stories of our time -- stories that strike at the very moral core of what we believe are fundamental tenets of society. That’s why so many of us are outraged about what has happened to the people of Flint. We are angry about what this community has endured and what the road ahead for them may look like. Having grown up only a few miles outside one of the largest environmental disasters of our time -- Love Canal -- I know all too well what a disaster like this does to a community and its people and the long, hard road ahead. A catastrophe like this shakes your faith and trust and leaves you nothing more than uncertainty, fear and outrage.

For the people of Flint, Michigan, it wasn’t decades of complacency that made their water undrinkable; it was a series of disturbingly terrible decisions made in a very short time frame by elected leaders and their proxies. The resulting months of denial that there was a problem has potentially damaged the community beyond repair. This situation is infuriating, and it should be a wake-up call for all of us.

America’s entire infrastructure is in dire need of repair. Bridges have fallen down; transit systems are breaking under the strain of too little maintenance and funding; natural gas pipelines under our feet are leaking methane; and crumbling water systems lose billions of gallons of drinking water a day. We used to trust that these systems would provide the most basic of services. Now, it is long past time that we reinvest in our infrastructure.

In Flint, we see the results of this failure and how the government’s compact with its citizens -- to ensure the most basic services like water and transportation -- has been broken. We see the human cost of failing infrastructure in children who are forever scarred by lead poisoning and a city where 40 percent of the population lives below the poverty line but they are stuck paying the highest water bills in the country for undrinkable, unusable, unsafe water.

We also see how the American people can overcome adversity. Average people are doing extraordinary things to help others, from members of the United Association who have been installing water filters in the homes of Flint residents for free, to the Service Employees International Union (SEIU) and the Sierra Club and other allies delivering bottled water to underserved areas.

If we can find that common humanity and create the will to deliver justice (and clean water) to the people of Flint, we can certainly build an unstoppable movement focused on repairing America’s infrastructure.

We live in the 21st century, and Americans rightly expect that the water coming from their faucet is safe and clean. The sad reality is that in Flint and many other communities, especially those in low-income communities and communities of color, the water they are drinking -- that their children are drinking -- is polluted with lead or other toxic chemicals. It doesn’t have to be that way.