Despite Republican political obstruction and McCain's specious survey analysis, and long before Lady Gaga weighed in, Americans were ready for gays and lesbians to openly serve in the military.

Regardless of the question wording, the basic result is the same. For sixteen years Americans have been supportive of allowing gays and lesbians to openly serve in the military. Below are all public data points shown together in a trend line graph. 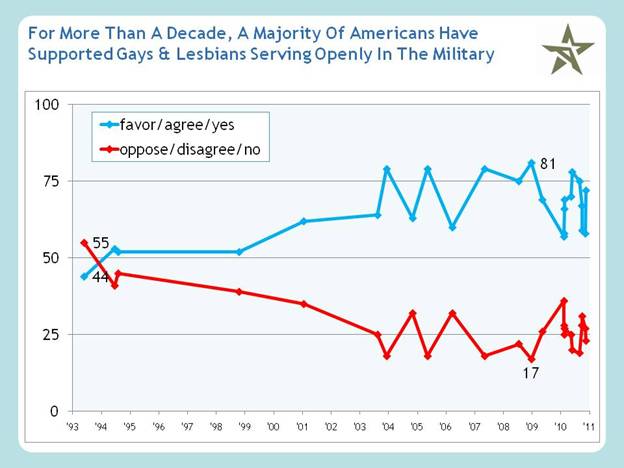 To make comparisons easier, I omitted questions asking specifically about repealing DADT. But those questions also show consistent support, such as this recent Quinnipiac poll.

The verdict is in: Americans are ready for LGBT Americans to openly serve in the military. And they've been ready. Now it's time for Congress to listen.