Of the four mothers on MTV's reality show "Teen Mom 2," three have gotten pregnant for a second time since the show first aired. Though their repeat pregnancies might seem unusual, a new report from the Centers for Disease Control and Prevention shows that teen mothers with multiple children are not that uncommon. Nearly one-fifth of teen moms gives birth to a second child by the time they turn 20.

The data shows that young women are using birth control -- 91 percent of sexually active teen mothers used it. However, only 22 percent used the most effective types including hormonal implants and IUDs. Methods like the pill and condoms are considered less effective (the chart below indicates which birth control methods were more likely to reduce the risk of pregnancy).

"What that's telling us is nearly all teen moms want to avoid pregnancy and are taking steps to avoid a repeat pregnancy. But the challenge is only one in five are using the most effective means of doing that," CDC Director Tom Frieden told USA Today.

The CDC recommends ways the government, parents, health care professionals and teens can prevent unwanted repeat pregnancies. Their report states that parents should talk to teens about avoiding pregnancy, check with insurers about birth control coverage and and discuss effective programs with community leaders. 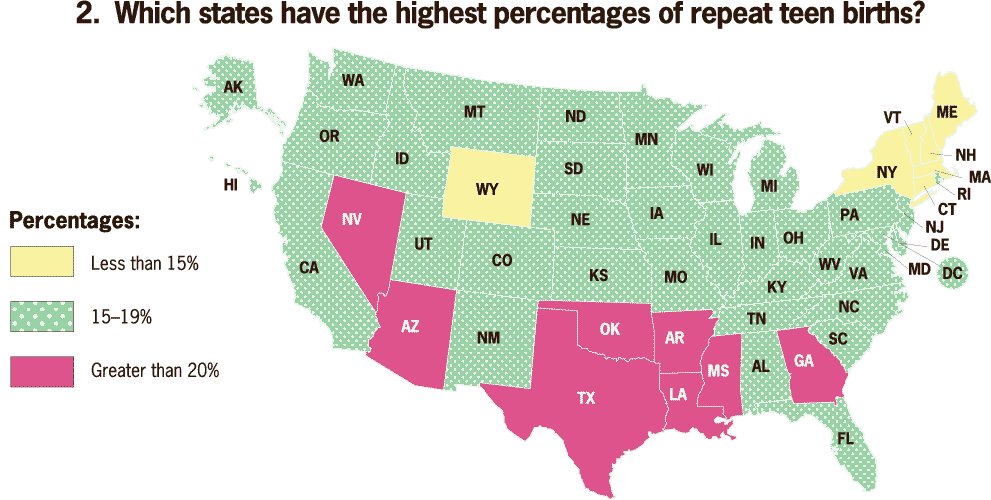 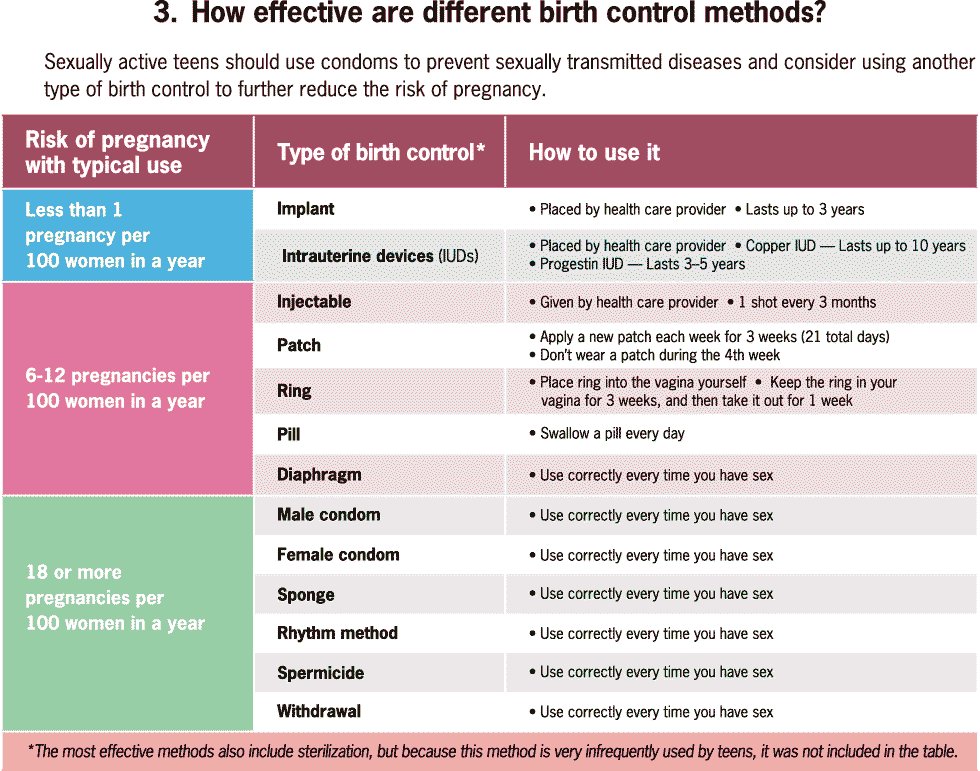 The Most And Least Affordable States For Child Care
More:
Parentsteen mom 2Teen MomTeen pregnancypreventing teen pregnancy
Newsletter Sign Up
Raise the kind of person you'd like to know
Subscribe to our parenting newsletter.
Successfully Subscribed!
Realness delivered to your inbox