You don't need to go all the way to Paris just to see the Eiffel Tower these days. With all of the replicas that have popped up around the world an Eiffel Tower might be practically in your backyard.

A Few Brief Facts About The Original: 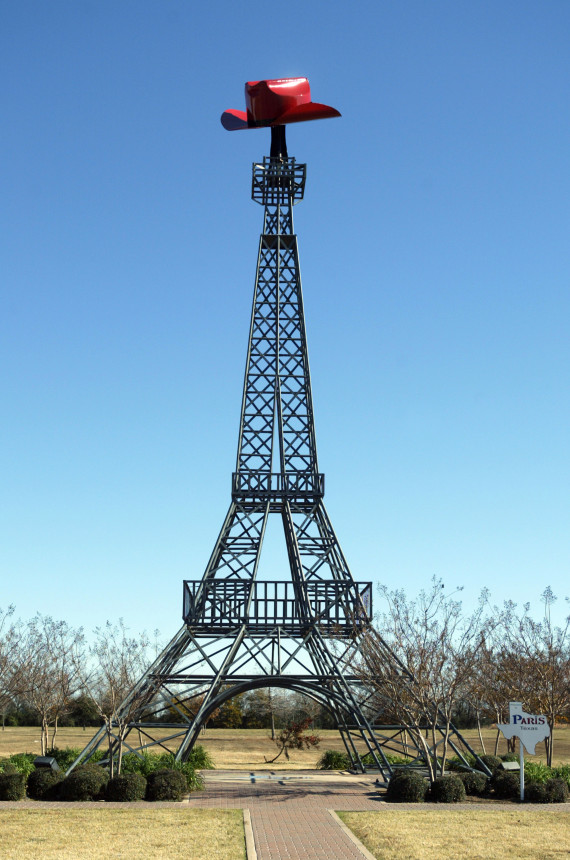 Constructed in 1993, this replica has found itself in a constant height battle with a replica in Paris, Tennessee, which was also completed in 1993. At first, Texas' tower was designed to be five feet taller than Tennessee's, but then the Tennessee tower took the lead. But to finish the battle once and for all Paris, Texas added a cowboy hat to their tower, and won the height battle, clocking in at 65 feet. You DO NOT MESS with Texas. 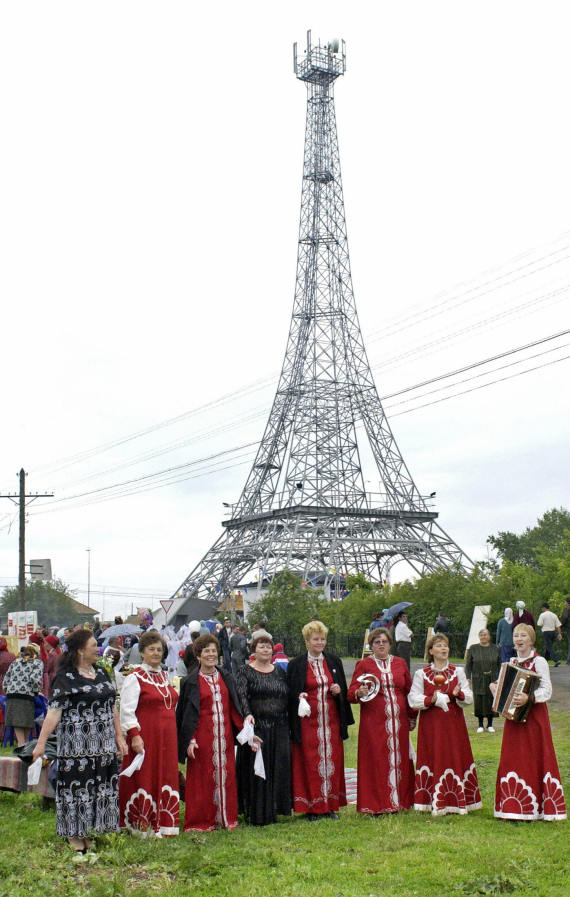 Constructed in 2005, this replica serves the area as a cellular tower. 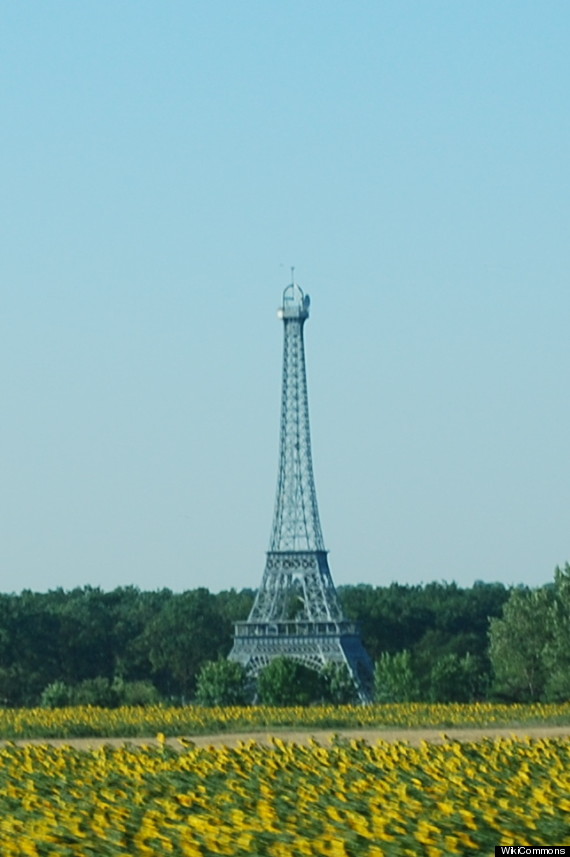 The story behind this is especially amazing...

So as the legend goes, through a series of bribes and other "indelicate means," someone was able to get enough money to build a theme park in this remote/small Romanian town that not only has a huge Eiffel Tower replica but also recreated many of the buildings from the 1970s American TV show, "Dallas." That man is now in jail. 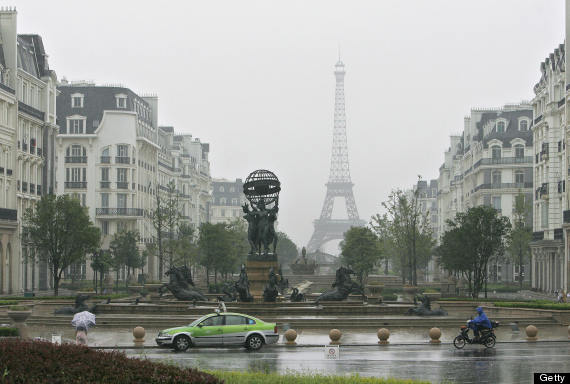 China built this huge city with replica landmarks such as Mt. Rushmore and The White House, but now it is mostly an abandoned ghost town. The Eiffel Tower in Hangzhou was only built in 2007, and at the moment farmland still exists around the tower. China is hoping people will move into the city someday as the population continues to grow. 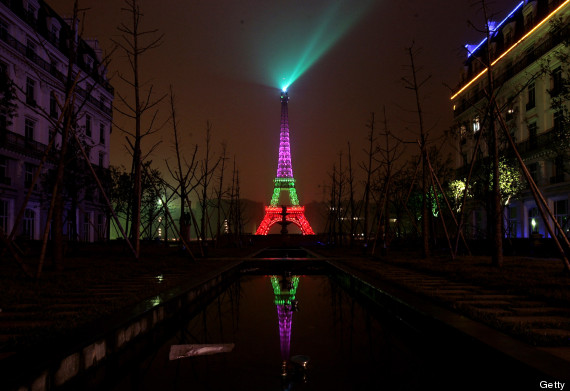 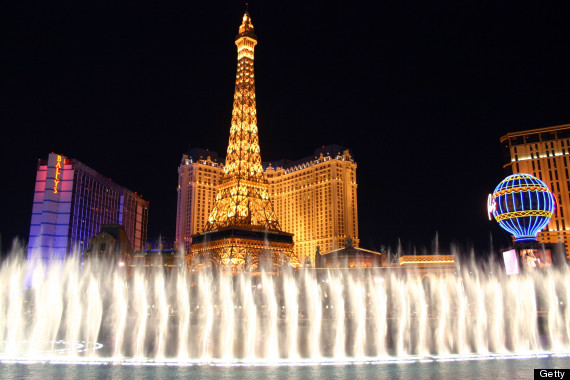 This is the largest true replica of the Eiffel Tower (there are bigger towers that simply have a resemblance such as the Tokyo Tower). This replica is fairly popular and widely known in the United States as it is part of the Paris Las Vegas Casino on the Vegas Strip. This replica also has its own Twitter account. 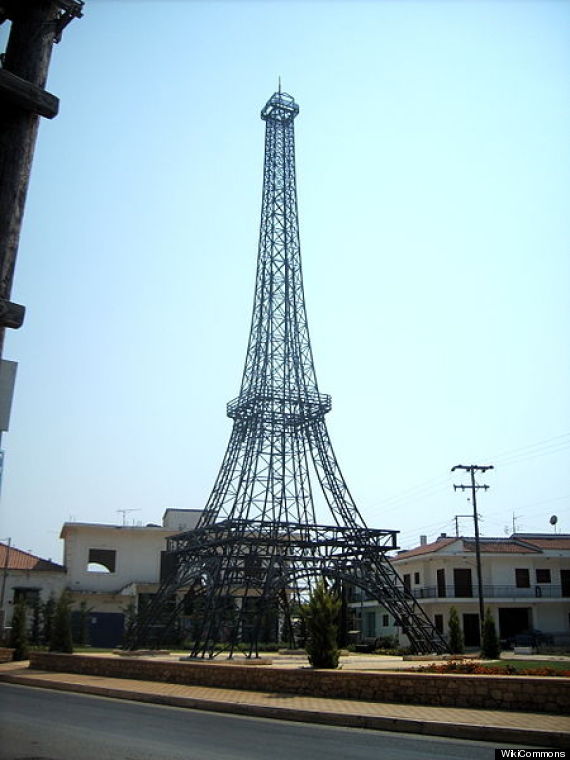 This replica at the entrance to the village of Filiatra. The artist who built this also built a fairy tale castle right outside of the town around the same time. 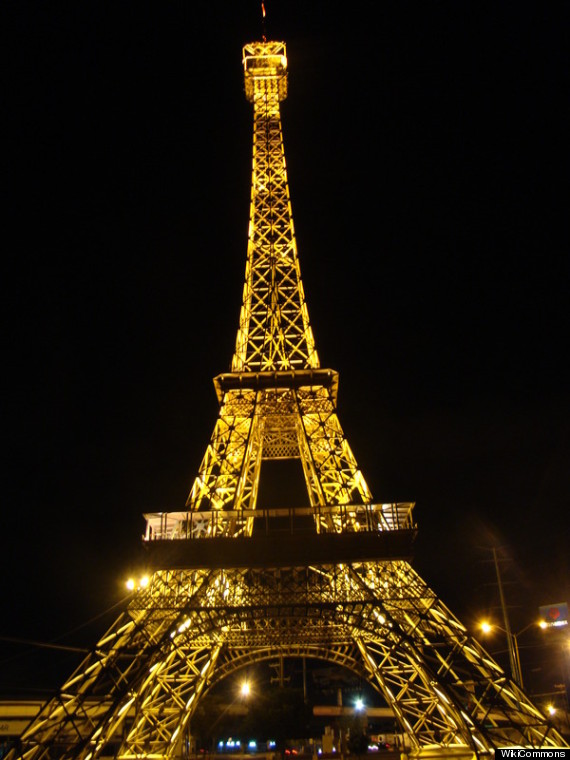 This replica was donated by the French community in Durango. Apparently vandalism of the tower is a big problem and the legs have received much damage, however they still light the tower up at night and there's a giant rope swing attached to the bottom. 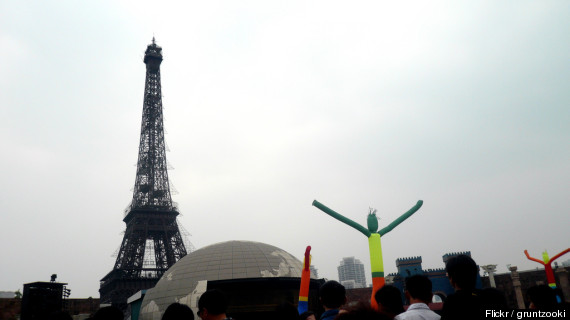 This replica is part of a theme park called "Window of the World." Around 130 reproductions are featured at the theme park with their Eiffel Tower being the tallest. 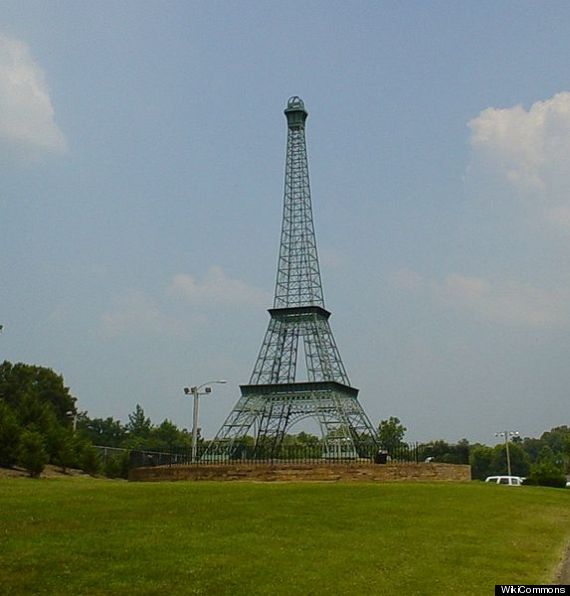 Tennessee lost the height fight with the Paris, Texas replica. Originally built at Christian Brothers University, the campus had to give the replica up because students kept climbing on it.

The tower has had many AMAZING stories happen there...

"Weddings have taken place there, a group of state park employees were led to the site during a tour of Henry County, and one time a visitor from out of town took several of her young grandchildren to get their picture made in front of it. This Kodak moment was arranged because the woman knew that some of her older grandchildren were having their picture made in front of France's Eiffel Tower that very day."

The Chamber's Assistant Executive Director from 1990-98 for Paris, Tennessee was quoted as saying, "We liked to say that it was the second tallest Eiffel Tower in a Paris." That of course wasn't true due to the Eiffel Tower is Paris, Texas. She also said, "When I tell people I'm from Paris, I'm used to hearing, 'Oh the home of the world's Biggest Fish Fry. More and more, I'm hearing, 'Oh, ya'll have that Eiffel Tower."