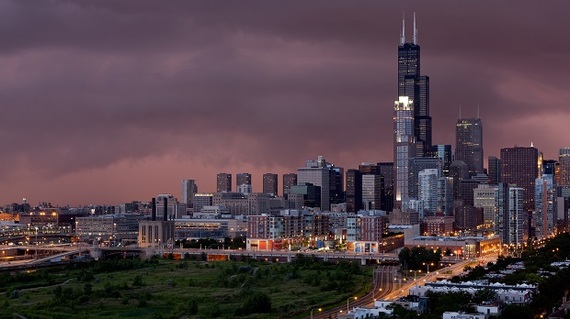 More millionaires left Chicago last year than any other city in the nation, according to a report by New World Wealth.

The research firm found Chicago had a net loss of nearly 3,000 millionaires, or individuals with at least $1 million in net assets (excluding their primary residence), which accounted for 2 percent of the city's 134,000 high net worth residents.

Mounting racial tensions and an increase in crime were among the most notable reasons given by millionaires fleeing the Windy City for other parts of the country.

The report's findings are on a par with those of Nielsen study released last year that showed many wealthy black Chicagoans are leaving the city, too.

From the Chicago Tribune's Becky Yerak:

The Nielsen report found that the Chicago area has fallen out of the top echelon of U.S. cities when it comes to the percentage of black households earning more than $100,000. In 2000, Chicago ranked seventh among the cities with the largest percentage of black households with income at that level or higher, but in 2015, Chicago had dropped out of the top 10.

More from the report on why millionaires leaving matters:

New World Wealth's report used data from investor visa program statistics, interviews with roughly 800 high net worth individuals (HNWIs) and intermediaries from around the world, property registers and sales statistics, as well as from the media.

The complete report is here.

NEXT ARTICLE: Some surprising names among Top 10 best community colleges in Illinois