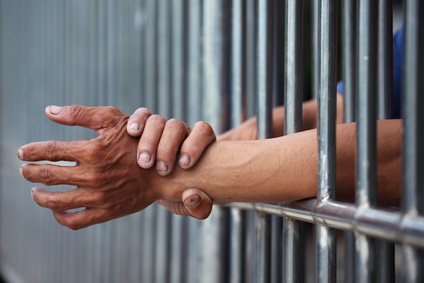 Earlier this month NBC Washington's News4 I-Team conducted an investigation into understaffing in federal prisons. The investigation, which was based on an in-depth analysis of congressional records and FOIA requests, found that while the Bureau of Prisons has increased staffing levels since 2005, that most federal prisons are operating at 10 percent below the recommended staffing levels. This understaffing, says union spokesperson Sommer Roy, results in federal prison guards being vulnerable to inmate assaults both in the mornings and in the evenings.

The figures are somewhat surprising for a federal agency with a budget of approximately $7 billion a year. According to the report, federal prisons within the Bureau's Mid-Atlantic Region are authorized to employ a total of 7,373 employees, but only have 6,803 slots filled. This, according to union officials, results in an increase in inmate-on-guard violence, such as the death of USP Canaan housing unit officer Eric Williams in 2013. In response to the report, a Bureau of Prisons spokesperson noted, "Actual staffing levels have never been 100 percent." The spokesperson clarified, "Staffing levels in the Mid-Atlantic [Region] are consistent with other regions in the Bureau of Prisons."

As a result of this increasing violence in federal prisons, Union officials and Pennsylvania lawmakers have advanced the idea of arming prison guards to keep them safe while on the job. Senator Bob Casey, a democrat from Pennsylvania, co-sponsored a bill which would permit many prison staffers to be armed with pepper spray. According to Casey, "Guards face thousands of assaults every year, so it's important we give them the necessary tools to stay safe on the job."

While inmate-on-guard violence and understaffing in federal prisons are serious concerns, this type of approach to solving such issues misses the point. Giving prison guards weapons will provide a minimal level of safety. . . if they see the attack coming. But personal experience has shown me that arming prison guards is often a bad idea. For example, shortly after providing select prison guards at the medium-security FCI Petersburg with pepper spray, one of the compound officers accidentally shot herself in the face with the aerosol weapon when playing with it.

Another good example is that which occurs in the North Carolina Department of Public Safety's Polk Youth Detention Center in Butner, North Carolina. There prison guards often use pepper spray and batons against the prisoners with minor provocation, which results in both enhanced violence amongst the prisoners themselves and a more pronounced them-versus-us attitude. This ratchets up the tension and violence of the facility.

The right answer here is simple. Staffing levels need to increase, so too does guard training. This training should not simply be about protecting themselves, but also about deescalating situations. Again, personal experience has it that prison guards that are rude, cruel, or just plain old disrespectful are the ones who tend to have authority problems in the housing units and other areas of the prison. For example, an associate warden at FCI Petersburg was recently assaulted in the cafeteria after insulting an inmate. Following her insulting the inmate she was punched and had to beat off her attacker with an umbrella. Would a more effective weapon have subdued the attacker faster or more efficiently? Yes. But had the associate warden acted in a responsible and professional manner in the first place the attack itself would have been avoided entirely.

The other side of the coin concerns federal prisoners. It's not enough to search for ways to put prisoners down more efficiently when they engage in violence. That misses the point. Do pepper spray and batons work? Sure, as long as the guard sees the problem developing and isn't caught unaware. By the same token, guns and tasers also work. But this is how you control behavior, not change lives and win minds. This isn't the recipe to reformation or rehabilitation, but the recipe for negative reinforcement.

The right answer for American corrections, outside of better training and monitoring of prison staffers, is to rehabilitate, educate, and train those who come into contact with incarceration. This is a perfect time to treat drug and alcohol addictions, teach appropriate anger management techniques, and help prisoners obtain a basic level of education and learn a trade so that when they return to society, of which the majority will, they will be prepared to act as a law-abiding citizen should.

While the prison guard unions might support an arms race inside American prisons, those who understand criminal behavior, mental illness, and substance abuse disorders understand that it's not about how successfully you repress and incapacitate someone, but about what you do today so that when they are released they never return. I for one support policies that focus on the objective being the reformation of damaged character and transforming prisoners into responsible citizens, not merely warehousing them and putting them down harder and faster when problems arise.