The editor who created a firestorm Tuesday when he revealed information about a Hillary Clinton speech is speaking out.

BuzzFeed was first to report that during a Tuesday speech at a charity event in Long Beach, Calif., Clinton compared Russia's decision to offer passports to people in the Ukraine to Nazi Germany's "population transfers" pre-World War II. The article quoted Harry Saltzgaver, the executive editor for Gazette Newspapers in Long Beach, who attended the charity event.

The event was closed to the press, but Saltzgaver, who said he had attended several similar events before, said that not long into the speech he realized that Clinton was making statements about the crisis in Ukraine that had significant news value.

In a blog post Tuesday night, Saltzgaver spoke out about the events that led up to him becoming a national news source.

He said that Clinton began comparing Russia's actions in Ukraine to those of pre-World War II Germany, and stating that Russian president Vladimir Putin was "making a case for 'their people' being treated poorly." Saltzgaver said he answered an email after the event from "an internet news site," presumably BuzzFeed, confirming that he had attended the event and that Clinton had mentioned Ukraine. Less than two hours later, his inbox was flooded with news inquiries from other outlets.

I’m a news source for a national story.

Frankly, I don’t think Clinton said anything that surprising, or inflamatory [sic]. But when a presumptive presidential candidate says something, it is going to be news.

I feel badly, only because it seems like I’ve somehow breeched a confidence — even though I was never asked to keep anything in confidence. So instead of being the news, I’m reporting the news. 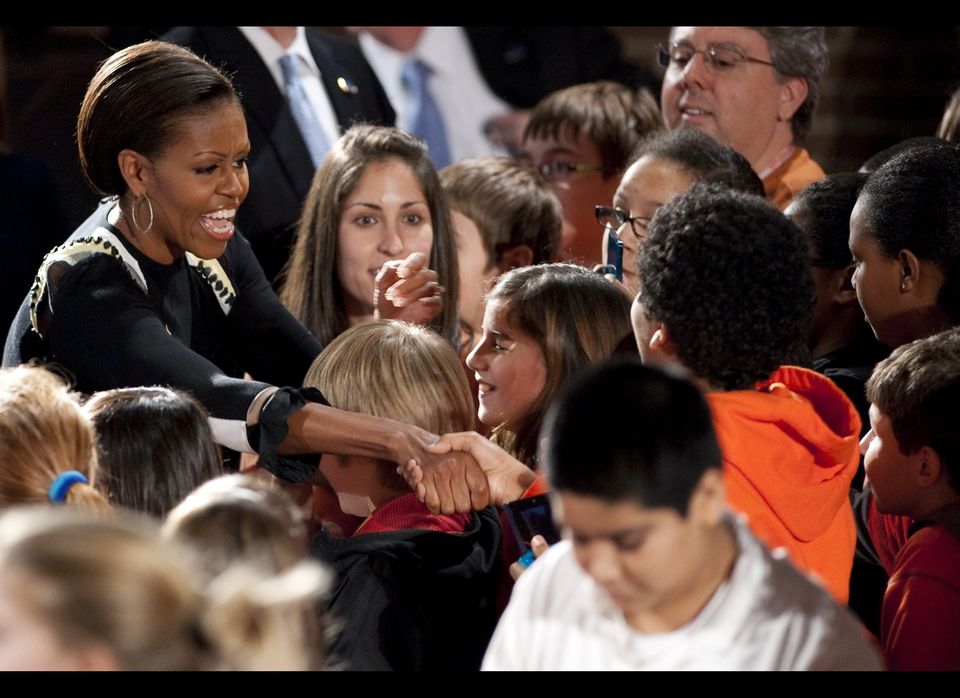 1 / 10
US First Lady Michelle Obama greets students during a screening of the Nickelodeon television show iCarly featuring Obama at Hayfield Secondary School in Alexandria, Virginia, on January 13, 2012. Obama appears on an episode honoring military families and kids which will air on the children's cable network January 16. On the show, the character of Carly Shay is the daughter of an Air Force Colonel serving overseas in the military. AFP PHOTO / Saul LOEB (Photo credit should read SAUL LOEB/AFP/Getty Images)
Getty