Here's an alarming fact for you: the number of working journalists in the United States dropped by nearly 20,000 in just six years, according to the Pew Research Center. 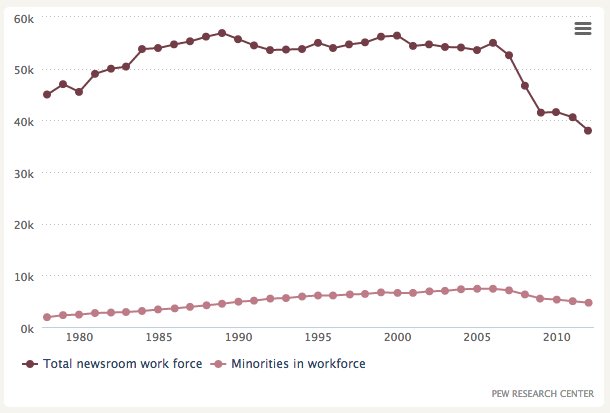 Pew said that, along with the battering print has taken, the decline could be traced to the decisions by news organizations to devote more money and staff to digital advertising, social media and Web-friendly content.

The evidence of those losses has been all-too-visible in recent years. Tribune Co. cut approximately 700 jobs in 2013, more than 200 staffers were reportedly laid off at Gannett in August and as many as 500 people were cut from Time Inc. in February as the company prepared to spin off from Time Warner. The Chicago Sun-Times axed its entire photography staff in May of 2013.