Today, Congressman Tom Lantos (D-CA), the chairman of the House Committee on Foreign Affairs, has decided to hold a hearing at 2:30 pm on the recent Middle East peace meeting called "After Annapolis: Next Steps in The Middle East Peace Process." It sounds wonderful. He has taken the initiative of holding this hearing on how we can continue pursuing such an even-handed policy in the peace process as we have so faithfully pursued throughout the past six decades.

Or not. Let's start with the hearing where two witnesses are invited: Dennis Ross and David Wurmser. While on the surface, Dennis Ross is a neutral expert as he was responsible for Israeli-Palestinian negotiations during both George H.W. Bush and Clinton administrations, he is currently counselor of the hawkish Washington Institute for Near East Policy, the research arm of American Israeli Political Action Committee (AIPAC). David Wurmser is also a seemingly neutral expert who has previously served as the Middle East advisor to Vice President Dick Cheney and was a former research fellow on the Middle East at the American Enterprise Institute. But what Lantos wouldn't share on the press release is that Wurmser, too, is a neoconservative and has long been credited as being one of the main authors of the 1996 report Clean Break: A New Strategy for Securing the Realm, which was prepared for then incoming Israeli Prime Minister Netanyahu. Both invited witnesses have a consist record of disproportionately and unconditionally supporting Israel.

But Tom Lantos himself is the least free of pro-Israel bias. Lantos has represented California's 12th district and Israeli interests as an AIPAC ally in Congress since 1981 and was one of the strongest supporters of the Iraq War, which as John Mearsheimer and Stephen Walt eloquently lay out in Israel Lobby and U.S. Foreign Policy, was not our war to fight, but we got pushed into it by Israel. While Lantos may now be making the same excuses for voting for the war that Hillary Clinton and others who caved make - that it wasn't a vote for war, we thought Saddam had WMDs, or we should promote democracy - evidence proves the existence of other motivations on his part. In the September 30, 2002 edition of the world-known Israeli newspaper Ha'aretz, Lantos was quoted as having told Minister of Knesset (Israeli legislature) Colette Avital, "My dear Colette, you won't have any problem with Saddam. We'll be rid of the bastard soon enough. And in his place we'll install a pro-Western dictator, who will be good for us and for you." That may be why, as one former AIPAC leader put it, Lantos "is true blue and white."

There are a number of reasons as to why, as Serge Halimi of Le Monde Diplomatique puts it, Lantos "acts as a mouth piece for Likud policies." Lantos has used his status as a holocaust survivor in Congress and unconditional supporter of Israel to obtain the support of Pro-Israel PACs. In 2004, the 12-term incumbent's power was challenged by Maad Abu-Ghazalah, a Palestinian-born lawyer, and Ro Khanna, a 27-year-old anti-war Indian-American lawyer. Hardly a critic of Israel, Khanna simply held the position that "we have to find a way of articulating a very pro-Israel position that recognizes it as a strong ally and recognizes its security threat, but expresses empathy to the pain and suffering of the Palestinian people," Khanna said. "That's in the best interest of the U.S., in the best interest of Israel and in the best interest of the world."

But as anything short of unconditional support for Israel is unacceptable to the Israel lobby, Pro-Israel PAC funds channeled the total sum of $31,600 in campaign contributions to Lantos (WRMEA), which helped him hold on to his seat despite strong anti-war sentiments in his district. Pro-Israel PACs have been very generous to Lantos over his career, and as of 2006, they contributed $112,750 to his campaigns (WRMEA). While he has not received as much as the authors of the anti-Iran Kyl-Lieberman Amendment over their lifetimes - Senator Kyl: $163,025, and Senator Lieberman: $286,258 - Lantos has been the 8th highest receiver of Pro-Israel PACs contributions in the U.S. House of 435 representatives.

A congressional hearing is supposed to be about giving all sides of a debate a voice, so that our representatives can make the well-informed decisions that are in the best interest of the United States. But because not all citizens have the legal or financial means to contribute equally, domestic lobbies have a disproportionate influence on the policy process. But as citizens, we have the power to let our representatives know that we are watching their actions in Congress. You can do that today by calling Tom Lantos's office at 202.225.3531 and ask that he invite additional witnesses who can offer a different viewpoint than just that of the Israeli government and lobby. This blogger has learned that Eugene Bird, President of the Council for the National Interest Foundation already contacted Rep. Lantos and formally asked that two members of the recent delegation to the Middle East, Ambassador Robert Keeley and Richard Bliss, be added to the witness list today. CNI expressed its rationale for the request via a letter to members, in which it stated "If Rep. Lantos is unwilling to provide the Committee on Foreign Affairs with impartial experts, the least he can do is balance his partiality with witnesses who have recently traveled to the region and can testify as to the realities on the ground." This is a reasonable request. As this blog is getting published, Lantos has not responded to the CNI request.

One of the worst things about the domestic lobbies is that their influence on policy process is rarely investigated by the media because of the media's own lack of impartiality. So it takes us citizens to do the job of looking at raw data, follow the money, identify the interests and connect the dots that are shaping the context within which our representatives are acting. But an equally important part is to make our representatives aware that we know about their potential motivations and demand that they live up to their oath to office and defend our interests as citizens and not just those of the lobbyists. I hope that you will take the opportunity to do that today. 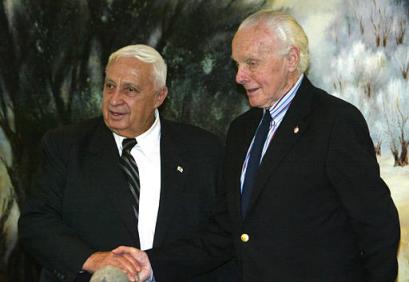