International Youth Day is upon us and this year's theme is the role of youth in "Eradicating Poverty and Achieving Sustainable Consumption and Production." The world has 1.8 billion young people between the ages of 10 and 24. This huge population is a force for change.

Not only in fighting poverty and environmental degradation, but in facing any of our world's major problems, empowered youth are key. In fact the best investment we can make in our world is an investment in empowering its youth. Sadly even today millions of youth around the world face obstacles that prevent them from contributing fully to progress and change and making their voices heard.

One of the most important obstacles is lack of access to family planning and sex education. About nine out of 10 people between the ages of 10 to 24 live in the developing world, where there is an enormous gap in access to reproductive health services. 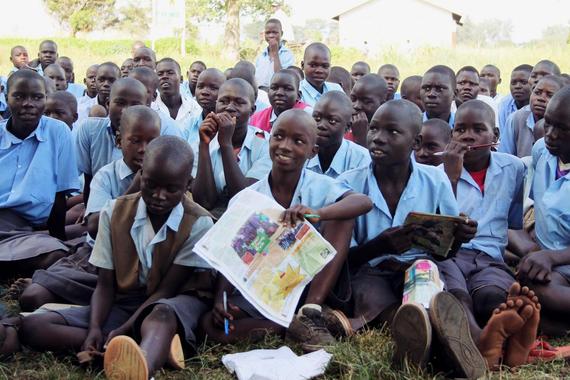 An estimated 225 million women in developing countries have an unmet need for contraception. An even larger number even might not have access to sex education. Reports from Latin America, India, Sub-Saharan Africa, and many other parts of the developing world show that access to sex education is flaky and inconsistent at best. According to the United Nations Population Fund, most adolescents in the developing world still do not have access to comprehensive sex education and even though many countries have created politics to address this gap, but little is done to implement those policies.

Lack of sex education and contraception contribute to larger problems as well. There is a strong correlation between poverty and access to contraception. Larger families are less likely to provide for the educational and health needs of their children and more likely to get stuck in a cycle of poverty. Millions of unintended pregnancies around the world prevent girls from getting an education. Young women have much lower levels of access to and use of contraception than women older than 30, which traps them in poverty and prevents their education from a young age.

Without access to sex education youth are more vulnerable to early pregnancy and sexually transmitted diseases. In fact in today's world, 40 percent of those newly infected with HIV are between the ages of 15 and 24.

The empowerment of youth is dependent on their ability to make decision about the courses of their own lives. Lack of reproductive health services prevents that. These challenges seem (and are) huge, but we shouldn't let them discourage us. Despite the obstacles, youth around the world are active agents of change. From Nepal to Senegal, from Brazil to South Africa, youth are coming up with new ideas and tools to make our world a better place. Let's make sure they know that we have their back when it comes to the obstacles they face by investing in their reproductive health and awareness.