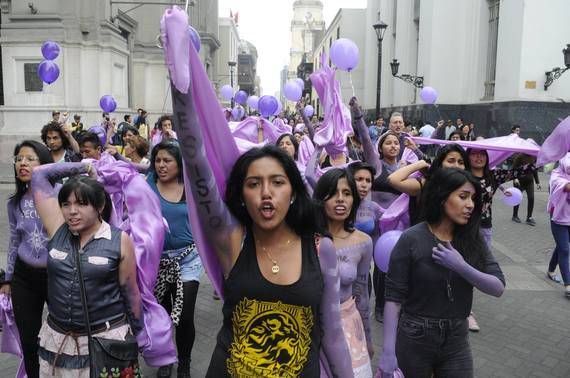 After more than 4,000 cases of microcephaly- the congenital condition associated with incomplete brain development- in Brazil, around 2,100 in Colombia and many on the rise in the rest of Latin America, Zika has just been declared a public health emergency by the WHO.

Public health experts agree that contraception and abortion are two of the best tools for combating the consequences of the Zika virus outbreak, however most Latin American nations prefer to be guided by Christian credo rather than concern for the health of its people, making contraception largely unavailable, penalizing abortion and deciding on the destiny of thousands of women and their families.

It is time that Latin American governments start treating the currently unavoidable issue of abortion as an issue of public health rather than one of conservative religious beliefs, and it is the perfect moment for reproductive rights activists to step up, organize and demand action against the ludicrous responses their governments have to a crisis that will affect those infected for the rest of their lives.

Most countries in Africa, Latin America, the Middle East, and southern Asia have severe abortion laws. Those range from 2-6 years of imprisonment in the Philippines to a 30-year prison sentence in El Salvador. Given these country's poor health systems and the unavailability of access to safe abortion, even women with life-threatening pregnancies need to risk their life either by carrying the pregnancy to term or by choosing an unsafe abortion. 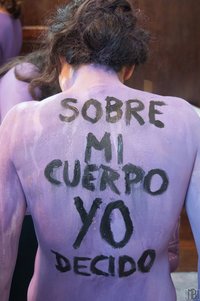 Photo: Facebook page of Déjala Decidir, march for decriminalization of abortion, Perú 2015. "I decide over my body"

El Salvador, Nicaragua, Chile and the Dominican Republic all ban abortion without exception or consideration for victims of rape, fetal anomaly or the mother's health. And whereas the better answer to this health emergency surely lies in a vaccine against Zika, that answer is simply not available as of today. Yet governments like the one in El Salvador tend to make it sound as if the solution is on its way by telling women to simply wait with pregnancies until 2018.

Not only is the international community far from a solution at this point, but postponing pregnancies is no option for many women in Latin America even if they wanted to. A poor woman living in a rural area of her country- whether that is Brasil or Colombia- is not only more susceptible to the virus (due to the tropical climate and the financial inaccessibility of insect repellent) but she is usually not sufficiently informed about contraceptive methods let alone able to obtain them (legally).

This is why Zika -just like most infectious diseases- is again a disease that will most likely target the poor disproportionately.

Unlike some other infections, a pregnant woman that contracted Zika will suffer from its effects for the rest of her life. She will need to take care of a child most likely disabled in his/her's mental and/or physical abilities with limited resources, bad access to specialized healthcare and little knowledge about the condition her child was born with.

If the governments of those Latin American countries affected do not change their abortion laws in the face of this crisis, chances are high that Zika will not only force nations to deal with thousands of disabled infants but that governments will also have thousands of women's deaths on their conscience due to unsafe abortions. 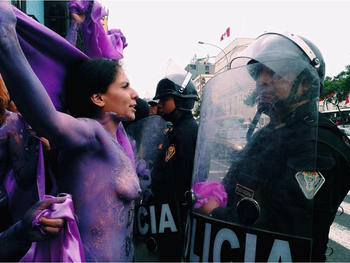 Photo: Chola Contravisual The paradox within Latin America is that many of its countries advocate health as a human right. They claim that every single member of society should obtain the services he or she requires to thrive in good health, both physical and mental. Yet it is also Latin American countries such as Ecuador that despite their progressive governments do not seem to acknowledge that a woman's reproductive choice is part of this right.

Data from 2008 suggests that 13% of worldwide maternal deaths are due to unsafe abortions. These are tens of thousands of women who die because their governments, communities or religious circles deprive them of making their own reproductive decisions. Criminalizing abortion is putting thousands of lives at risk every day and it does not reduce the likelihood that women facing an unplanned pregnancy will seek abortion services. All they do is compel women to risk their lives by seeking out unsafe abortions.

As the WHO noted in its 2008 report on unsafe abortions "safe abortion has become a privilege of the rich, while poor women have little choice but to resort to unsafe providers." This is why more than 80% of unsafe abortions take place in developing countries with Latin America leading the list with 30 or more per 1000 women being forced to turn to bad solutions to a problem easily solved in rich countries and by committed governments. 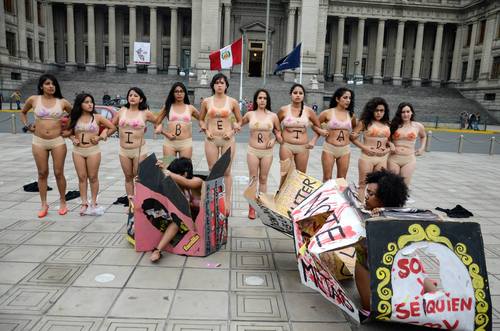 Activists on the ground need to grasp this moment and fight this trend. Multiple organizations all over Latin America are already doing their part by demanding from their governments to primarily make contraceptives and early-screening test accessible so that women have the tools they need to postpone pregnancies or once already pregnant, to consider a safe and informed abortion. Women in both urban and rural areas need to be empowered to defend this human right and to decide themselves when to have a child.

The evidence suggests that abortions can be reduced when women are allowed contraception, when women are educated about family planning and when abortion clinics are available and financially accessible (liberalizing laws is not enough if abortion services are not made accessible in practice). Even in countries where abortion is not punished by law, women often have severely limited access because of political will.

Latin American governments need to stop criminalizing women's preferences for how to live their lives and acknowledge that a woman's reproductive choices are part of the right to health many leaders so proudly advocate for all its citizens. Next to contraception the discussion will sooner or later always include the right to abortion. A first step in light of the crisis Zika puts us into would be to advocate for abortion rights in case of fetal anomaly. Activists in Brazil have proven in 2012 that given the right amount of pressure governments can loosen abortion restrictions in cases of anomalies. It's time to show affected women all over Latin America that they do not need to face this crisis alone.