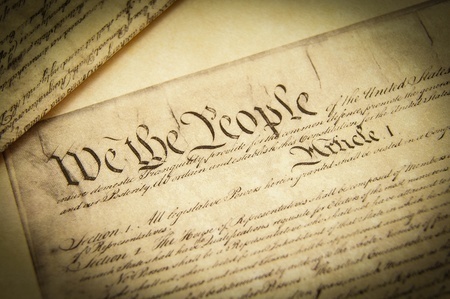 The March 3rd Republican Debate was a debacle. The two hours I spent watching it are lost to me forever -- but maybe there's an upside.

I live for politics. The primary season in a Presidential election year is catnip. My entire day is scheduled around town halls, debates, interviews and everything I'm capable of digesting in each 24 hour news cycle.

The above being said, I would gladly have watched an episode of "The Real Housewives of New Jersey" had it been aired last night.

I was angry at myself for not turning the debate off. It's as if my eyes and ears were temporarily traumatized as I sat trance like and watched potential future Presidents embarrass themselves and our nation while making a mockery of presidential debates.

The domestic and international implications of March 3rd's circus were incredibly detrimental. North Korea's Kim Jong-un stated that nuclear weapons need to be "ready to use." This pronouncement was purportedly made in response to UN sanctions.

However the actions of this unstable and dangerous leader may also have been powered by his concern upon hearing irrational and inflammatory statements made by politicians, one of whom might become the leader of the free world.

Can we afford childish behavior to stoke the fire of fear among the world's foremost terrorists, dictators and despots?

America is fast becoming an Oligarchy because of our citizen's indifference and politician's lust for unequivocal power. We sit by as politicians from both parties sell out our nation to the highest bidders -- or should I say lobbyists.

Bernie Sanders may be one of the few exceptions. I admit to being an ardent supporter of this most unlikely of presidential candidates.

America is viewed by our allies as being potentially unstable and unreliable.

Debates like Wednesday's are a danger to the security of our nation.

Mainstream Republicans and conservatives find themselves between a rock and a hard place.

It's a conundrum for them to find leaders to support. Perhaps the main reason is that all the candidates with the exception of Donald Trump (and he is certainly some sort of an exception) and John Kasich refuse to walk across the aisle and work with their peers.

Worse yet the candidates have transformed "negotiate" and "compromise" into dirty words. Much like Republicans demonized the term liberal so many years ago. These terms are now viewed as weakness.

Rubio and Cruz have pledged to overturn virtually every initiative that has been passed these last eight years. As they link Hillary with President Obama they overlook the fact that he was elected not once but twice (for eight full years -- SCOTUS) and ignore the state of the union when Obama took office succeeding George W. Bush.

It's ironic considering Republican's standard bearer Ronald Reagan took pride in working together with all members of Congress no matter how strong their differences.

One can certainly find fault with a number of President Obama's programs and with current legal challenges Hillary Clinton faces. However the manner in which they are attacked hopelessly divides our nation and sends conflicting and concerning messages to countries around the world.

They are equally as harsh, unforgiving and insulting to each other as well.

I couldn't tear myself away from what would appear comical if it weren't so frightening and potentially devastating to our country. I would have been better advised to wish for an electrical blackout so no one could see or hear the debating clowns.

I choose to use the metaphor of a blackout because the disruption of our electrical grid is perhaps the greatest terrorist threat to America's security. Yet all the debaters do is talk about a wall, sending immigrants back to their native lands and other responses to what is surely not the greatest threat to our nation's sovereignty.

The Republicans spend far more debate time denigrating each other than proposing well thought out alternatives to the policies against which they rail. One has to wonder how whoever is elected will find a road map to establishing rapport with their colleagues.

The Republican contenders insult their constituents by dumbing down their message and telling people what they want to hear rather than what they need to know.

It's a risky game to be playing and the cost in terms of moving our nation forward domestically while simultaneously fostering international peace and security is incalculable.

The unintended consequences of the debate which on the surface appeared to be a low class burlesque show are enormous. The stakes are so high.

I'm not a genius, yet as I sit and watch then ponder the debates I try to convince myself I can come up with a variety of solutions to the challenges we all face.

At one level I know I'm kidding myself. On the other hand I suffer from just enough self aggrandizement to believe I can make a contribution. It's one of the reasons I write articles like this.

I'm not a politician or journalist. I have nobody of influence's ear. However you never know when something you put out will ignite a spark somewhere and perhaps resonate with just one individual in a position to pass a good idea along.

My hope is that the sharing of thoughts will contribute in some small way to help foster a revolution of creativity and solutions by people from all walks of life and political orientation. Once you get constructive thinking and dialog going it spreads like wildfire.

The Republican debates are not dialog but dangerous diatribe that is inflicting incalculable damage while serving to "emasculate" our country.

We live in perilous times. When suicide bombers and terrorists of every shape, kind and size listen to Republican's debate they are not moved by the "tough talk." In fact the reverse is true. Any pundit will tell you the candidate's trash talk and rhetoric serves as an aid in terrorist's recruitment efforts.

After watching and observing both parties one thing is painfully obvious. Whatever one's political leanings the Republican debates are dangerous.

The Democratic candidates are debating issues and not indulging in character assassination.

The Republican candidates are fomenting a virtual civil war among our citizens. We're more polarized than ever. Our nation can't afford this.

Let's work together and keep open lines of communication. We need to respect each other's views and not look for ways to be divisive. Let us unite a brotherhood of all that will move America forward as we navigate the perilous waters in which we find ourselves.

My fellow citizens, I encourage each and every one of you to contact your party leaders and let them know in no uncertain terms you want to elevate the level and quality of discourse as we strive to reconcile our different outlooks and find common ground.

In the meantime I will sit through countless hours of political posturing and ratings motivated network programming tripe in the hope that I see or hear something I can share with all of you. I'm greatly appreciative of The Huffington Post's commitment to providing a forum for the expression of free speech.

A special note to Millennials. My generation is getting older. But we aren't dead yet! Let's all communicate and work toward the common good. Progress has been made but we haven't begun to achieve a fraction of all that you deserve.

We'll keep working at it. But remember you will inherit this great nation and it is you who must carry the torch forward. It won't always be easy but you have the power to be a force for change. Use it!

A final message to my fellow progressives. We all hope Bernie Sanders will become the 45th President of The United States. It may or may not happen. If it does great! If it doesn't then we are just as guilty as the purveyors of hate and symbols of systemic rot if we abandon the system.

Whoever becomes the next President will need support from everyone. No matter which party prevails we will always disagree on individual issues -- sometimes even with those who share many of our values. We can protest civilly and make our views known.

But in the end we must work together to create a better, kinder more humane country and world.

If we absent ourselves from the process we ensure that our children and grandchildren will inherit a country that is worse off than when we were young and its shepherds.

Let us all commit right now to make the USA the greatest country in which to live as we enjoy and share the bounty of the richest nation in the world!

On a personal note, if every US citizen with the means will donate $5 towards eradicating poverty we will be able to hold our heads high. I challenge you to visit any appropriate website right now, make a contribution and bask in the warm glow of helping out someone in need. Thank you for reading this article!