WASHINGTON -- House Republicans routinely beat the drum about the hard work they have done in passing "more than 30 jobs bills" that are now before the Democrat-controlled Senate, going nowhere, as the economy gasps for air.

For almost a year, House Speaker John Boehner (R-Ohio) and House Majority Leader Eric Cantor (R-Va.) have plugged their jobs package at every opportunity. They regularly bring it up at press events, during floor speeches and in statements in response to just about anything related to the economy. Boehner even carries around in his jacket pocket a 4-by-8-inch card that lists off their jobs bills, and he encourages his members to flash their cards at campaign events.

Cantor plugged the jobs bills -- and nudged Democrats to get on board with the Republican plan -- in response to the June unemployment report. "House Republicans are committed to bold, pro-growth policies and have passed dozens of bills to create jobs," he said in a statement. "We've begun to right the ship, but we will not be able to achieve long-term growth without willing partners in the White House and Senate."

The GOP jobs package, which currently includes 32 bills, represents Republicans' hallmark legislative accomplishment over the past two years. In the months ahead of the election, they will lean on it as proof of two things: that they are not the do-nothing obstructionists that Democrats paint them as, and that they are working hard to address the 8.2 percent unemployment rate.

But there's a problem with their jobs bills: They don't create jobs. At least, they won't any time soon.

In interviews conducted by The Huffington Post with five economists, most said the GOP jobs package would have no meaningful impact on job creation in the near term. Some said it was not likely to do much in the long term, either.

"A lot of these things are laughable in terms of a jobs plan that would produce noticeable improvements across the country in the availability of employment in the next four or five years," said Gary Burtless, a senior economist at Brookings. "Even in the long run, if they have any effect all, it would be extremely marginal, relative to the jobs deficit we currently have."

Mark Zandi, the chief economist at Moody's Analytics, agreed that the bills would have almost no effect on job creation in the short term, though he was slightly more optimistic about their long-term prospects.

"These kind of changes will matter over a period of three to five years," Zandi said. "It takes that long before businesses can digest changes and respond to them."

He noted, though, that legislation as narrowly targeted as the Republican package is unlikely to do much for real job creation.

"For it to show up in a meaningful way in the natural economy, you can make specific changes that could affect a specific industry or a few companies, but it's not going to make a big difference in terms of the monthly job numbers," Zandi said. "It takes some very significant changes across lots of different industries to really make a big difference."

Carl Riccadonna, a senior economist at Deutsche Bank, said some of the bills could create jobs, but that they would amount to more of an afterthought in terms of achieving broader policy goals.

"They are very narrowly targeted, and it gives the impression that maybe some of this is special interest really pursuing these, not really taking a macro view but a very, very micro focus in what the impact would be," Riccadonna said. For most of the bills in the package, "jobs are a second- or third-order effect, not the main priority."

At the heart of the GOP jobs package is a push for rolling back regulations -- and gutting environmental laws that regulate clean air and water -- to spur job growth. The House Republican Conference website makes the argument that deregulation will "remove onerous federal regulations that are redundant, harmful to small businesses, and impede private sector investment and job creation."

But economists told The Huffington Post that regulation has had a minimal impact on the unemployment rate. Their claim is backed by the Bureau of Labor Statistics, which shows that just under 16,000 jobs, or 0.4 percent, were lost because of "government regulations/intervention."

"It's just hard to believe that the paperwork requirements to starting a business represent a major impediment to starting businesses right now," Burtless said. "That's not why we had lots more business creation in the late '90s."

Joel Prakken, chairman of Macroeconomic Advisers, warned that any potential job creation from environmental deregulation could be offset by health concerns.

Indeed, environmental advocates argue that many of the GOP proposals are more likely to kill people than create jobs.

"It won't save them jobs, it won't even save them that much money, but it is going to cause illnesses, deaths, more hospital stays or days lost because of illness,” said Scott Slesinger, legislative director for the Natural Resources Defense Council. “That's why we have all these environmental laws.”

Not all of the GOP proposals are focused on environmental deregulation. A handful call for weakening the authority of the National Labor Relations Board as a way to boost businesses' savings, which could, in theory, then be reinvested in new jobs.

But Burtless said those proposals are more likely to impact those currently working than those seeking work.

"They may weaken the ability of current workers to negotiate for better working conditions or wages. They may lessen the ability of workers who want to join unions to do so in companies that are currently unorganized," he said. "But it's just hard to believe that they create jobs in the short run."

Even one of the more popular bills in the mix -- a small business tax cut -- won't do much for job creation, some of the economists said. They argued that it's not that businesses need more money for hiring, but that they need a sufficient demand for their products.

"They know that if they hire people to produce more widgets, they won't be able to sell the widgets," Prakken said. "Giving them a tax break just increases their profits," but doesn't encourage hiring.

Riccadonna disagreed. He acknowledged that weak demand is the biggest problem facing businesses, but said the small business tax cut is still the most likely of all the GOP bills to create jobs.

"We should be focusing on small businesses and what we can do to make business conditions more favorable for them, because that's where the real turn in labor market will lie," he said. "So anything that makes life or operating conditions a little bit easier for them, that I would certainly be in favor of. That will have a meaningful jobs impact."

Ultimately, each economist was clear on one point: The GOP package is far more political than practical.

"It's game playing to try to pretend like they're doing something," said Jesse Rothstein, an economics professor at the University of California, Berkeley. "It's silly season, and so they know they have to put up something that has the label 'job creation' on it, whether or not it would work."

Boehner spokesman Michael Steel demurred when asked for a response. He reiterated that Senate Democrats are holding up their job-creation bills.

"The House has passed more than 30 jobs bills that are awaiting action in the Democrat-controlled United States Senate," said Steel. "We have passed a responsible budget that deals with our deficits and debt, a bill to replace the 'sequester,' which would be disastrous for our national security, and ... we will vote to stop the tax hike on every American taxpayer, which is scheduled for the end of this year. In short, we are acting on the American peoples’ priorities: jobs and our economy."

A Cantor spokeswoman did not return a request for comment.

For all their complaints about Senate inaction, Boehner and Cantor regularly fail to point out that the Senate has, in fact, passed nearly a dozen of Republicans' so-called jobs bills in the last two years. Eleven have already become law, and another one has passed the Senate but hasn’t been signed into law yet.

Jennifer Bendery and Michael McAuliff contributed reporting to this article.

House Republicans routinely herald the hard work they have done in passing the 30-some "jobs bills" in the slideshow below, while they antagonize the Senate for its failure to act on the measures. But economists warn that the House-passed bills won't do much to create jobs -- which Senate Majority Leader Harry Reid (D-Nev.) says is the explanation for why the bills have stalled. 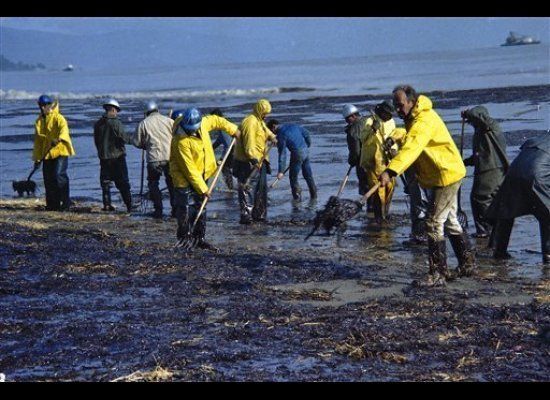 1 / 32
H.R. 872 -- Reducing Regulatory Burdens Act
The <a href="http://www.gpo.gov/fdsys/pkg/BILLS-112hr872rs/pdf/BILLS-112hr872rs.pdf" target="_hplink">bill amends two major environmental regulatory laws</a> -- the Federal Insecticide, Fungicide and Rodenticide Act and the Clean Water Act --to prevent the Environmental Protection Agency from requiring permits for polluting activities in water. Republicans <a href="http://transportation.house.gov/News/PRArticle.aspx?NewsID=1183" target="_hplink">say</a> the bill will eliminate regulatory overlap, cutting companies' costs that can then be translated into job growth. "This bill prevents states and a wide range of public and private pesticide users from facing duplicative, unnecessary financial and administrative burdens in order to comply with the new permitting process," Rep. Bob Gibbs (R-Ohio), who sponsored the bill, said in March 2011. Opponents of the bill, including the National Resource Defense Council, <a href="http://switchboard.nrdc.org/blogs/mwu/some_republicans_are_taking_ad.html" target="_hplink">caution</a> that the bill guts helpful regulations. Some economists say the bill's emphasis on environmental deregulation is unlikely to make a dent in unemployment numbers. "There's no way that if you start mucking around with the Clean Air Act ... that in six months you're going to have a huge impact on unemployment," said Joel Prakken, chairman of Macroeconomic Advisers.
AP