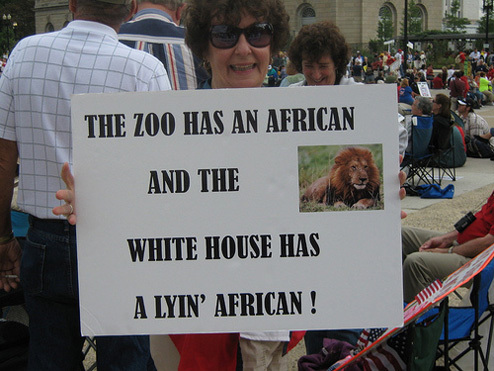 The election of a black President induced Republicans to throw gasoline on the racist kindling they've nurtured for decades. When democrats became the party of equal rights for blacks in the mid-sixties, racists sought a new home. They found it with Republicans; and Republicans have been quite mindful of that audience ever since.

Republicans recognized in the mid-sixties that the American Id--which lives in everyone raised within American history and culture--is a Klansman. Modern Republicans provoke that Id like lap dances provoke erections--and with just as much class.

During the announcement of his run for the Presidency, Ronald Reagan sang a paean to states' rights down the road from the Philadelphia, Mississippi site where white men savagely murdered three civil rights workers. Establishment Republicans like David Brooks pleaded that Reagan spoke of states' rights often, and did so in a non-racial context. But mentioning states' rights in a non-racial context is like singing the Star Spangled Banner in a non-patriotic one. From its use to defend slavery to George Wallace slinging it in 1963 to protect Alabama's racist status quo, the phrase is a toxic racist staple. Despite the mainstream pretense, we all know what it means.

Republicans have played this game a long time. They use policies like 'states' rights' as dog whistles to invoke America's racist past, a past continually idealized. Recently, however, they've lowered the bar. Their reaction to a black man ascending to the Presidency expelled the whispers for screams. They screamed that Barack Obama was not a real American (in a racist worldview, no black people are unless they acknowledge a white supremacist worldview), and made it their priority to delegitimize his Presidency.

The racism wasn't so subtle anymore. It was no longer limited to policies that harmed minorities. It was heading back toward 60s style "nigger"-slinging. Mainstream congressional Republicans jumped on the 'birther' bandwagon--insisting the President was ineligible for the office due to his birth place (or birth color)--and a tea party congressman screamed, "You lie," at the President as he delivered the State of the Union address to a joint session of Congress. A Fox News guest called Obama the "rapper-in-chief."

It wasn't so subtle from the Republican base, either. 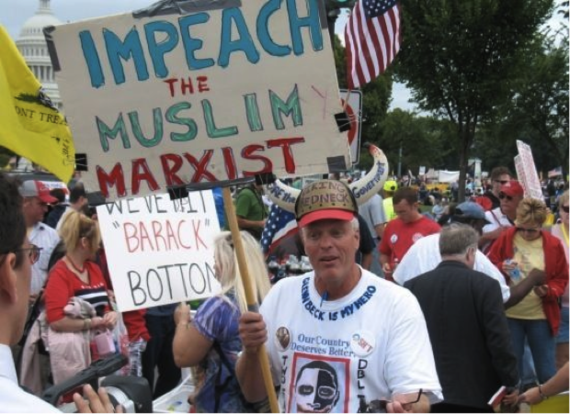 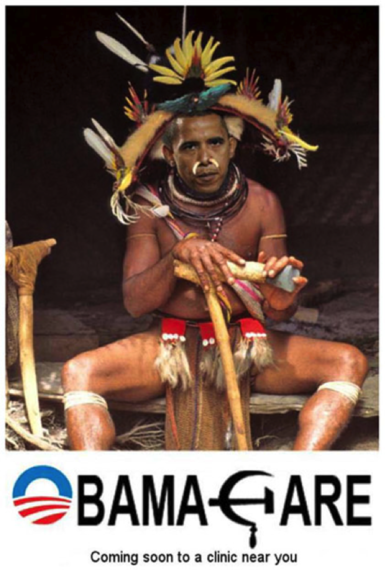 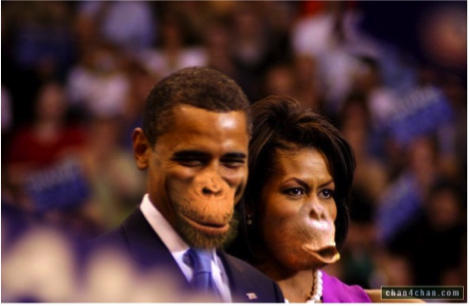 All the poisons that lurked in the mud hatched out. The white tribalism that helped fuel 'stop and frisk' laws, voter ID laws, defenses of cops killing defenseless black men and women, they all grew tired of hiding and sought the light of day--in the form of Donald Trump.

The Republican establishment originally feared Trump because he stripped the shine from their shoes. He removed deniability from the policy intent of militarized police, gutting anti-discrimination enforcement, and laws to prevent statistically non-existent voter fraud. Here was a man who called for the execution of five innocent black teens during the Central Park Five case, who called Mexican immigrants rapists, who shrugs at support from neo-Nazi and white supremacist hate groups, who has called for a ban on an entire religion and winks at violence against its adherents. There was no more hiding behind euphemisms. Trump howled a racist mating call and the Republican base howled back.

Now, however, even the Republican establishment is warming to the final acquiescence of Republicanism to Trumpism. Republican House Speaker Paul Ryan, the fake policy wonk who never met a tax break for the rich he didn't like, has held talks with the presumptive nominee to see if Trump can learn to wear a spit shine like the rest of the Party and spin Muslim-hatred into a policy that sounds more benign. Perhaps, like the base, establishment Republicans have grown tired of the inclusive charade. Perhaps they, too, yearn to slough off the burden of "political correctness," and like their segregationist political forebears, openly shout their hatred for those who don't look like them, love like them, or worship like them.

That will surely Make America Great Again, as it was in the good old days, when "Those People" knew their places.