The next time a Republican tells you government spending is out of control, the chart below is all you need to prove otherwise.

The Financial Times has a story on Monday that is long and paywalled and not all that surprising to anybody who has been watching Republicans squeeze the life out of the economy for the past four years or so. Still, it's a story worth telling again and again, and it can be summed up in its opening paragraph:

"Public investment in the US has hit its lowest level since demobilisation after the second world war because of Republican success in stymieing President Barack Obama’s push for more spending on infrastructure, science and education," write Robin Harding, Richard McGregor and Gabriel Muller.

And they have a helpful chart to illustrate this, which I have reproduced here using data from the Bureau of Economic Analysis (story continues after chart): 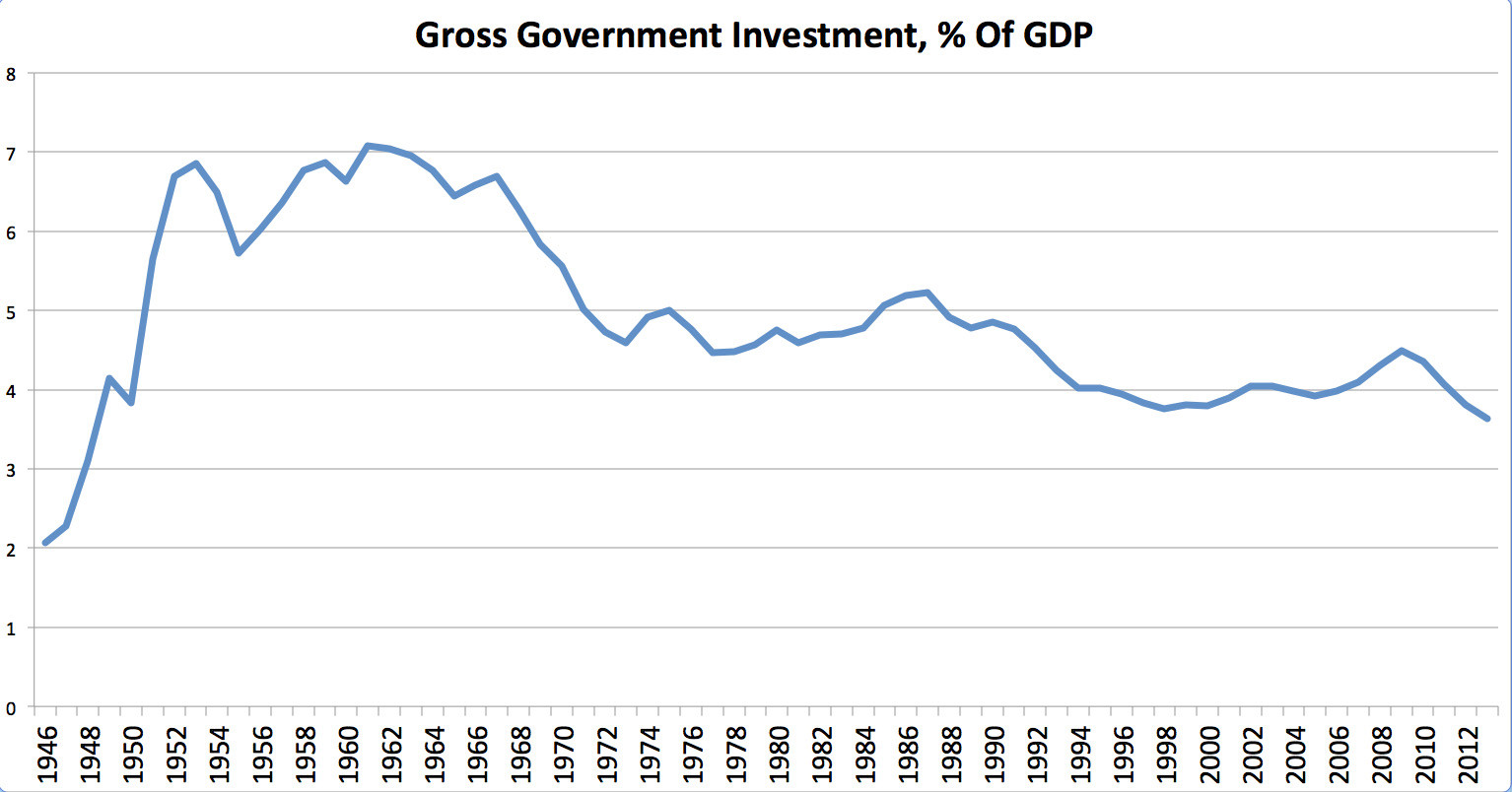 Government investment is what the government sector spends on buildings and equipment and research and development. It fell in the second quarter of 2013 to 3.6 percent, the lowest level since 1948. This is because, driven by Republicans' newfound religion about deficits, a conversion that miraculously occurred on Inauguration Day 2009, the U.S. government has slashed spending by the largest amount since the end of the Vietnam War, The New York Times reported earlier this year.

That is austerity, and it's a big reason -- maybe the big reason -- the recovery has been so sluggish. Yet Republicans still aren't satisfied, wanting another round of cuts, which is why we'll probably have another destructive budget fight all over again early next year.