Republican campaign consultant Scott Tranter appeared on a panel Monday hosted by the Pew Center on the States to discuss the long lines and voter ID controversies that plagued the 2012 election. In his comments, Tranter seemed to imply that he believed these issues were helpful to Republicans and should be pursued for that reason.

Tranter owns Vlytics, a company that was paid more than $3,000 by former presidential candidate Mitt Romney's campaign for "data consulting."

PHOTO GALLERY
7 Ways You Could Be Disenfranchised

Scott Tranter, Republican Consultant: Voter ID And Long Lines Help Our Side
7 Ways You Could Be Disenfranchised 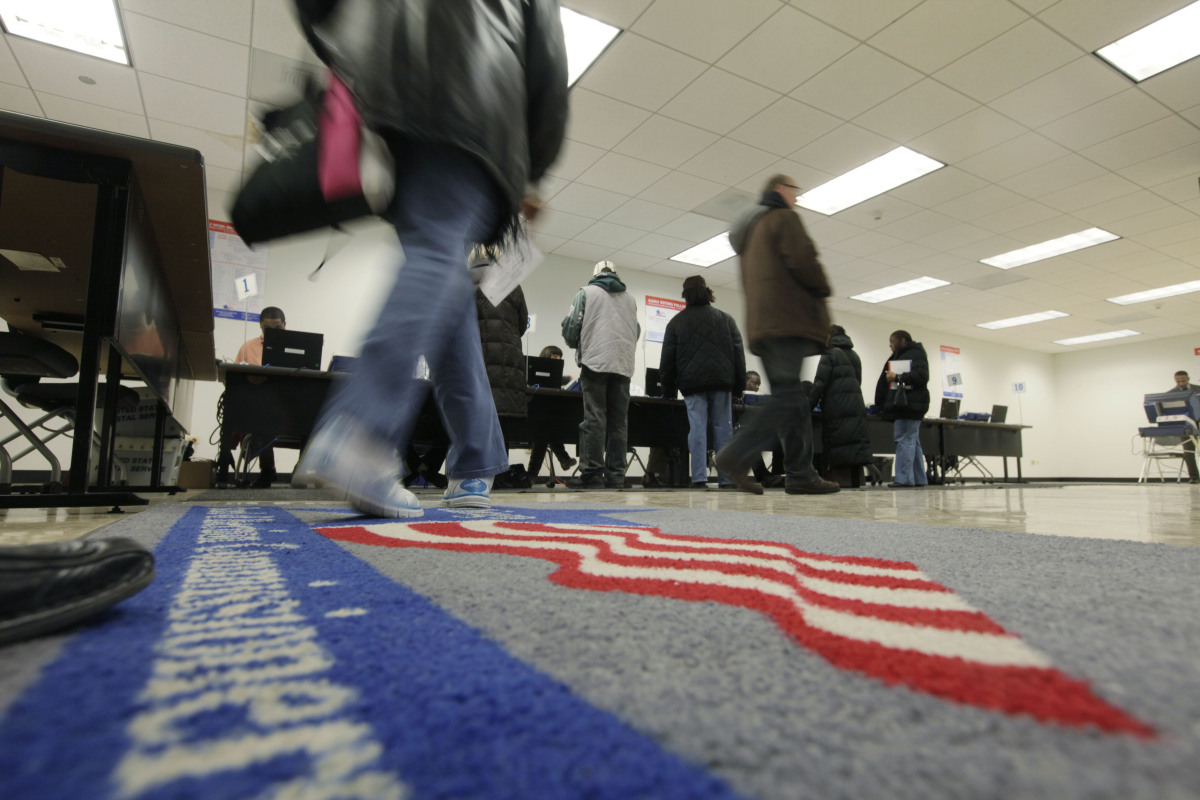 1 / 7
Pennsylvania
You're an average voter in Pennsylvania. The night before Election Day, your wallet goes missing, leaving you without immediate access to any of the identification you'll need to vote at your local precinct the following morning. This would be a problem under <a href="http://www.ncsl.org/legislatures-elections/elections/voter-id.aspx#PA" target="_hplink">Pennsylvania's proposed photo ID law</a>, since <a href="https://www.huffpost.com/entry/pennsylvania-voter-id-ruling_n_1919187" target="_hplink">blocked by a state judge</a>. While many people in this situation may have backup forms of identification, <a href="https://www.huffpost.com/entry/pennsylvania-voter-id-law_n_1652469" target="_hplink">studies have shown</a> that a significant percentage of would-be voters don't. The state's safeguard against the immediate disenfranchisement of people in this situation would be a provisional ballot cast on the day of the election. But this doesn't mean your vote counts, yet. Anyone who casts a provisional ballot is required to "appear in person at the county board of elections" within six days of the vote to provide proof that their ballot was valid. If you're able to take time away from your job to do this, the process still requires a would-be voter to either show up with valid ID -- a replacement driver's license <a href="http://www.dmv.state.pa.us/fees/index.shtml" target="_hplink">would cost $36</a> and considerable time -- or to sign an affirmation that you are indigent and not able to afford the fees associated with acquiring a photo ID. Even if you make a rapid and somewhat expensive turnaround to get a replacement ID -- or alternatively swear under oath that you are too poor to pay for such a document -- there is no guarantee that your vote will end up counting. Many elections are largely decided before provisional voters have a chance to verify their validity, which could serve to discouraging them from following up with election officials or leave them effectively disenfranchised. In 2008, <a href="http://www.eac.gov/assets/1/Documents/2008 Election Administration and Voting Survey EAVS Report.pdf" target="_hplink">only 61.8 percent</a> of all provisional ballots cast were fully counted. If strict photo ID measures were implemented, however, the number of provisional ballots submitted would likely increase, as would the requirements for voters hoping to make them count. <em>(Photo: AP)</em>