The National Republican Congressional Committee is doubling down on its use of websites that appear to be in support of Democratic House candidates but actually direct money to the Republican campaign effort. However, the NRCC said it would give refunds to donors who were confused or misled and contributed to the organization inadvertently.

Websites for Rep. Ann Kirkpatrick (D-Ariz.) and Rep. Kyrsten Sinema (D-Ariz.) have URLs that appear to be in support of the incumbent or candidate. 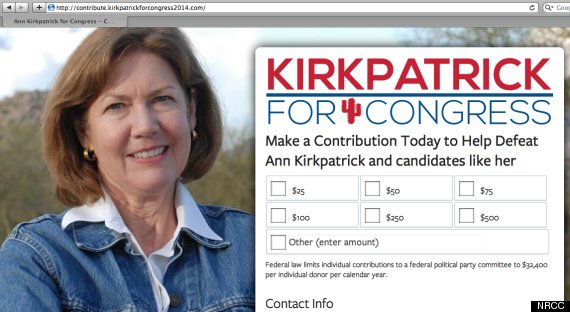 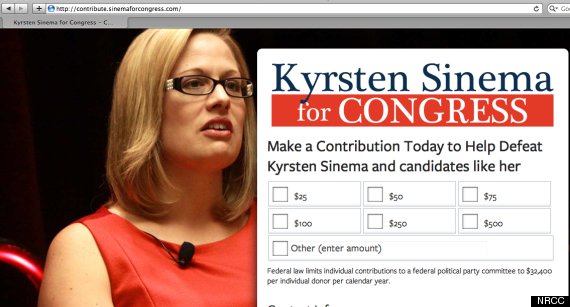 "Democrats are clearly pitching stories on these effective websites because they are worried about voters learning the truth about their candidates' disastrous records," NRCC spokeswoman Andrea Bozek told NBC News' Michael O'Brien. "Anyone who reads the website understand these are negative attacks. Also as required our disclaimer is at the bottom."

The Tampa Bay Times reported Monday that Ray Bellamy, a doctor from Tallahassee, had asked for a refund from the NRCC for the $250 he donated through a website which he thought would help Democrat Alex Sink. He claimed that the NRCC had denied his request.

"It looked legitimate and had a smiling face of Sink and all the trappings of a legitimate site," Bellamy told the newspaper.

In addition to offering Bellamy a refund, Bozek told The Huffington Post that the NRCC would return money to people who felt misled by the sites for other candidates. She suggested that anyone who doesn't notice the "defeat" word on the website is actually asking for a refund on behalf of the Democratic Party.

"We will refund any other Democrat plants who are asked to donate," she said.