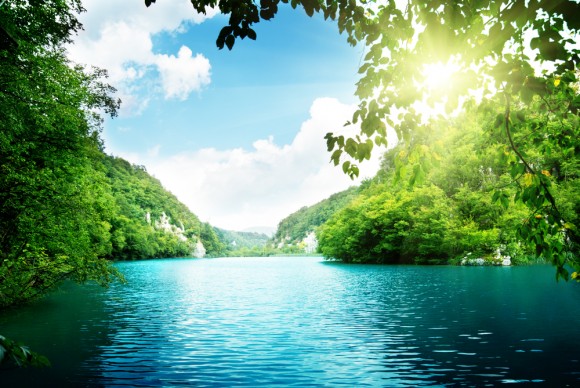 My pal Tina Beattie and I talk a lot about what it means to be a Republican who is deeply concerned about climate change. Tina is a founding member of the Moms Clean Air Force's Leadership Circle, and also the Chair of ConservAmerica; the president, Rob Sisson, is also a member of our leadership circle.

Nothing makes Tina crosser than to be labeled a RINO -- a Republican in Name Only -- just because she is an environmentalist. She is proud of the long tradition of conservation, stewardship and protection of our land, air and water, that were once the pride of the Republican party. She wants that commitment back. And, as a recent poll shows, it turns out so do many Republicans.

Tina is a mom who is raising her family in Arizona, but she and her husband have roots in Rhode Island, the Ocean State -- and a love for a place that I share with her. It is painful to think that if we don't slow down global warming, Rhode Island will one day be the Under the Ocean State; since 1993, the rate of sea level rise has increased over three times. That's only one of a million things that concerns Tina about climate change. She has been suffering through the intense new heat waves in Arizona, and has been dumbfounded by the clouds of dust that envelop her city (view Arizona dust cloud photos here). Climate change is not causing heat and haboobs, but it is intensifying them: our weather is on steroids.

Recent remarks from President Obama go even further to highlight his commitment to a bipartisan approach on climate change:

Look, my intention here is to try to get as much done with the Republican Party over the next two years as I can, because we can't have perpetual campaigns. And so I mean what I say. I am looking to find areas of common ground with Republicans every single day." ~ Pres. Obama

Highlights from the report contain topline results from a national survey of Republicans and Republican-leaning Independents:

Please read the full report -- it indicates very strongly that we can fight climate change -- without fighting each other, politically. We need the will to focus, and the wherewithal to try any and every solution at hand. The problem is urgent. On that, Republicans and Democrats can agree.