Almost a decade ago, then-Massachusetts Gov. Mitt Romney delivered a State of the Commonwealth address in which he struck a now familiar pose. Here was the tough-minded leader come to deliver fiscal discipline. Yet even as he proposed substantial budget cuts, he included a rhetorical nod that now stands out as a reminder of how much he and his party have changed.

Lest you are tempted to brush this off as an anomalous quote from a then-moderate governor of the state that produced Ted Kennedy, consider Ronald Reagan's words as he accepted the Republican nomination for president in 1980. Tucked into a speech mostly devoted to pledges to trim the government, he added this: "We Republicans believe it is essential that we maintain both the forward momentum of economic growth and the strength of the safety net beneath those in society who need help."

We are unlikely to hear similar words from Romney this week as he takes the podium at the Republican National Convention in Tampa, Fla., to accept his own nomination for the presidency. Not unless he is inclined to risk being hauled from the stage by the mob of ideological extremists who have captured his party.

In the modern-day Republican camp -- a tribe that would have cast out Richard Nixon, Gerald Ford, George H.W. Bush and even Reagan as namby-pamby liberals -- disdain for the poor is embraced as a virtue, a signifier that sentimentality will not get in the way of dismantling the social safety net.

People who depend upon the aid of the government via food stamps, unemployment checks and mortgage relief are typically written off as parasites and losers. (Meanwhile, corporations that depend upon government largess for bailouts and subsidies are celebrated as paragons of free enterprise, but that's another matter.)

Romney's lexicon has simply been excised of words like "generosity" when it comes to the poor, along with other problematic nouns such as "Massachusetts," "health care," "diplomacy," and "Cayman."

But as the party faithful gather for the coronation, it is nonetheless worth listening to hear what, if anything, they have to say about poor and vulnerable Americans, because the poor and vulnerable constitute a rapidly growing slice of the population.

Republicans can ignore them, demean them, work around them or punish them, but in any scenario poor Americans and close-to-poor Americans are not going away anytime soon.

Back in early 2003, when Romney promised continued generosity for the poor of Massachusetts, his state had an unemployment rate of 5.7 percent. The nation he is vying to lead today has an unemployment rate above 8 percent. Add in people who are working part-time jobs because they can't find full-time positions and people who have given up looking altogether and the so-called underemployment rate swells to 15 percent.

Some 46 million people -- more than 15 percent of the nation -- are officially poor. Tens of millions of formerly middle-class families are threatened with joining their ranks. Food banks, unemployment offices and homeless shelters from California to Florida are crammed full of people who, for the first time in their lives, are there asking for help.

Some 85 percent of self-identified middle-class Americans complain that maintaining their standard of living today is more difficult than it was a decade ago, according to a study released last week by the Pew Research Center. Far from an illusory sense of trouble, such sentiment reflects a grim reality: The last decade saw mean family incomes drop for Americans of nearly every income group, the first such decline since the end of the great post-World War II economic expansion, Pew noted.

You can parse the data however you like. You can apportion blame as suits your story -- the Bush tax cuts, the wanton embrace of taxpayer-supported gambling on Wall Street, outsourcing, the rise of China, Obama's feckless economic policies, Republican obstructionism. But the ending looks like this: Millions of people who used to have enough savings to get them through a rough patch don't anymore, making them extremely vulnerable.

No matter what happens now, regardless of who lives in the White House next year, tens of millions of Americans are going to face difficulty finding work, paying their bills, supporting their children and securing health care. They are going to need help.

Romney knows this, but that may now be irrelevant. He and his running mate, Paul Ryan -- who plays a fiscal conservative on the stump while handing out tax cuts to rich people -- have branded themselves the guys who will take an axe to government spending. If they win, they will be beholden to those who wrote the checks to engineer their victory -- mostly major corporations and their executives, who are keen on paying as little in taxes as possible. They have promised to gut the safety net. Walking that back would be both politically dangerous and arithmetically impossible, given their tax cut promises.

Romney and Ryan are running a campaign centered on turning out their base in abundant numbers while depressing turnout among likely Obama supporters, with barriers at polling places (impeding low-income and minority voters), and a relentless stream of cynical television advertising that seems designed to disgust and exhaust all but the hardiest citizens.

Disparaging the poor and vowing to take apart the social safety net may turn out to be good politics for the Republicans this time, because it appeals to those inclined to see Obama as a champion of big government. For middle-class people threatened with downward mobility, rejecting government as a source of wasted expenditure is a natural impulse. This is how we got President Reagan: Wage growth had been stagnating and many people needed more cash, making tax cuts compelling.

But the Republican gimmick of promising prosperity through tax cuts while handing most of the loot to the wealthy can only work for so long. Most Americans get how this story played out during the splendiferous reign of George W. Bush.

As more middle-class families suffer growing proximity to poverty, Republicans will face greater electoral risks in ignoring the needs of people who require help. More than merely heartless, this strategy will widen the distance between Republicans and the experiences of Americans who used to feel secure and don't anymore. 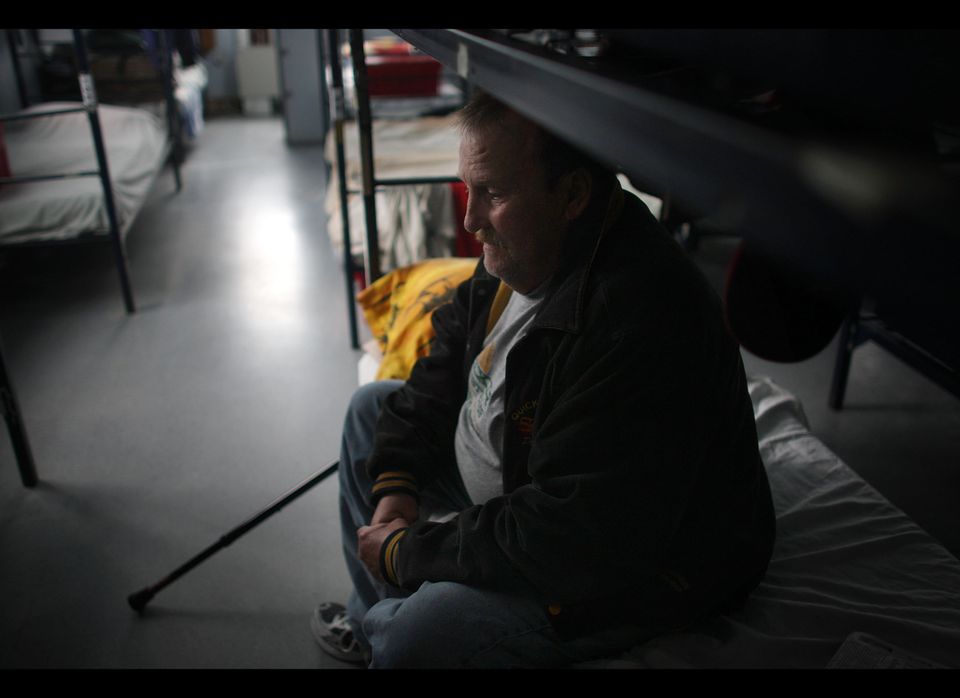